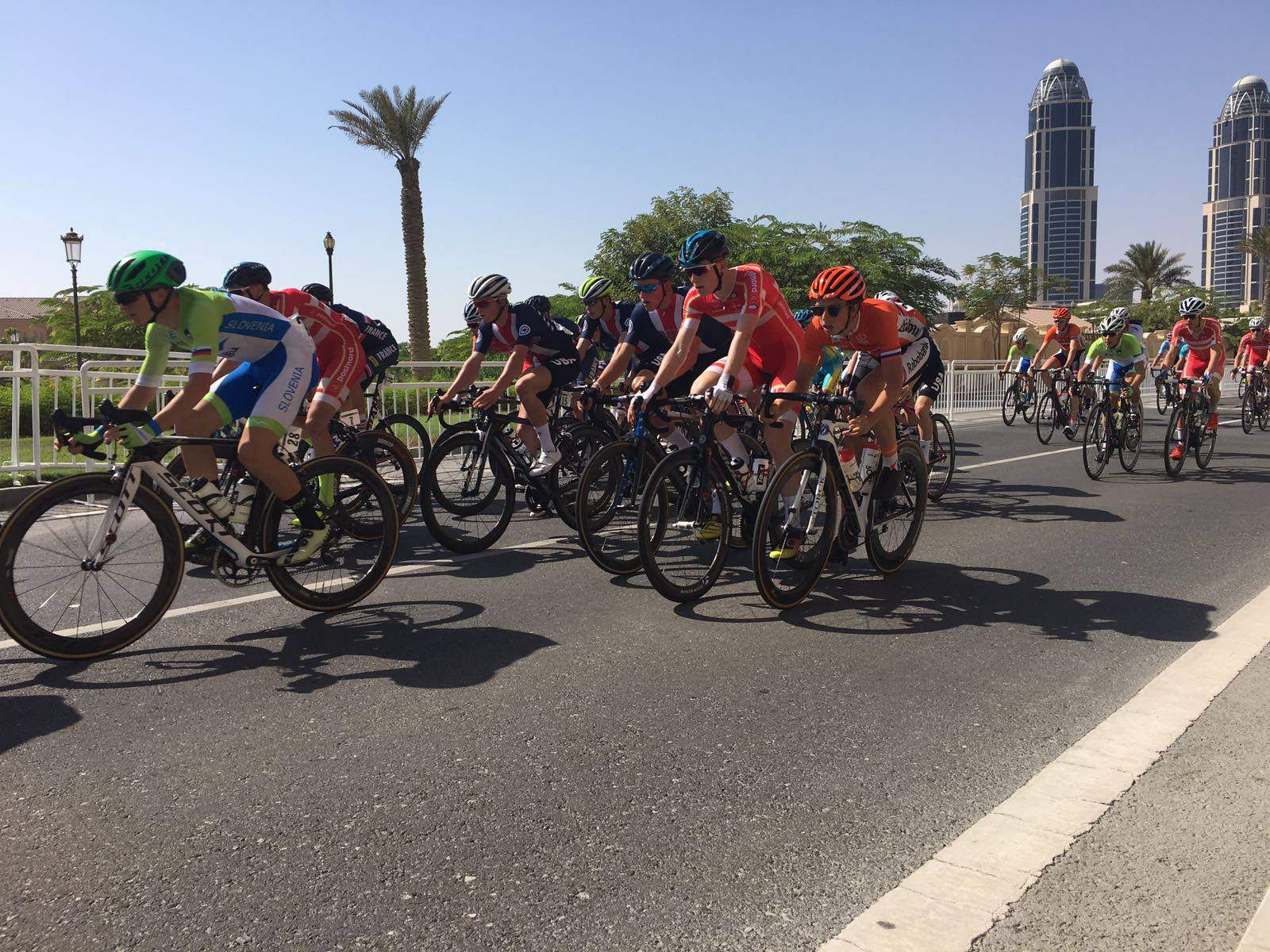 Johansen got away first and then Egholm joined him before riding clear on his.

“I can’t believe it. It’s too crazy. I wasn’t expecting this,” he said.

“I haven’t won a race since the Morbihan Nations Cup in May. I went into the race with the expectation of working for my teammate who’s a sprinter. We were convinced it would be a bunch sprint. But when we went in the breakaway I started to sit in the back of the group and take it as easy as I could. With 10km to go I took a turn and then my teammate Julius (Johansen) went for it. Nobody was on my wheel, so I thought maybe I could go after him and we could make it to the finish line. Sadly he didn’t have the power left in the legs to follow me all the way, so I figured why not, just go for it. If I couldn’t do it, I couldn’t do it. I had nothing to lose.”

“I didn’t think I had the power to do it in my legs, but apparently I have. Maybe it was luck, but I’m world champion now and I can thank my team. I just can’t believe it.”

“It’s so unbelievable, it’s so crazy I wouldn’t have dreamed it. It’s something the best in the world do, but I didn’t think I was one of the best. I just signed a contract with the Danish Giant team. I’m really looking forward to the U23 next year. It gives me some opportunities I wouldn’t have had before. But first I want to enjoy this win. It will stay with me for the rest of my life.”

A group of 11 riders marked the day’s first breakaway.

However, the group never achieved more than a one minute advantage over the chase.

The French and Dutch squads tried to lead the chase but failed to close to the gap on the attackers. Italy’s Moreno Marchetti tried to inspire a counter-attack but the move was controlled by the peloton. The front group led by a minute with one final lap left to race as McNulty generously helped control some attacks. They would fight for the rainbow jersey.

After several moves were pulled back, Johansen accelerated away with nine kliometers to go, tucked into an aero position as he used all his energy to distance his rivals. Egholm saw his chance and surged across to his teammate. He then continued on alone when he realised Johansen was tired.

Brunel made a brave chase but was eventually caught by the rest of the attack. Edholm seemed to struggle too after a huge effort to hold a 20 second lead but found some inspiration and energy in the final two kilometer and was able to stay away and celebrate a solo world championship victory.