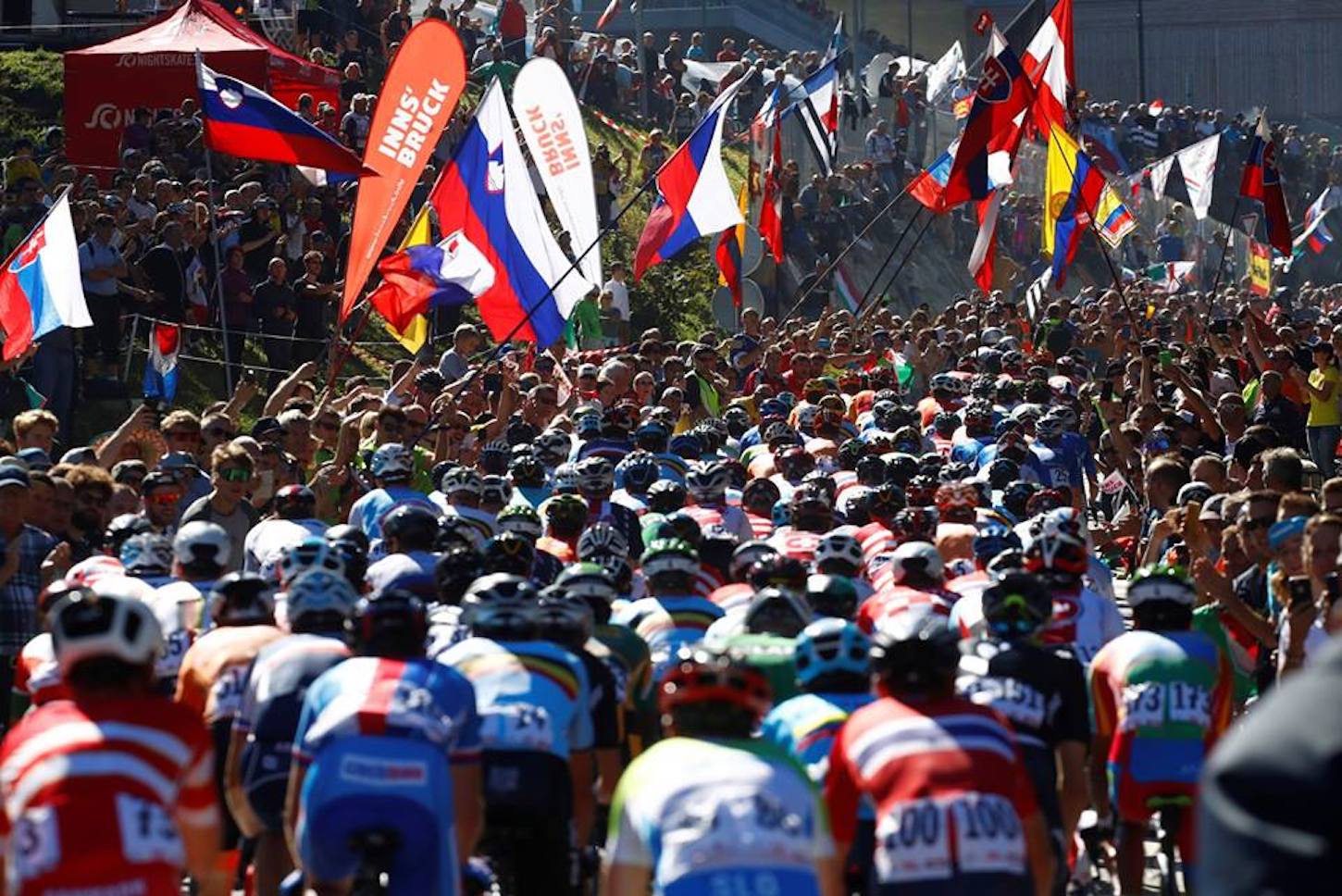 In a four-way sprint for gold, Valverde kicked clear to win by a bike length ahead of Bardet and Woods, with Dutchman Tom Dumoulin – who caught the leading trio with just two kilometers remaining – missing out on the medals.

Italy’s Gianni Moscon completed the top five at 13 seconds while pre-race favorite Julian Alaphilippe of France had to settle for eighth place after being dropped on the steep 28% ramps of the decisive Gramartboden climb inside a compelling final 10km.

Meanwhile, Defending champion Peter Sagan of Slovakia, who was gunning for a record-extending fourth consecutive world title, was dropped by the main pack with more than 90km remaining before calling it a day.

It was left to Sagan, the outgoing champion, to present the gold medal to an emotional Valverde on the podium as the new rainbow jersey celebrated in front of a crowd that included Spain’s last World Champion, Oscar Freire, whose third title came in 2004.

At 38 years, five months and five days, Valverde is the second oldest World Champion after the Dutchman Joop Zoetemelk, who won in 1985 aged 39.

Valverde’s victory came 15 years after the Spaniard took the silver medal in the 2003 world championships in Hamilton behind compatriot Igor Astarloa. He since won silver in 2005 at Madrid and four bronze medals at Salzburg (2006), Valkenburg (2012), Florence (2013) and Ponderrada (2014).

There were attacks from the gun as riders from smaller countries looked to make their mark, knowing they wouldn’t be in contention later on. After 10km, a group made it out front, with Rob Britton (Canada), Tobias Ludvigsson (Sweden), Kasper Asgreen (Denmark), Ryan Mullen (Ireland), Daniil Fominykh (Kazakhstan) and Vegard Stake Laengen (Norway) up the road.

The advantage for the eleven leaders peaked at 19 minutes as they crested the first climb of the day at Gnadenwald. As the riders hit the circuit and the Igls climb, the first abandons of the day came, but there was nobody major among the casualties.

With 60km left to ride, Primož Roglič (SLO) was brought down in a crash as pressure built on the breakaway, which was reduced to just four riders with a five minute lead.

Roglič was able to rejoin the race on the penultimate lap.

Olympic champion Greg Van Avermaet (BEL) kicked off a dangerous attack on a short, sharp climb near the finish with 54km remaining, followed by Damiano Caruso (ITA), and Omar Fraile from Spain.

That trio comfortably pulled out a 30 second advantage and prompted a slew of responses from the peloton, including by the German and Dutch teams.

Van Avermaet’s group were caught on the penultimate run up Igls, but the injection of pace put big names under strain.

At the front of the race, only Asgreen and Laengen remained from the breakaway with a 2-40 advantage at 35km left to ride, as a large peloton crested the climb.

Heading into the final lap, the breakaway’s gap tumbled rapidly on the lower slops of Igls as Italy put up a unified front at the head of the peloton in anticipation of Höttinger Höll.

Michael Valgren (Denmark) took a 30-second lead onto the climb, but leading the peloton, France had other plans. Breaking away from the front of the peloton with Julian Alaphilippe, Thibaut Pinot and Bardet, they took Woods, Valverde and Gianni Moscon (Italy) with them.

After the Canadian attacked on the steepest slopes, it was just him, Bardet and Valverde up front, with Dumoulin chasing behind. The Dutchman caught on with 2km to go, setting up a grand finale.

Dumoulin attempted an ambush attack in the final kilometre, but was quickly shut down. Surprisingly, there were no attempts from the other men, with the trio happy to compete against Valverde in the sprint to the line. After that, there was only ever going to be one outcome.

Having come so close to the rainbow jersey in the past – he has four bronzes and two silvers over the 11 editions of the race he’s competed in – Valverde was understandably emotional after the finish.

“It’s incredible,” he said. “Fighting, fighting, it’s a dream. I have to thank the team because they were a ten [out of ten]. I was saving it for the sprint and the truth it’s just something incredible. This has been a dream of mine to be a world champion.”