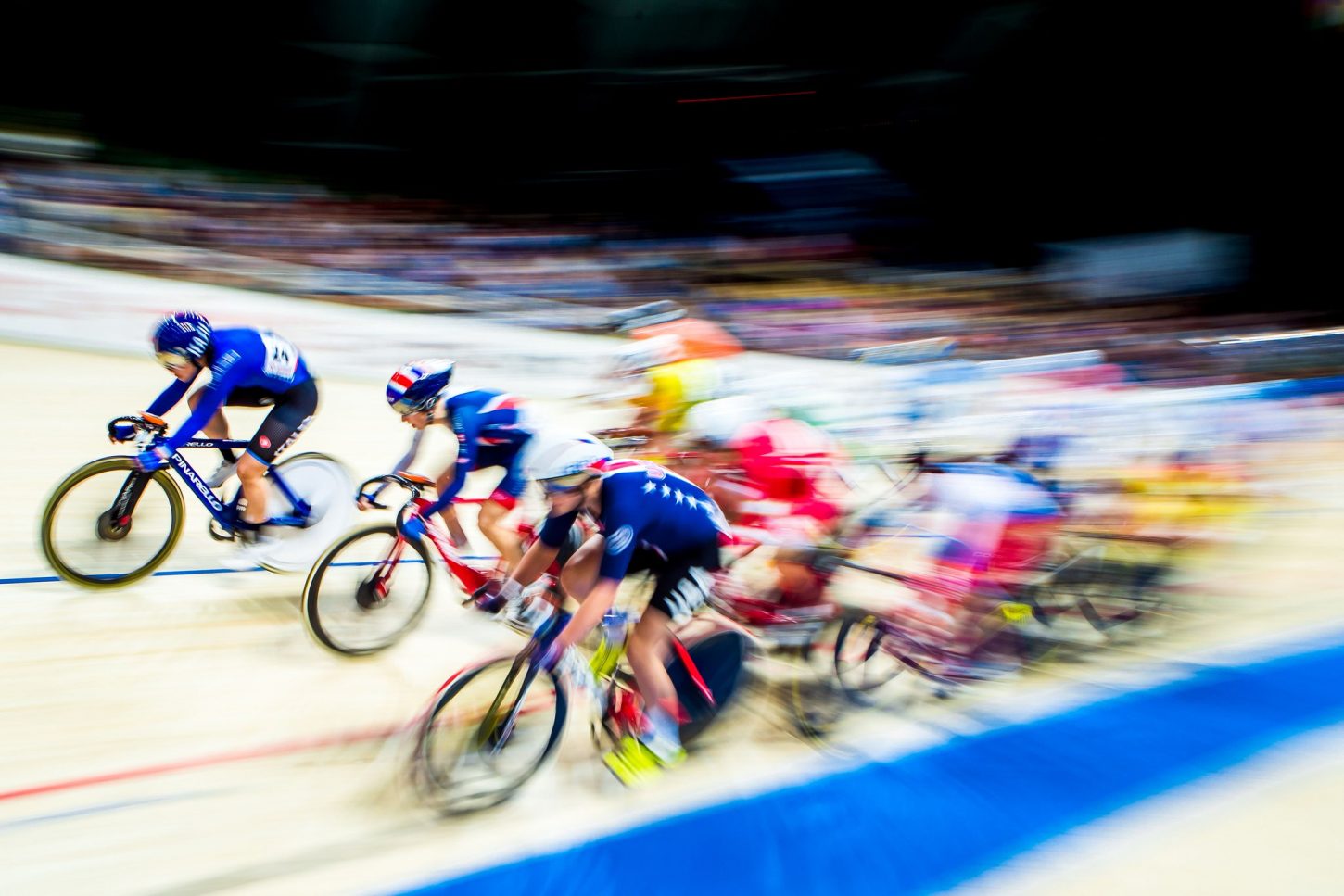 In less than two weeks’ time, the world’s best track cycling specialists will descend on Pruszków, Poland, for the most important competition of the season, the UCI Track Cycling World Championships presented by Tissot.

It is 10 years since the Arena Pruszków last hosted the Track Worlds: ten years during which the discipline has evolved, some athletes have retired, and others have remained at the top of their game. We look back at some of the performances and events that marked the 2009 UCI World Championships in Pruszków.

Poland’s first indoor velodrome opened in 2008, just the year before welcoming the stars of track cycling to Pruszków, on the outskirts of Warsaw. In 2009, women were still playing catch-up in track cycling: the Women’s Omnium was added to the World Championships program for the first time, but the Women’s Madison was still absent, meaning there were 10 events for men, and nine for women.

After dominating the previous year’s Worlds in Manchester and the track events at the Beijing 2008 Olympics, Great Britain was expected to do the same in Pruszków. However without Chris Hoy (injured) and Bradley Wiggins the British men failed to claim a single gold medal.

One of the young stars in Pruszków was American Taylor Phinney who, at just 18 years old, won the individual pursuit, beating Australia’s Jack Bobridge by almost 3 seconds in the final. During qualifications, Phinney had broken his own US record, lowering it to 4:15.160. The American youngster also took the silver medal in the kilo.

The French sprinters Grégory Baugé, Mickaël Bourgain and Kévin Sireau dominated the team sprint, and took gold (Baugé) and bronze (Sireau) in the individual sprint. It was Malaysia’s Azizulhasni Awang who deprived France of making a clean sweep of the Men’s sprint podium in Pruszków. Aged just 21 at the time, Awang was one of the big revelations of the 2009 season, having won the UCI World Cup in the keirin. Little did the “Pocket Rocketman” know that it would take until 2017 to finally win a rainbow jersey, also in the keirin, in Hong Kong. The Malaysian star is still among the world’s best, twice featuring on the keirin podium at this season’s Tissot UCI Track Cycling World Cup.

Denmark proved strong in the team events in Pruszków, taking gold in the Men’s team pursuit and the Men’s Madison. Alex Rasmussen was part of both these teams in 2009, the year of his first professional road contract, with Saxo Bank.

The now-famous German athlete Maximilian Levy claimed his first Elite World title in Pruszków, beating François Pervis (France) and Teun Mulder (the Netherlands) in the keirin. Bronze medallist last year in Apeldoorn, Levy will not return to Pruszków this year as his wife is expecting a baby during the competitions.

Other 2009 UCI World Champions of note were UCI WCC trainee Guo Shuang (China) in the keirin and Giorgia Bronzini in the points race. The Italian rider, then 25, went on to become UCI World Champion on the road in 2010 and 2011 and is now Sport Director with UCI Women’s Team Trek-Segafredo.

Meanwhile Lithuania’s Simona Krupeckaité could well have high hopes for a second world title in Pruszków this year. Gold medallist in the 500m time trial in 2009 and in the keirin the following year, Krupeckaité is now 36 years old and still strong, most recently finishing third in the sprint at last month’s final round of the 2018-2019 Tissot UCI Track Cycling World Cup in Hong Kong.