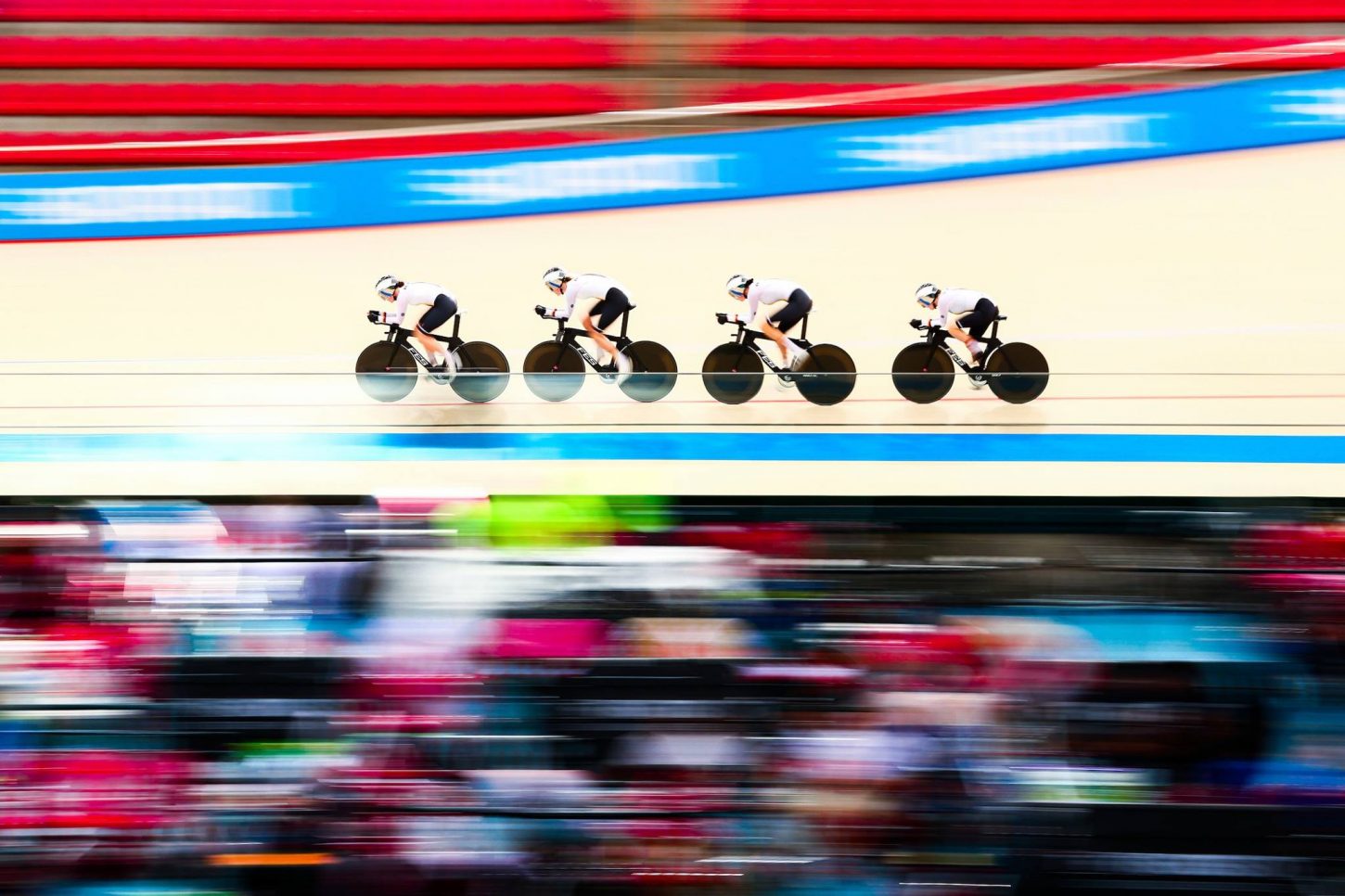 One week after the North American stop on the 2017-2018 Tissot UCI Track Cycling World Cup in Milton, Canada, the series traveled to Santiago, Chile, for the fourth round, on December 9-10. This is the first time the UCI World Cup has taken place in Chile, with the track offering a visibly stunning backdrop of mountains. The track was completed in 2013 and hosted the South American Games in 2014, and is the home of Chile’s track team.

The Ukraine, New Zealand and Japan were the dominant nations, with the Ukraine taking the most medals at 7 (2 gold, 1 silver, 4 bronze). However, New Zealand finished with the most gold medals at four, plus one silver. Japan also took five medals (2 gold, 2 silver, 1 bronze). Yumi Kajihara of Japan won her second straight Omnium event, while there were new riders on the top step for the women’s sprint events, when the remarkable Kristina Vogel of Germany decided not to attend Santiago after sweeping the sprint, keirin and team sprint events in the first three rounds.

All the results by Tissot

At only 20 years of age, Yumi Kajihara of Japan, a former UCI World Cycling Centre trainee, has burst onto the international stage this season in the women’s Omnium. Kajihara finished 11th in the Omnium at the 2017 UCI Track Cycling World Championships after winning the Asian Continental Championships in the Omnium and the points race, but so far the 2017-2018 season has gone from strength to strength. She was sixth in the second round of the Tissot UCI Track Cycling World Cup, and has won the third and fourth rounds. In the third round, in Milton, Canada, Kajihara won all four events.