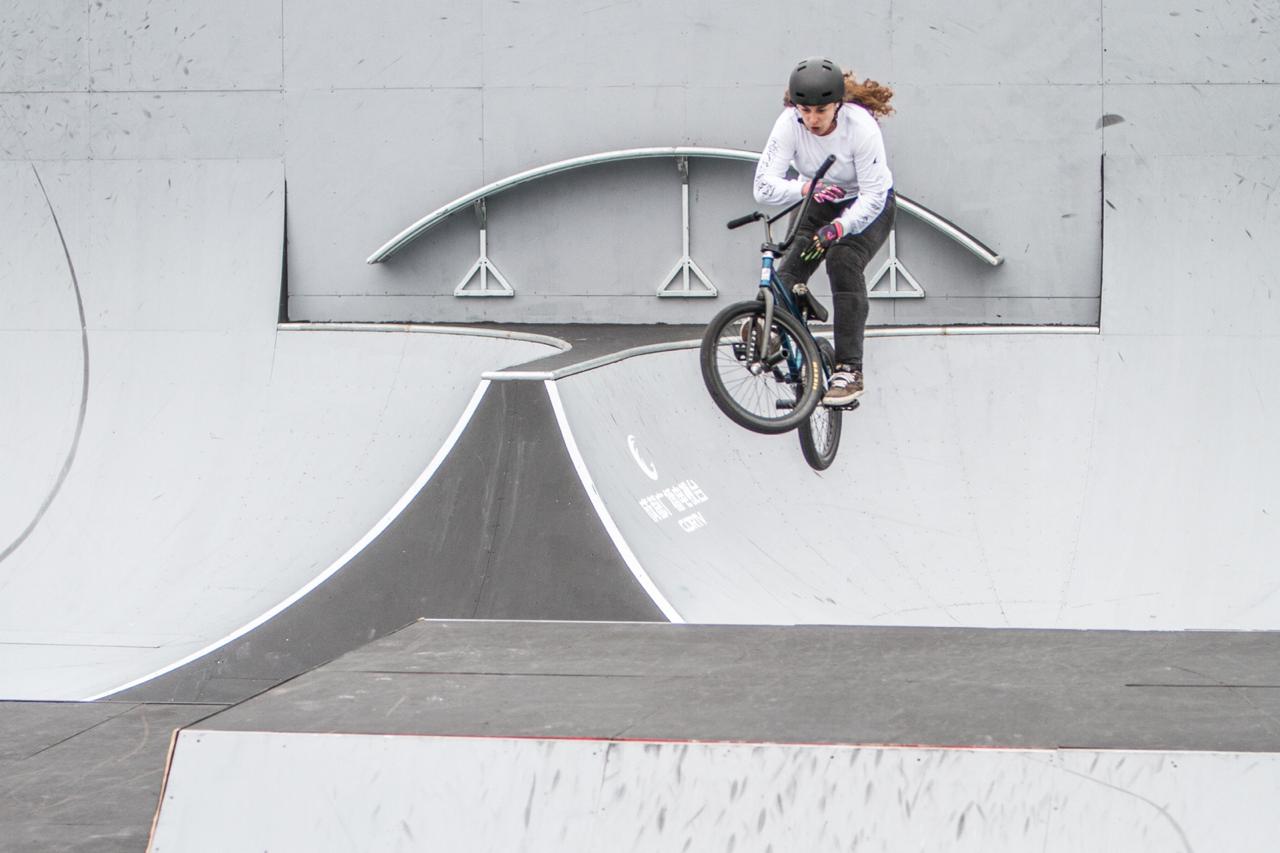 The third edition of the UCI Urban World Cycling Championships takes place this week in Chengdu, China. The competition brings together Trials, BMX Freestyle Park and BMX Freestyle Flatland for five days of intense and spectacular riding. More than 200 competitors from 37 different counties will be taking part at a stunning venue which features technical competition terrains designed to test the riders’ skills to the max.

In the trials competition Germany’s Nina Reichenbach will look to secure her fourth consecutive Women’s world title. However, she’ll have to contend with Spain’s teenager Vera Barón who is competing in the UCI Urban World Cycling Championships for the first time. Barón caused an upset in this year’s UCI Trials World Cup, beating the favorite, Reichenbach, and finishing top of the overall placings thanks to wins in two rounds.

Upon arriving in China, Reichenbach told us, “I am really looking forward to the competition and riding in some nice races to reach my goals and become UCI World Champion 2019. I hope the courses will have really cool and exciting sections, so we can all really show how we’re able to ride our bikes.”

Jack Carthy (GBR) has been dominant in the Men’s 26” category over recent years, winning the last three UCI World Championships. While he’s been at the top of his game in 2019, winning all three World Cup rounds to secure his fourth overall win, he’s been closely shadowed by Nicolas Vallée (FRA) who finished second throughout.

Pechhacker seemed relaxed during the build-up to the competition: “It can’t really get better than my win last year except if I can repeat the title. I just want to have fun and give my best. If I manage to do so, then I’m happy no matter the result.”

Dominik Nekolny (CZE) has been in excellent form all year and was top of the world rankings before Chengdu. However, he was not at his very best in last weekend’s World Cup – also in Chengdu -, having lost his bike and been forced to ride a loaned replacement in the qualifying rounds.

Nekolny’s bike finally turned up in time for the finals, However, it was Japan’s Moto Sasaki who got the winning score to take this year’s World Cup win. Matthias Dandois (FRA) finished second, while Nekolny managed third place. Title favourite Nekolny will aim to win the inaugural UCI BMX Freestyle Flatland Men’s World Championship, but faces stiff competition in Sasaki and Dandois.

However, it’s a different group of riders that are currently in top form after last weekend’s final round of the Freestyle Park World Cup in Chengdu. With the Men’s finals hit by bad weather, the highest placed riders from the semi-finals were awarded the podium finish: Rimu Nakamura (JPN) took first place, with Declan Brooks (GBR) in second and Nick Bruce (USA) third.

It was an all-American podium in the Women’s BMX Freestyle Park World Championships last year, with Perris Benegas in top spot followed by Angie Marino in second place and Hannah Roberts in third. Roberts and Benegas look to be bang in form this year too, as they finished first and second respectively in the weekend’s World Cup competition, while Charlotte Worthington (GBR) picked up third place. It looks like a serious battle will be on the cards between the two American riders for the 2019 UCI World title.