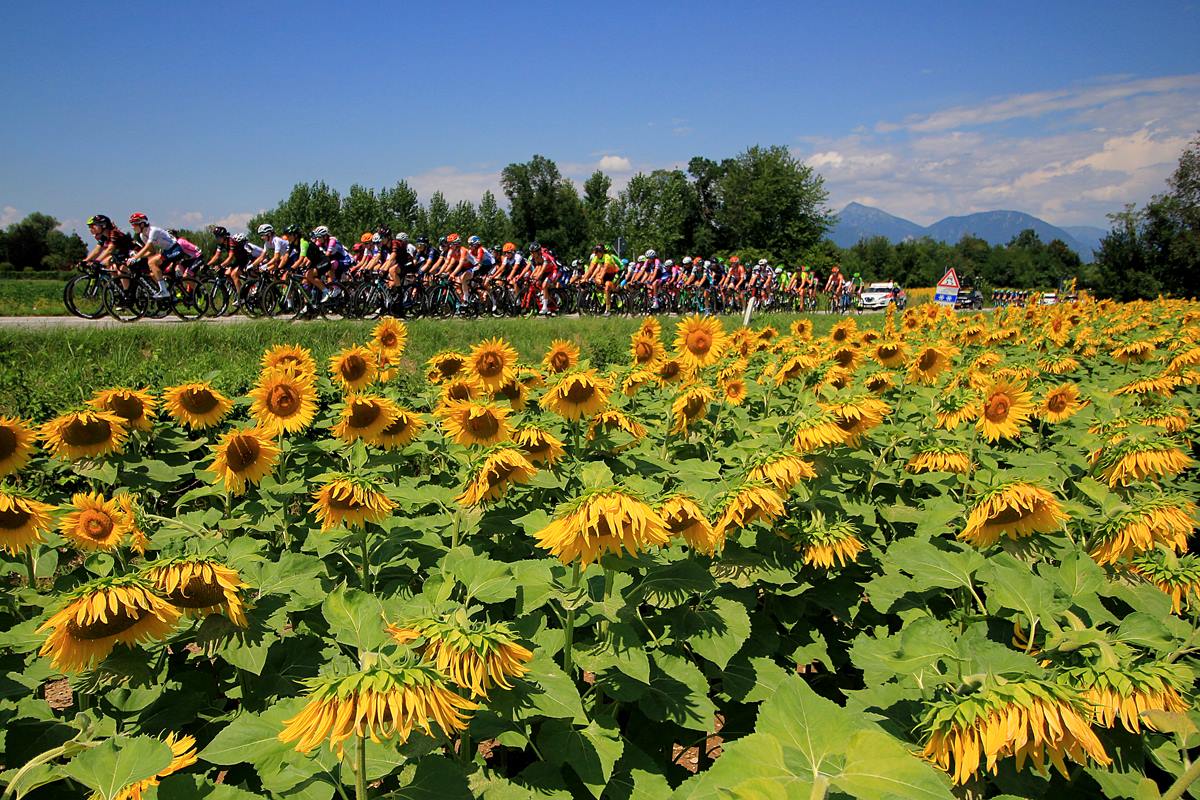 The Giro d’Italia Internazionale Femminile, was won by Mitchelton Scott’s Annemiek van Vleuten who put on a truly fantastic performance to take the Maglia Rosa.

Team Sunweb dominated the early part of the race, winning two stages and the first Maglia Rosa, but it was on stage 6 that the Australian team came to the fore, Amanda Spratt winning the uphill finish to Gerola Alta.

That result gave Spratt the race lead, but van Vleuten’s second place was enough to move her up the general classification into third.

The following day’s mountain time trial to Alpe Gera di Campo Moro provided a brutal test, and as time trial UCI World Champion, van Vleuten took full advantage, putting nearly 2.30 into her rivals. The entire 15km route was uphill, but while the rest of the peloton opted for road race bikes, van Vleuten stuck with her time trial bike, crossing the line in the traditional aerodynamic crouched position to take the overall lead.

The Dutchwoman then capitalised on this win with two further stage victories.

Stage nine saw the race reach the top of one of cycling’s toughest climbs, Monte Zoncolan. The numbers are remarkable: a summit of 1750m, a 10.1km ride with 1297m metres of ascent, and gradients that reach 22% in places. This climb was first tackled via Ovaro in the men’s 2007 Giro d’Italia, and this time it was van Vleuten who was once again victorious, despite the flood-like conditions following a summer thunderstorm. On a difficult surface and into a strong headwind, she gained even more time on her nearest rival, Ashleigh Moolman-Pasio.

Then, on the tenth and final stage she was able to attack once again, winning a third stage and with it a dominant victory in the race.

Despite her absence from the race Anna van der Breggen continues to lead the UCI Women’s WorldTour individual standing, though Amanda Spratt’s third place in Italy means she is closing in at the top.

After finishing 21st overall and winning the Under 23 classification in Italy, Sofia Bertizzolo has strengthened her lead in the youth standings.

At just 23 years old Eider Merino made a big impression in the recent Giro d’Italia Internazionale Femminile. Finishing eighth on general classification, she was a close fourth in the race’s queen stage to the top of one of the sport’s toughest climbs, Monte Zoncolan, performing well on the tough, mountainous courses.

Her arrival on the world scene has not come overnight. Merino has been riding at professional level since joining the Lointek team for the 2013 season, since when she has made a steady progression each year.

Her biggest leap, though, has come this year, since joining the Movistar Team at its inception. Last month she took her first professional win at the Spanish National Road Championships, just days after finishing second in the time trial, proof that this extremely adept climber is improving in other areas.

Should that improvement continue at the current rate, do not be surprised if Merino is challenging for the sport’s highest honors.