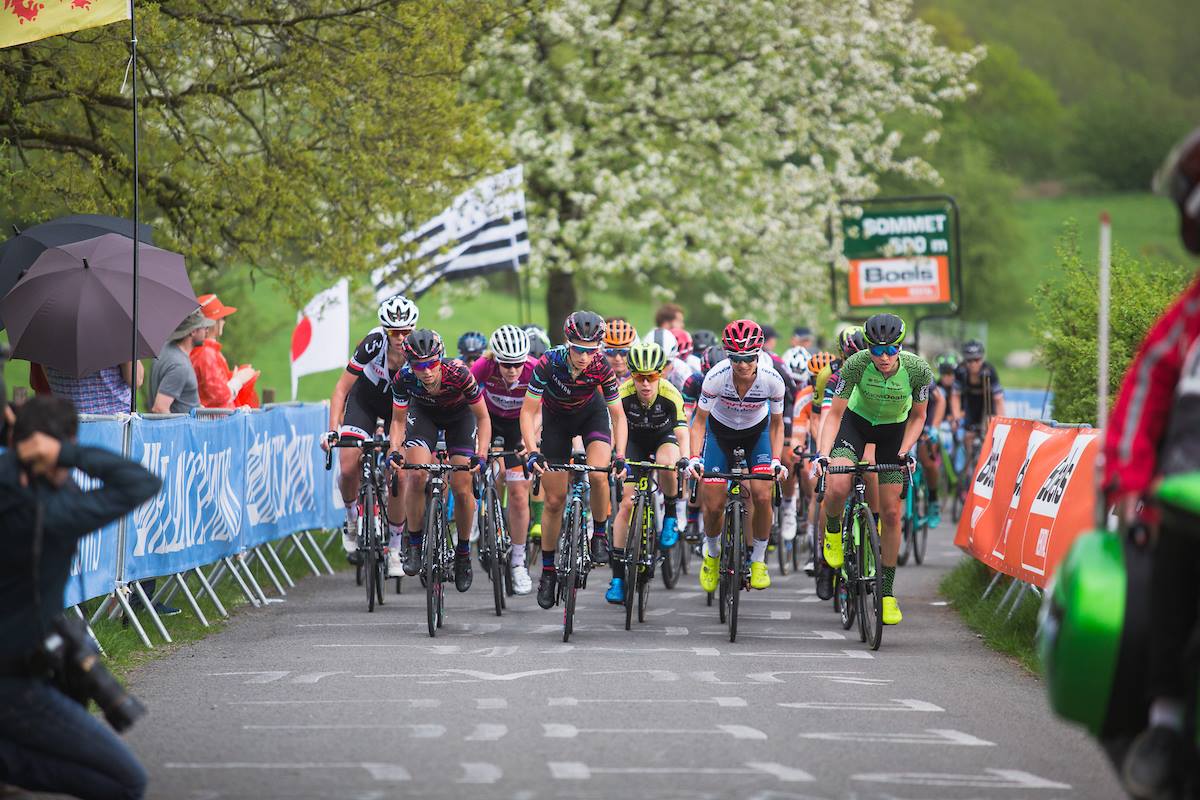 Anna van der Breggen (Boels Dolmans Cyclingteam) is the unchallenged queen of the Ardennes. On Sunday, the UCI Women’s WorldTour 2017 overall winner defended her victory at Liège-Bastogne-Liège Femmes, four days after doing the same at La Flèche Wallonne Féminine. She missed out on a second consecutive Ardennes’ Triple due to tactical reasons: at the Amstel Gold Race Ladies a week ago, her teammate UCI World Champion Chantal Blaak won from a breakaway, whilst van der Breggen had to sit and wait in the peloton.

At the end of the UCIWWT classics campaign, van der Breggen sits comfortably in the lead of the UCI Women’s WorldTour Ranking. The Dutchwoman has 808 points and leads by 270 points over teammate Blaak. Spratt, who had a stunning Ardennes’ week as well, finishing all three races in the Top 5, sits in third place with 520 points as we enter part two of the UCIWWT season.

Winning the European Championships in Nyon (SUI) in July 2014, Sabrina Stultiens was one of the most promising young riders in the peloton. She went on to win the Youth Classification of La Route de France a month later, and in 2015 moved from Rabobank to Liv-Plantur, clocking up some solid results.

While 2016 was tipped to be her breakthrough year, a knee injury put the then 22-year-old out of action for the whole season. In 2017, the Dutchwoman fought her way back into the peloton and rode a strong Giro d’Italia Internazionale Femminile (11th). Riding for WaowDeals Pro Cycling Team in 2018, she has made another leap forward with 7th place at La Flèche Wallonne Féminine and 6th at Liège-Bastogne-Liège Femmes. Watch out for her.