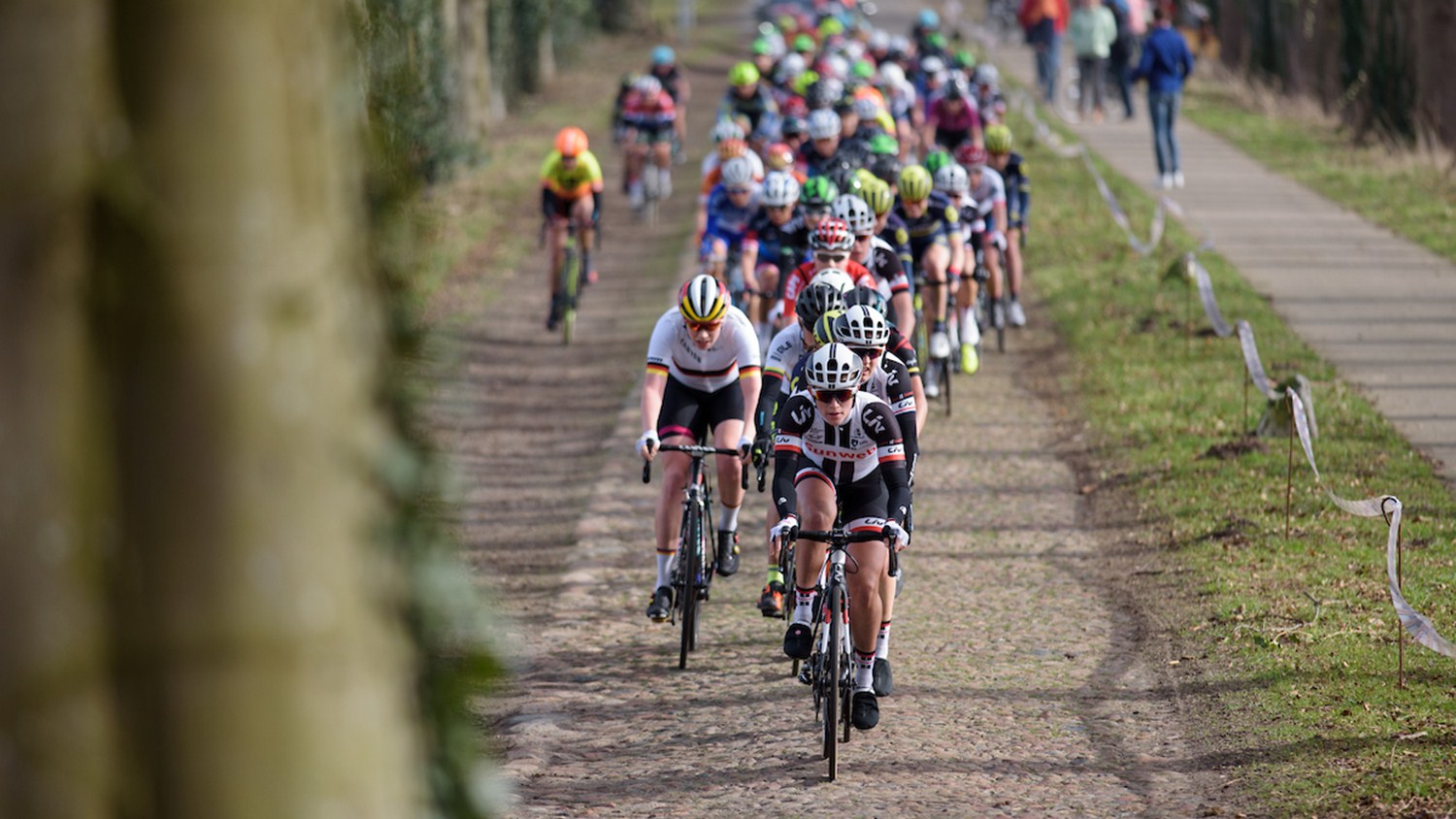 It only took four races and a little over 500 kilometers for Amalie Dideriksen (Boels Dolmans Cyclingteam) to take her first win wearing her UCI World Champion rainbow stripes. In the second event of the UCI Women’s WorldTour, the Ronde van Drenthe, the 20-year-old Dane again showed how strong her sprint is, winning the four-way sprint ahead of Elena Cecchini (Canyon SRAM Racing) and Lucinda Brand (Team Sunweb) to also take the blue UCIWWT Young Rider jersey.

Elisa Longo Borghini (Wiggle High5) took 4th place and kept the purple jersey of the UCIWWT Overall Leader. She was one of a few strong climbers – together with Annemiek van Vleuten (Orica Scott) and Marianne Vos (WM3 Pro Cycling) – who came to the flat lands of Drenthe and proved again to be in top form just one week before her home race, Trofeo Alfredo Binda-Comune di Cittiglio, in the Italian mountains of Lombardy.

She cried tears of joy after finishing ninth in Siena at the Strade Bianche. “I wouldn’t have dreamed of this,” Cecilie Uttrup Ludwig (Cervelo – Bigla Pro Cycling Team) said after taking the blue jersey as first leader of the 2017 UCIWWT Young Rider classification. The 21-year-old Dane was overwhelmed by her biggest success in cycling so far, but just a week later she went on to win the Setmana Ciclista Valenciana – a new stage race on the UCI Calendar.

Ludwig is one of the up-and-coming allrounders, and will be one to watch in Lombardy next Sunday. But the youngster, who curiously likes maths, acting and singing, and could soon form a girl group with her new teammates Clara Koppenburg and Lotta Lepistö, does not come out of nowhere: in 2016, when riding for BMS-Birn, she won the Tour de Feminin (CZE) and took the Mountain Classification at the Ladies Tour of Norway.