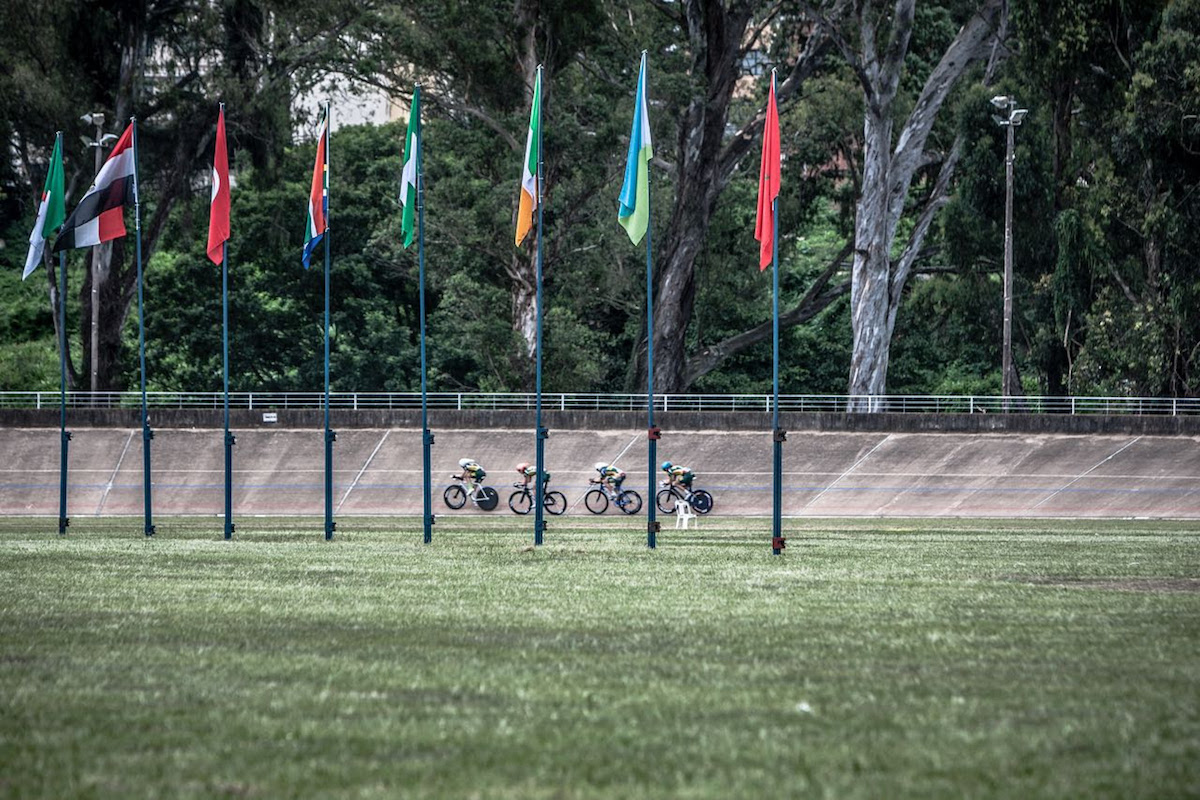 The third edition of the African Continental Track Championships at the end of March will break participation records thanks in large part to a donation of 20 track bikes by the UCI World Cycling Center (WCC) in Aigle, Switzerland.

The Look bikes were shipped to South Africa earlier this month to enable athletes from nations without any track bikes to compete.

Some 20 nations are expected to be represented at the Championships in Durban, South Africa, from March 20 to 24. This compares with nine in Pietermaritzburg (South Africa) in 2015 and six last year in Morocco, which was already a major achievement as until then there had been no track activity in the country.

In the lead-up to this year’s Championships, 26 athletes from 10 African countries are currently using the donated bikes during a preparation training camp of nearly three weeks organised by the World Cycling Centre Africa. A coaching course is being held in parallel.

“Apart from the South African riders, the participants have never ridden on the track before,” explains WCC Africa Director Jean-Pierre Van Zyl. “Track bikes are scarce in Africa and we did not have enough bikes available to host the training camp. Due to the support from and contribution of the UCI WCC, we can organise the camp, and each rider will have their own bike for the Championships!“

The President of Cycling South Africa and President of the African Track Commission, William Newman, adds: “Getting these bikes from the UCI has helped us tremendously in providing opportunities for more African riders. The bikes have enabled us to invite more riders to the training camp and ensure that we have our biggest number of nations prepared and ready for the African Championships.”

After the championships, the African Cycling Confederation will work with the World Cycling Centre Africa to ensure the bikes are used throughout the year, with regular track training camps being held for African nations.

“There is a huge pool of untapped talent waiting to explore the track,” said Mr Newman. “With the necessary support and structures in place, there is no reason why track cycling cannot progress to the same levels our African road riders are achieving.

The UCI WCC regularly donates bikes as part of its Bikes for the World programme. The program is possible thanks to the collaboration with the UCI WCC’s partners.

So far this year, the UCI WCC has donated 31 track bikes and 20 road bikes as well as clothing, helmets, shoes and spare parts to six different nations.