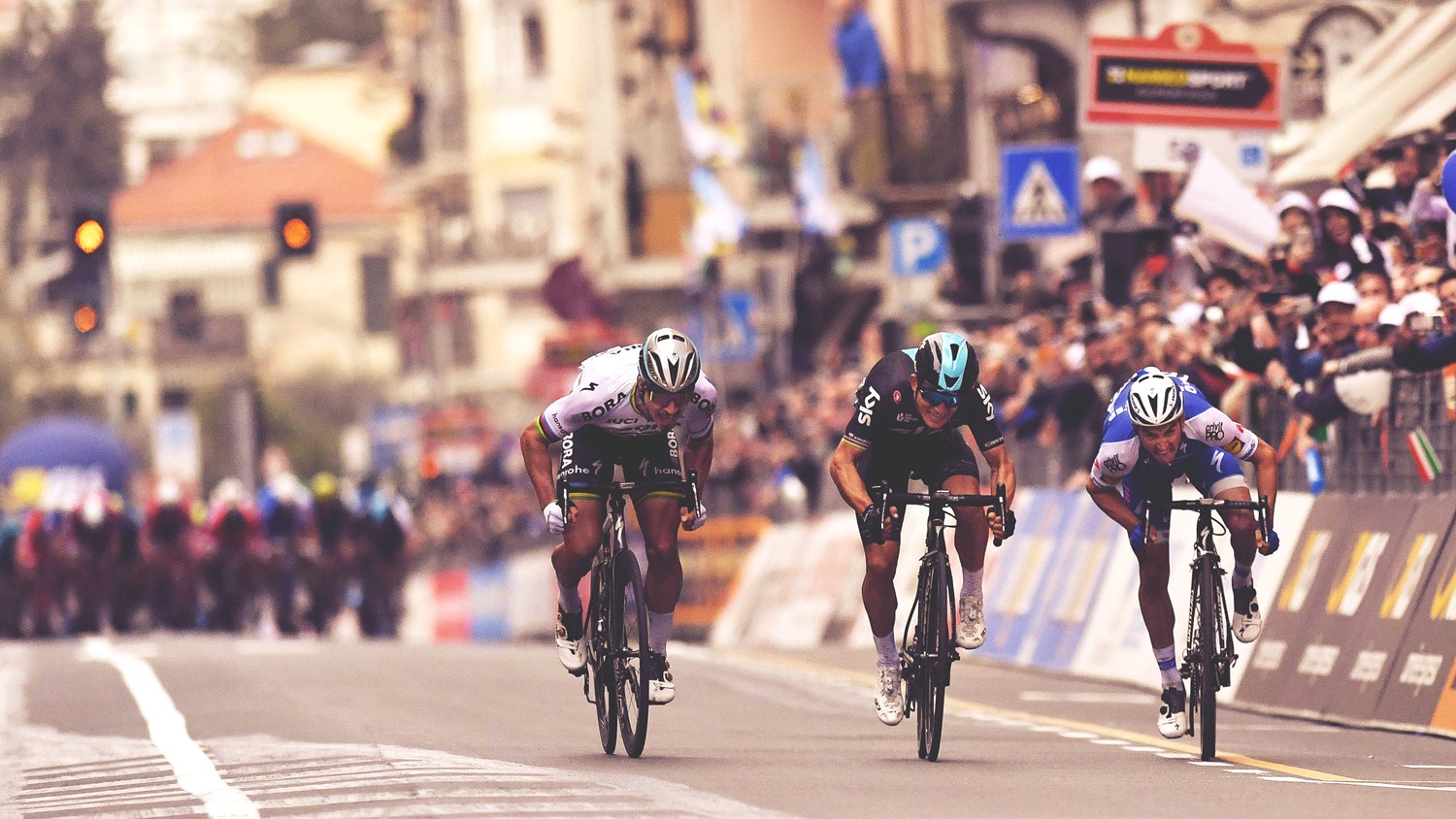 A battle of the UCI World Champions in cycling’s first Monument of the season, Milano-Sanremo, saw Michal Kwiatkowski (Team Sky) secure a narrow victory ahead of Peter Sagan (Bora-Hansgrohe).

Together with Julian Alaphilippe (Quick-Step Floors), 2014 UCI World Champion Kwiatkowski, broke away with the reigning UCI World Champion, Peter Sagan on the Poggio climb close to the finish. After a fast descent to Sanremo with the peloton snapping at their heels, Kwiatkowski narrowly outsprinted Sagan and Alaphilippe to take the first Monument of his career, and Poland’s first ever win in Milano-Sanremo.

Nairo Quintana (Movistar Team) claimed his second victory in three years in Tirreno-Adriatico. He will now rest up before returning to race in the Vuelta a Asturias and then heading to his first big target of the season, the Giro d’Italia.

Sagan has now moved into the lead in the UCI WorldTour rankings ahead of Kwiatkowski, with longstanding Australian leader Richie Porte (BMC Racing Team) dropping to third.

Italian rider Gianluca Brambilla (Quick-Step Floors) is best known for his spectacular ride over the hills and along the dirt-track roads on stage eight to Arezzo of the 2016 Giro d’Italia, which netted the 29-year-old both the day’s win and the overall lead. Brambilla held the lead for just two days, but his brief spell in the top spot overall of his home race hugely boosted his popularity in Italy.

After turning pro in 2010 with Colnago-CSF Inox, Brambilla moved to Omega Pharma-Quick-Step in 2013. 2016 was by far his best season to date: he also captured a win at Aramon-Formigal in the Vuelta a España and third place in the Strade Bianche-Eroica.