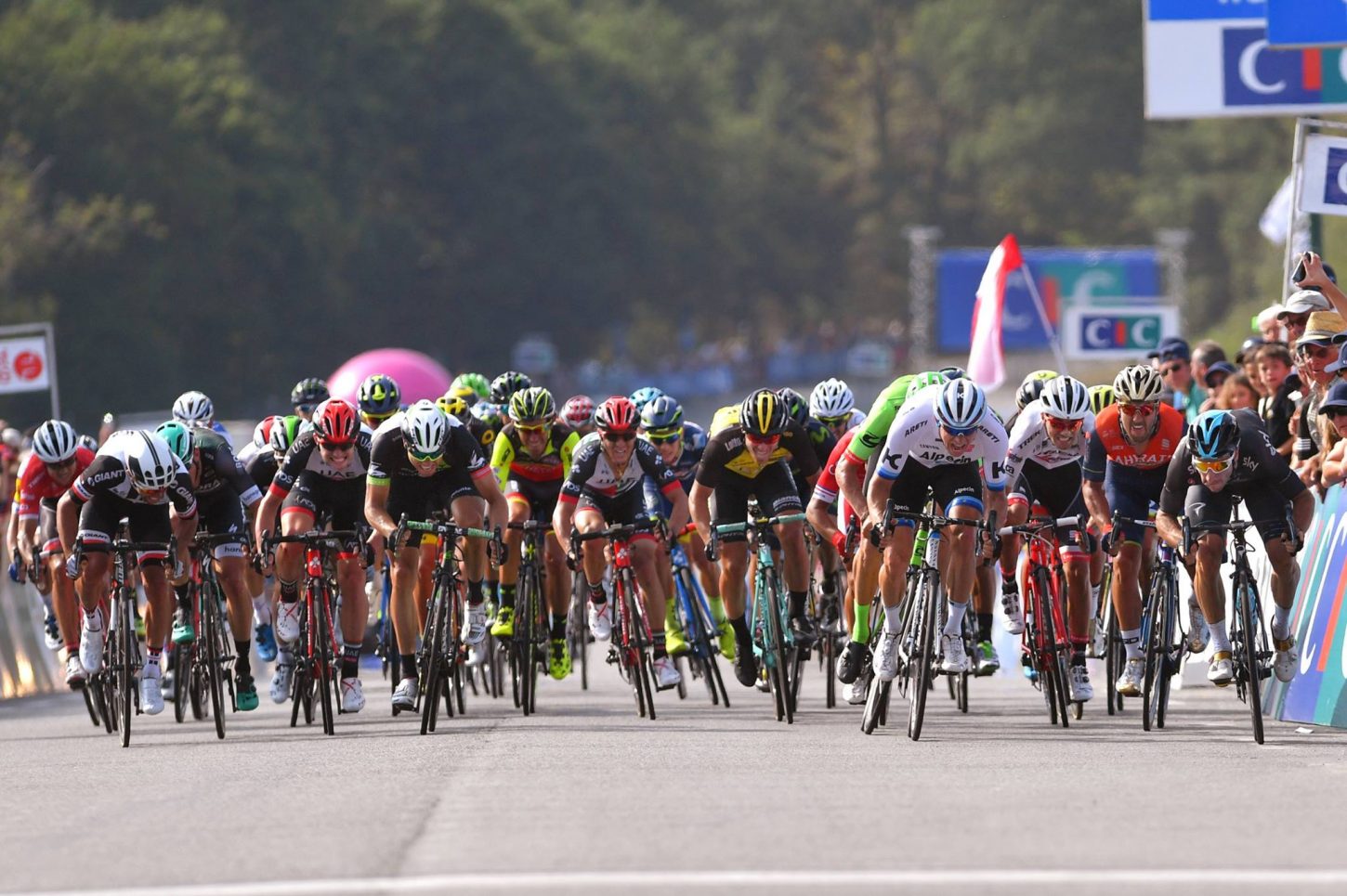 The leader of the Vuelta Ciclista a España since the race hit the mountains on stage three into Andorra, Froome has slowly but steadily increased his overall lead with each climbing stage. He is now aiming to become the first rider, since Bernard Hinault in 1978, to win the Tour de France (which he won for a fourth time this summer) and the Vuelta Ciclista a España in the same year.

A week after winning the EuroEyes Cyclassics Hamburg, Elia Viviani (Team Sky) has added the Bretagne Classic – Ouest-France to his palmares. The Italian sprinter outpowered Alexander Kristoff (Team Katusha Alpecin), winner of the same race in 2015, and Sonny Colbrelli (Bahrain-Merida) at the front of a 46-man group. Coming after two stage victories in the Tour du Poitou Charentes this week, the French UCI WorldTour Classic is Viviani’s fourth triumph in seven days.

Bryan Coquard (Direct Energie) is one of France’s top up-and-coming sprinters, who already showed his talent four years ago with two stage victories in the 2013 Etoile de Bessèges, his first ever event as a pro. Although the 25-year-old has yet to secure a UCI WorldTour win, he has proven to be a very versatile racer. His biggest victory to date was the overall of the 4 Jours de Dunkerque / Tour du Nord-Pas-de-Calais in 2016, one of France’s most prestigious non-UCI WorldTour events. This year Coquard has taken several wins so far: two in 2.HC races, a stage of the Vuelta a Andalucia/Ruta del Sol and a stage of the Belgium Tour. Next year he will be racing with VitalConcept, a new French UCI Professional Continental Team.