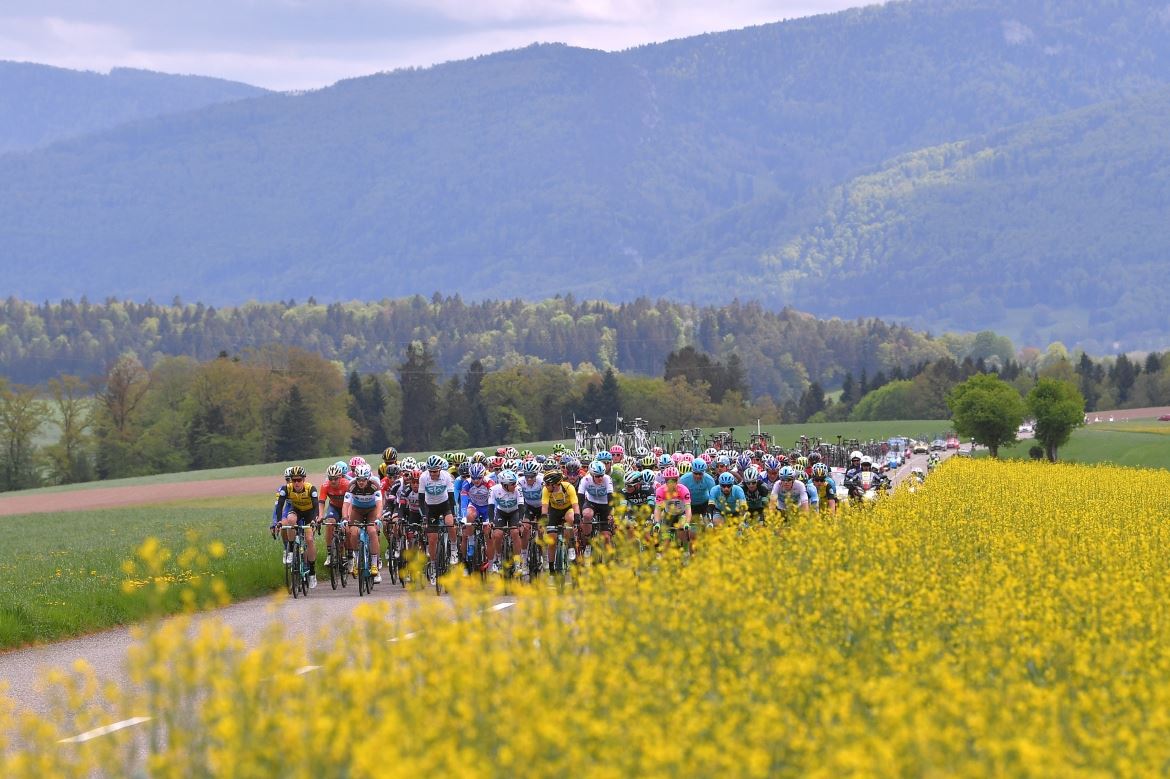 Primoz Roglic (Lotto NL – Jumbo) has chalked up an overall win in a week-long UCI WorldTour stage race for the second time this April, triumphing in the Tour de Romandie just three weeks after his victory in the Itzulia-Basque Country.

Third overall and a stage winner in the Tour de Romandie in 2017, Roglic opened his 2018 offensive on the race by placing third in the opening prologue time trial, and finishing in the main bunch on stage one. This eased the Slovenian into the lead. Promising young Team Sky racer Egan Bernal produced a major challenge by winning the stage four uphill time trial then attacking Roglic in the mountains, but Roglic’s consistent climbing saw the 28-year-old hang on for the overall victory by a scant but sufficient eight seconds over the Colombian.

BMC Racing Team’s Richie Porte, a former winner of the Tour of Romandie, completed the podium in third, 35 seconds back, and Jakob Fuglsang (Astana Pro Team), the solo winner of the toughest mountain stage, in fourth.

Primoz Roglic has jumped 18 places to fourth overall in the UCI WorldTour rankings, with his victory in the Tour de Romandie boosting his total to 1231 points. Peter Sagan (BORA-hansgrohe) remains the leader with 1901 points, ahead of Alejandro Valverde (Movistar Team) with 1682 points, and third-placed Niki Terpstra (Quick-Step Floors) with 1297. Quick-Step Floors remain the leaders of the teams ranking.

The reigning Portuguese road race National Champion, Trek-Segafredo’s Ruben Guerreiro is now in his second year of UCI WorldTour racing. Guerreiro’s first big claim to fame came in 2014 when he won Portugal’s equivalent of the Tour de l’Avenir, the Volta a Portugal do Futuro. Having joined a UCI Continental squad, the Axeon Cycling Team, in 2015, he then switched to Trek-Segafredo in 2017. Guerreiro says he lacked consistency last season, with illness blighting his year. But despite his woes, finishing sixth in the Bretagne Classic-Ouest France, ninth in the Belgium Tour and winning the Portuguese National Championships all bode well for the future.