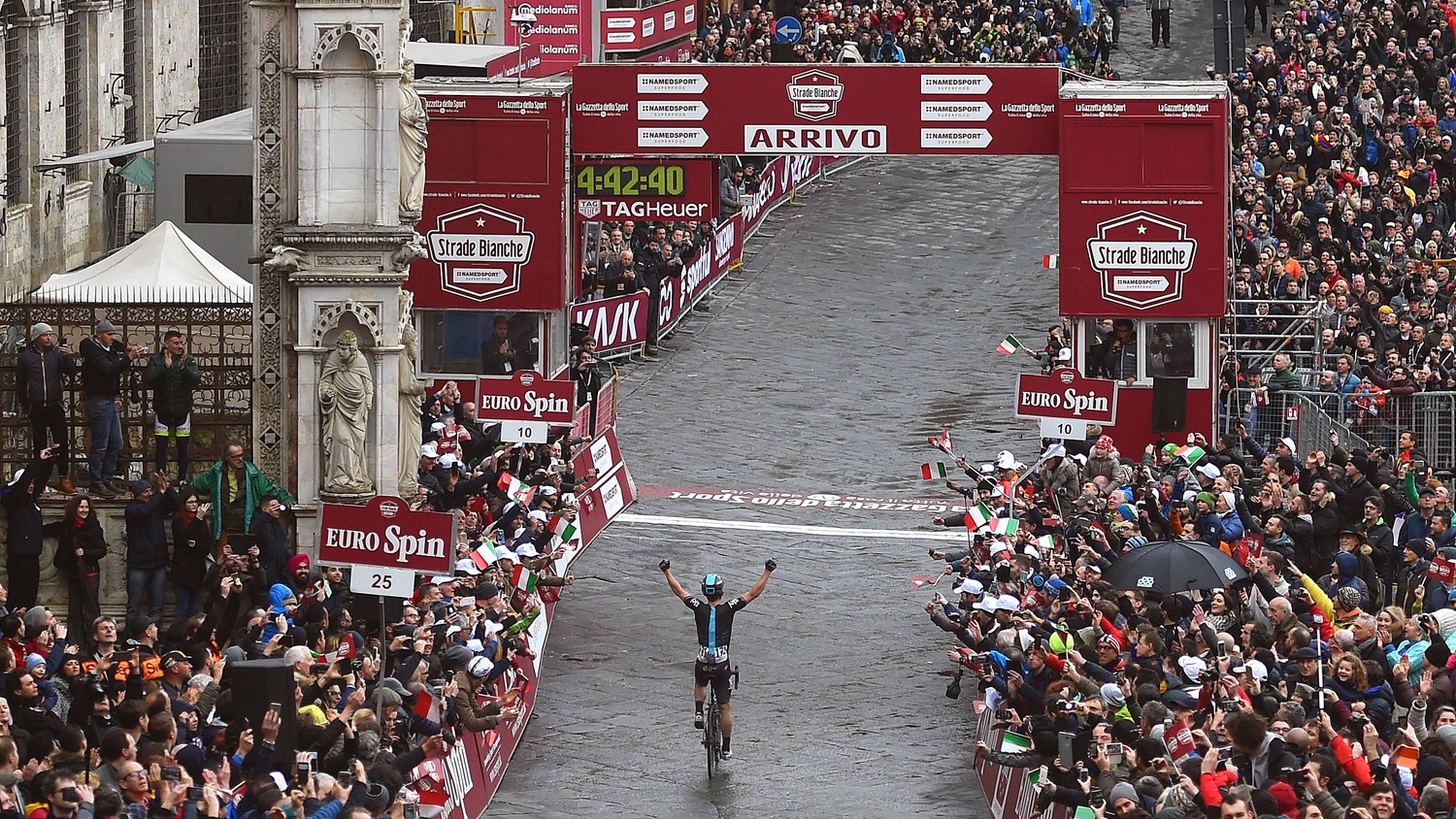 Former UCI World Champion Michal Kwiatkowski secured his first big win in over a year when he roared home alone in the Strade Bianche on Saturday.

The Team Sky rider last won a race in the E3 Harelbeke last year, since when injuries and illnesses have taken their toll. But when the 2014 UCI Road Race World Champion romped away from a four rider break 15 kilometers from the finish in Siena, there was no stopping him.

“I was maybe pushing myself to the limit too much to impress everyone last year. I’m not a machine, and sooner or later you pay the bill,” the 26-year-old Pole observed. “I just had to wait and work hard to get back on the level.”

Already a winner in 2014 of the Italian Classic, on Saturday’s rain-lashed edition of the race, Kwiatkowski claimed the top spot ahead of Belgian duo Greg Van Avermaet (BMC Racing Team) and Tim Wellens (Lotto Soudal).

The 2018 Tour de France has revealed it will host its Grand Départ on the Passage du Gois tidal causeway in the Vendée region, running for 195 kilometers along the coastline to the town of Fontenay-Le-Comte. After a flat stage two, a 35km team time trial on day 3 the fourth stage will take the peloton north into Brittany. No further details have been revealed.

Julian Alaphilippe, 24, is a fourth-year French professional racing with Quick – Step Floors. His biggest win to date was the 2016 Tour of California. Last year he was also 4th in the Rio Olympic road race and 2nd in the Flèche Wallonne for the second successive year. His most notable result in the UCI WorldTour so far was 2nd in the 2015 Liège-Bastogne-Liège. The gifted climber is clearly in good shape, and recently won the Best Young Rider jersey of the Abu Dhabi Tour, claiming 5th place overall. On Sunday, he finished 2nd in the opening stage of Paris-Nice. A UCI WorldTour level victory will surely come soon.