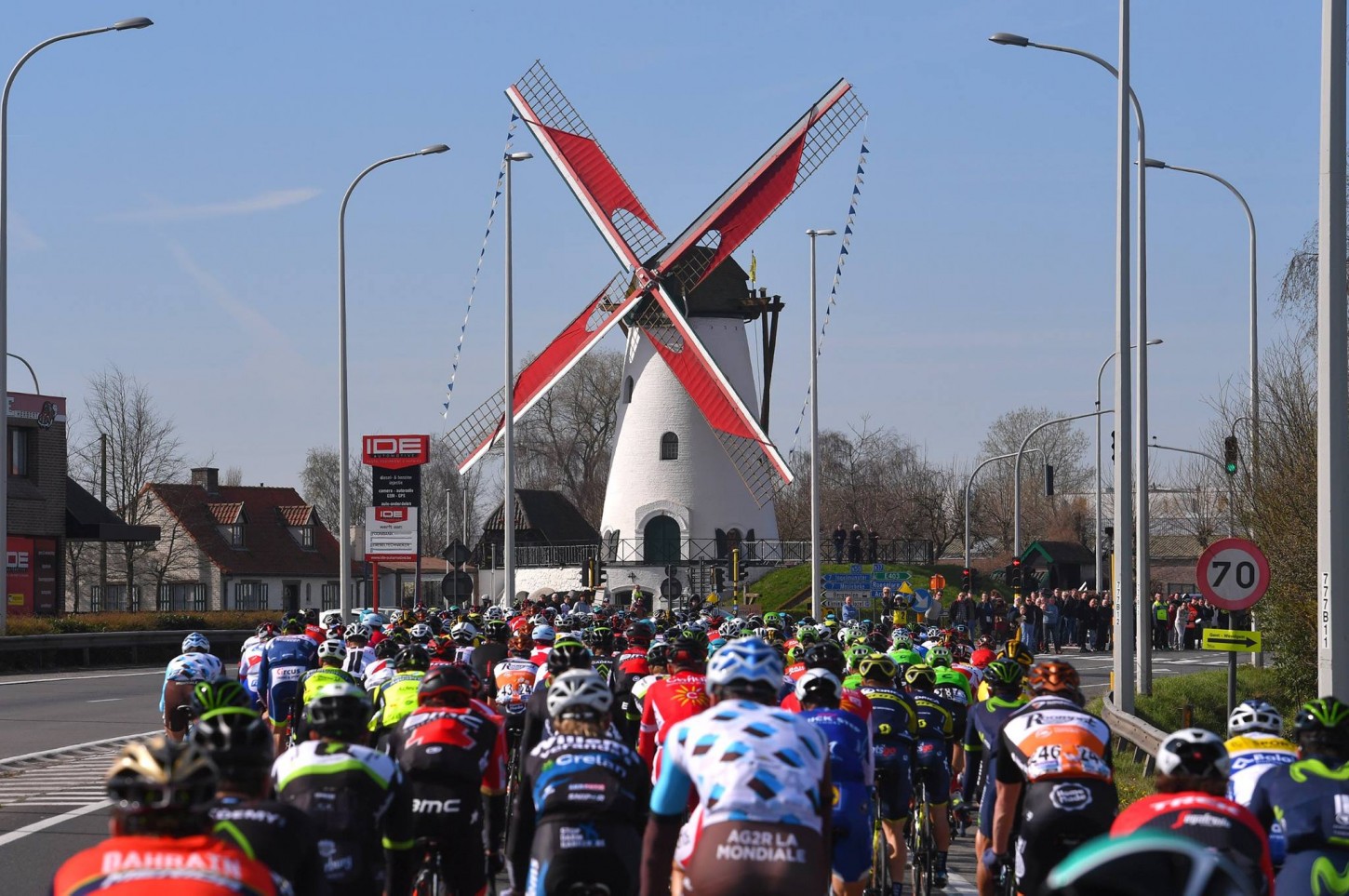 In Gent-Wevelgem the Olympic Champion held off Orica Scott’s Jens Keukeleire and UCI World Champion Peter Sagan (Bora-Hansgrohe). Part of a five-man group that shattered after tackling the Kemmelberg climb for a second time, van Avermaet and Keukeleire collaborated until well within the final kilometer. In the final sprint, the BMC Racing leader powered ahead to claim his second UCI WorldTour Classic in three days and his third of the 2017 racing season.

One of the newest WorldTour races, Belgium’s Dwars Door Vlaanderen, ended with an impressive two-up victory for home side Quick-Step Floors.The Belgian team demolished the opposition as locally born Yves Lampaert soloed to victory ahead of team-mate Philippe Gilbert.

Alejandro Valverde (Movistar Team) dominated the Volta a Catalunya from beginning to end, taking three stage wins, including both summit finishes, the overall victory and the King of the Mountains classification.

In the UCI WorldTour rankings, Alberto Contador (Trek-Segafredo), second in the Volta a Catalunya, has jumped ten places into third spot overall, behind van Avermaet and Sagan.

Sixth in the Giro d’Italia in 2016, race leader for three days and Best Young Rider, at 24, Bob Jungels (Quick-Step Floors) is Luxembourg’s latest stage racing star in the making after the likes of Charly Gaul and the Schleck brothers. In terms of racing style, he has been compared to Spain’s Miguel Indurain.

Four-time winner of the Luxembourg National Time Trial Championships, Jungels has plenty of other strings to his bow. A strong sprinter in small groups, he has won stages of the Tour of Luxembourg and Tour of Oman, soloed to victory in one-day races like the GP Nobili Rubinetterie in Italy and the Luxembourg Nationals, and also shone in week-long stage races such as the Etoile de Bessèges.