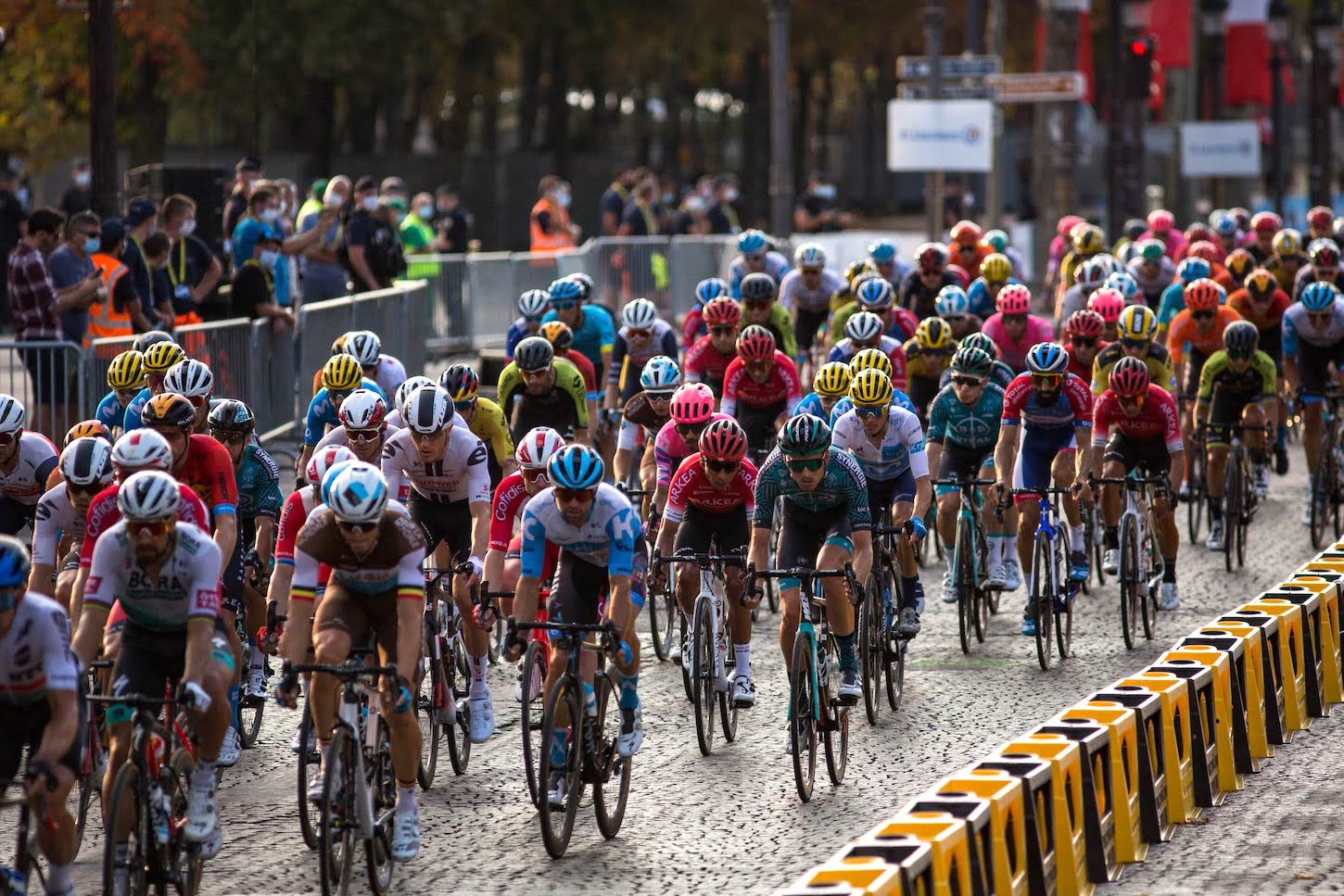 As every cycling fan knows, whenever a rider crosses the finish line of a race, there are not just the results, the prizes and the possible prestige to consider and, hopefully, celebrate. For a rider, as well as his or her team and nation, there are also UCI points at stake.

Ever since cycling’s first season-long classification system, the Challenge Desgrange-Colombo, was introduced back in 1948, ranking systems have had their purpose and place in the sport. For the Challenge Desgrange-Colombo, for instance, named after the longstanding Tour de France and Giro d’Italia directors of the time, the main aim was to increase participation by riders from two of the era’s dominating nations, Italy and France, in their rival country’s stage races.

Ironically, though, the 1948 Desgrange-Colombo was captured not by a Frenchman or Italian, but by a Belgian Classics great, multiple Ronde van Vlaanderen-Tour des Flandres winner Alberic ‘Iron Briek’ Schotte!

Fast forward to 2021, and the UCI World Rankings, both for Elite and Under 23 categories for men and women, continue to be extremely important – not least counting towards nations’ quotas for the UCI Road World Championships and Olympic Games – and, like the 1948 rankings, create some intriguing results.

Nowadays, for example, the highest classified UCI ProTeam in the UCI Europe Tour – and therefore in the UCI World Rankings – is guaranteed a spot in all UCI WorldTour events including the three Grand Tours the following year, representing both a significant recognition of the squad’s performances and a huge bonus to any team. But, interestingly, the top-ranked rider in the 2020 Men’s Individual UCI World Ranking was neither, as some observers might expect, that year’s Tour de France winner Tadej Pogačar (UAE Team Emirates) nor France’s Julian Alaphilippe (Deceuninck – Quick-Step), who conquered the UCI Road World Championships road race. Rather it was Primož Roglič (Jumbo-Visma)!

The obvious answer, perhaps, to why Roglič could pull off such an important achievement was by maintaining top-level consistency throughout the year. The same, clearly, goes for 2020 Women’s Individual UCI World Ranking winner, the Netherlands’ Anna van der Breggen (Boels Dolmans Cyclingteam, now Team SD Worx). The much less obvious reason is the actual breakdown of results, and points, that contributed to their overall leaderships, without, in Roglič’s case, taking either the biggest stage race and one-day race of the season on offer.

The latter’s UCI points total was amassed in multiple races, from a personal maximum single gain of 850 points for capturing the overall classification of the Vuelta Ciclista a España to a minimum of three points received for leading a Class 1 race, the Tour de l’Ain in France, for one day. (He also, for the record, gained a further 125 for winning the Tour de l’Ain outright).

In Van der Breggen’s case, victory in the UCI World Championships road race netted her a top single total of 600 points, while at the other end of the scale, leading the IV Setmana Ciclista Valenciana in Spain for two stages gained her a lone point each day. (Like Roglič at the Tour de l’Ain, Van de Breggen also won Setmana Ciclista Valenciana outright, garnering a further 40 points).

Both the Women’s and Men’s UCI World Rankings consist of three separate classifications: Individual, Teams and Nations. At this point, it should be clarified that other UCI road classifications, for example for the five UCI Continental Circuits, also exist. But with one notable exception in women’s racing, they should almost all be considered sub-sections for these three main worldwide ones: Individual, Teams and Nations Rankings. These other classifications include the nations’ U23 rankings for men and women, and those exclusive to men’s road racing such as the One Day Race UCI World Ranking and Stage Race UCI World Ranking.

Two of the three UCI World Rankings – Nations and Individual – are based on a 52-week, rolling classification. So when Paris-Nice 2021 comes around, for example, the points gained by riders in 2020 in Paris-Nice disappear, and are replaced by the points from this year’s race. But the third classification, the Teams ranking, is based on the points allotted only within a single road racing season, to individual riders in that squad. The season officially starts the day after the last UCI WorldTour event of the calendar year.

Points can be won at all events registered on the UCI International Road Calendar, although the number up for grabs varies greatly from race to race. In Elite Men, victory in the Tour de France brings the biggest single haul of points: 1000, compared to 850 for the Giro d’Italia or the Vuelta Ciclista a España. In one-day racing, the maximum total is earned at the UCI Road World Championships and Olympics road race, both worth 600. But across the board, everything counts.

Under-23 races, although bringing fewer points, also form part of the global ranking, as do Continental and National Championships. A race’s team time trial points are divided among those riders completing the course, too and that includes those racing in the recently inaugurated team time trial mixed relay at the UCI Road World Championships, worth a comparatively high 300 points for first place. Secondary classifications in Grand Tours, such as the King of the Mountains and Points also count as does leading a stage race or winning a stage (for example the winner of a stage of the Tour de France earns 120 points).

Interestingly, for Women Elite racing, rather than a stage race it’s victory in the Olympics or UCI Road World Championships that brings the highest total of points for a single win – 600. Meanwhile, a win in a UCI Women’s WorldTour event, be it the final overall of a stage race or a triumph in a one-day Classic, garners the maximum number of points on offer from all other types of races: 400.

Leading a stage race counts for points, but so too – and this is different from the Elite Men – does leading the UCI Women’s WorldTour Ranking. This is a completely separate classification, in which the leader wears a magenta-coloured jersey. Logically, only points awarded in UCI Women’s WorldTour races count towards this ranking.

There are also two other rankings in the UCI Women’s WorldTour: best Under 23 rider, who also wears a distinctive jersey (blue), and a teams ranking. All these classifications are season-long, and the points gained are reset to zero at the beginning of the following season. Only UCI Women’s WorldTour events count towards these three rankings for the series.

Another completely separate set of UCI Rankings are the UCI Nations Rankings for the three UCI Nations’ Cups (Men U23, Men Junior and Women Junior). These see nations battle over the season, highlighting the development of their young athletes, some of whom will later appear in the top 10 of the UCI World Rankings:  Colombian Egan Bernal and Slovenian Tadej Pogačar are both former winners of the final round of the UCI Nations’ Cup Under 23, the Tour de l’Avenir.

For fans, though, the million-dollar question about all of these classifications, is: who is leading? The answer to that can be found on the road rankings page of the UCI website, updated every Tuesday during the season.