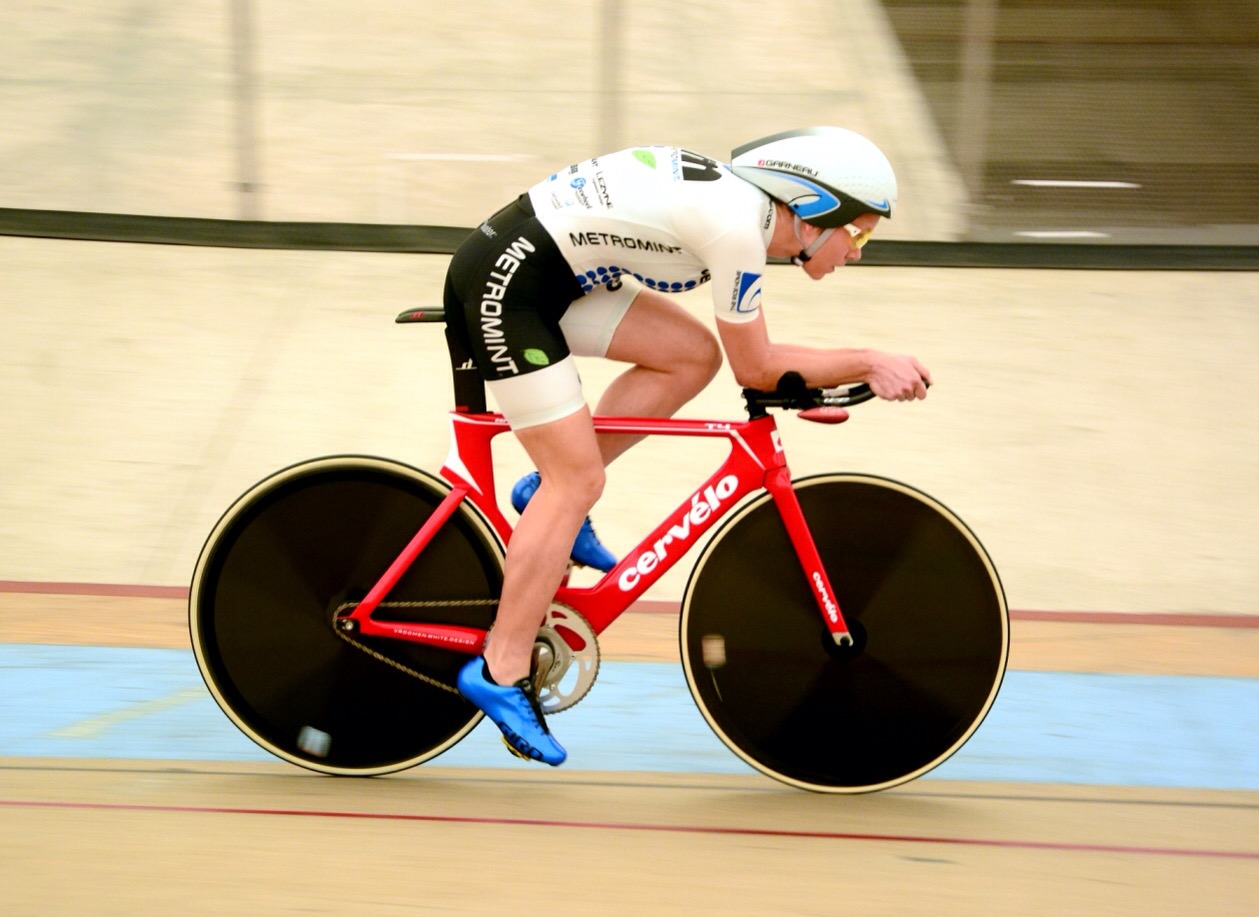 Just hours after Thomas Dekker’s failed attempt to break the Hour Record in Aguascalientes, Mexico yesterday, Molly Shaffer Van Houweling took to the track, subsequently setting a new benchmark in the women’s Pan-American Hour Record, with a distance of 45.637 kilometers.

Van Houweling set a mark that was 1.464 kilometers better than her previous American record, which was set back in December.

“I was also curious to see how close I could come to Leontien van Moorsel’s elite world record (46.065km), which of course might soon be extended by Sarah Storey [on Saturday in London],” Van Houweling told the cycling magazine .

“I’m not actually eligible to set the UCI elite mark now because I’m not enrolled in the biological passport program. Enrolling in the program presents a formidable financial and logistical barrier for women and amateurs (who, unlike ProTour men, are not automatically enrolled in the program). So before even considering it I want to know whether the elite record is a realistic goal.”

Van Houweling’s performance yesterday, fell 428 meters shy of beating the world record, which was set by van Moorsel in 2003, who rode a traditional drop-bar bike, and not a modern style track bike that the American rode yesterday.

“I see room for improvement in my performance,” she wrote. “As is so often the case in a time trial (and despite repeated warnings by my coach Dave Jordaan and other wise advisers), I wonder in retrospect whether I went out too hard. It’s so easy to diagnose that mistake when others make it — as Jack Bobridge seemed to in his recent failed attempt. But it’s still so difficult to resist doing the same thing yourself on race day! I was probably too far ahead of schedule for the first 20 minutes or so. I fell off the pace after that until picking it up and really emptying the tank in the last 10 minutes.

“I could also still improve my track skills. I’ve been training occasionally at the Hellyer outdoor 335m velodrome in San Jose [California] since October and also did some training at the 250m indoor velodrome in Palma, Mallorca, over the winter holidays. But altogether I think I’ve trained on an indoor 250m track like Aguascalientes only about a dozen times. So riding the black line still isn’t effortless for me. I paid the price for my imprecision yesterday by running over lots of sponges that mark the edge of the track. That probably cost me meters and energy I would like to have back!”