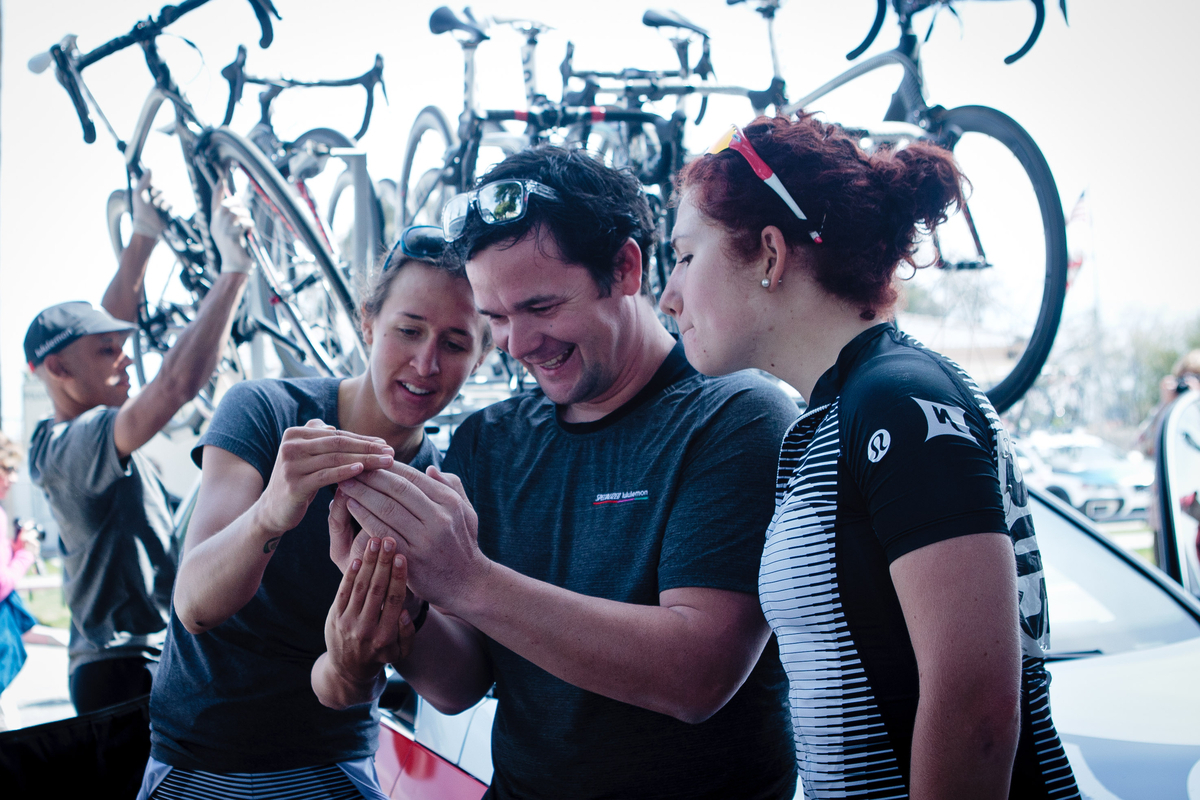 19 Aug 2015
By Campionissimo - In LATEST ARTICLES, THE GREAT RACE

With Velocio-SRAM coming to a close at the end of this season, the team’s director sportif, Ronny Lauke, announced his plans to launch his own professional women’s cycling team in 2016, in partnership with Canyon Bicycles as the title sponsor and supplier.

“I will be running a team next year,” said Lauke.“It will be a top-ranked team and we will aim to be the number one team in the future. It is a very ambitious project and will be supported by the bicycle manufacturer Canyon. We want to do this for the future of the sport, for women’s cycling, and have a strong team.”

Himself, a former track world champion and a six-day rider, Lauke has been with Velocio-SRAM (and previously as Specialized-lululemon) over the last few years, wherein he has lead the team to multiple victories including three world titles in the team time trial, in Valkenburg in 2012, Florence in 2013 and Ponferrada in 2014.

The new team will be run under his own management company, Lauke Pro Radsport GmbH, whereby he’ll be taking on the roles of owner, manager and director of the new team.

“There will be a new company running the team and it will be set up in a different structure,” Lauke said. “I have expertise on the sporting part of the team and I will remain in that position because that is where I am most helpful for the athletes and for the team.”

In addition, with divulging too much detail, Lauke indicated that Canyon has expressed its interested in a long-term commitment to his program.

“We don’t do things by half at Canyon and with Ronny we have found the right partner. He has built a team for the past few years, which is already in the world’s elite. We believe firmly in a successful partnership and are looking forward to start the Olympic year together,” said Frank Aldorf, Chief Brand Officer at Canyon Bicycles.

Velocio-SRAM currently owner, Kristy Scrymgeour, says she’s pleased that Lauke is stepping up to the task, hoping his program will create new opportunities for women once Velocio-SRAM no longer exists.

“We need teams and we need good teams,” Scrymgeour said. “I think it’s fantastic, I would like to see all the girls on the team get a good spot on a team for next year and whether that’s on a team that Ronny creates or elsewhere, as long as we find good spots that’s the main thing.”