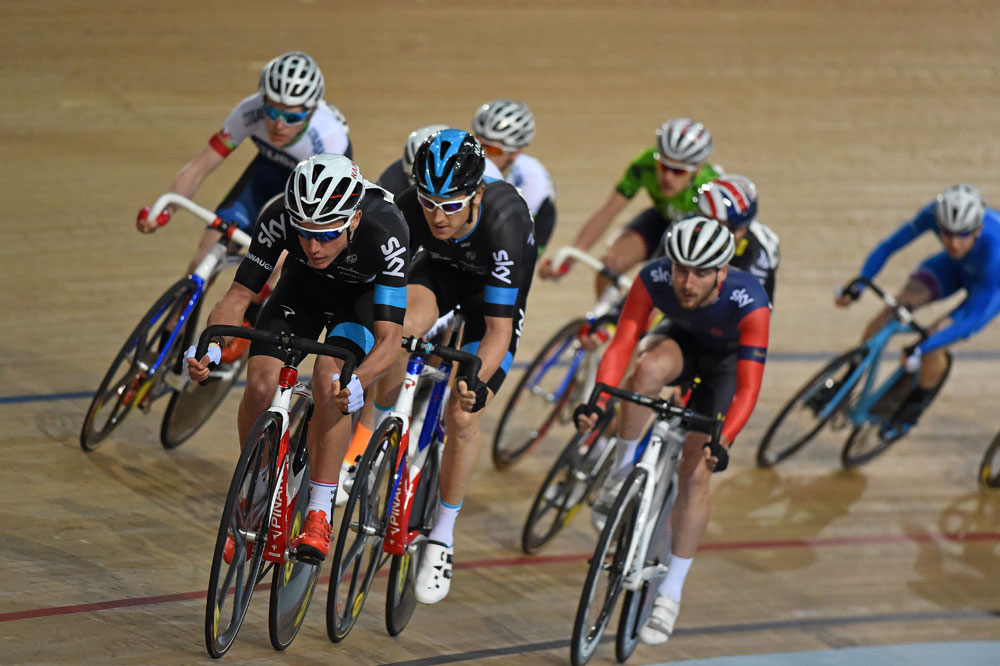 Velon teams up with FACE Partnership

Velon and FACE Partnership have teamed up for an exciting new track series that will launch at the end of 2016 to engage a whole new audience in cycling.

This pioneering new partnership sees FACE and Velon bring the joint business model that Velon is pioneering in road cycling to the track and will combine its UCI WorldTour cycling teams together with one of cyclings most exciting platforms to create The Revolution Champions League – an extended range of dates where the very best from the Revolution Series go head to head and compete on one of the largest stages, at the highest level.

The Revolution Champions League will also utilise the unique data capture capabilities Velon is developing with Infront Sports Media. Velon and FACE will bring the Champions League to life for fans, streaming live race data to deliver an unbelievable experience, taking them closer to the action. This new competition will sit above the UK Domestic League with the Domestic and Champions League scheduled to run between September and December. The Champions League will feature 12 teams including eight WorldTour teams. Four qualifiers will compete from the UK and other international leagues across three consecutive Champions League weekends to decide who will be the ultimate cycling champions.

“Velon and FACE will bring the Champions League to life for fans, streaming live race data to deliver an unbelievable experience”
Graham Bartlett, CEO of Velon said “At Velon we are excited by linking up with the Revolution Series extending our goals in cycling beyond the road and onto the track. Revolution is already a very well established and successful race series and this new partnership will enable the series to expand internationally as the new Revolution Champions League”.

James Pope, CEO of FACE Partnership, owners of the Revolution Series commented “Velon and FACE are united in the aims of providing more entertaining racing for cycling fans, and a better narrative to the race season. With Velon’s support we will bring the worlds best road teams to Revolution and create a new exciting format for track cycling”.