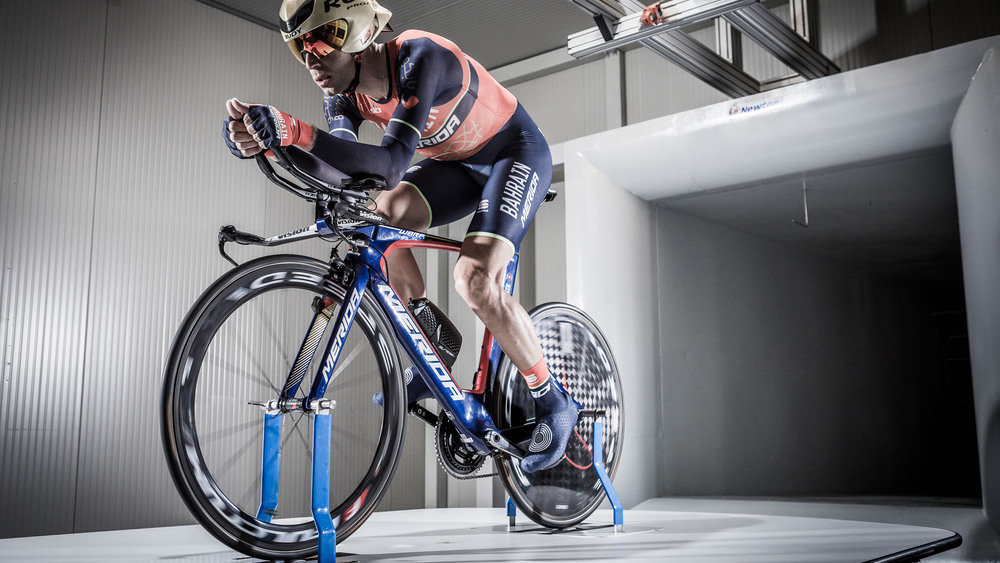 Vincenzo Nibali and his Bahrain-Merida team are currently fine-tuning their time trial positions onboard the team’s new Merida Warp TT bikes at a wind-tunnel in Milan, in preparation for this year’s Giro d’Italia in May.

Nibali goes into the 2017 Giro as the defending champion, which will be the first Grand Tour outing for his new Bahrain-Merida team.

For example, Stage 10 features a 39.2 kilometer “race against the clock” from Foligno to Montefalco, along with a decisive 28 kilometer time trial in Milan.

While Nibali is an adept time trialist, its by no means the Italian rider’s forte, as he faces the likes of Nairo Quintana (Movistar) and former Astana teammate Fabio Aru, in a quest to retain his title.