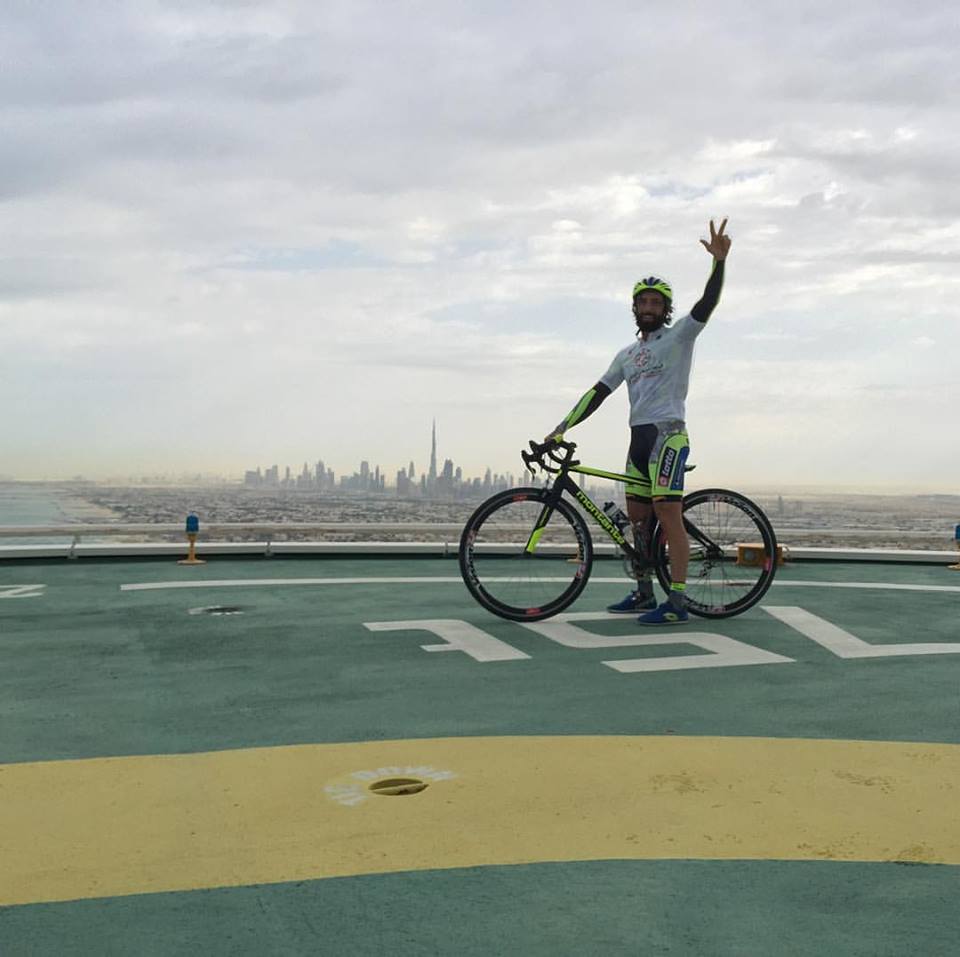 Bicycle trials ace, Vittorio Brumotti, is set to attempt a new world record today, wherein the Italian rider will try and climb most steps on a road bike – at the Burj Al Arab hotel in Dubai.

Brumotti had previously set the world record in 2012, after riding a mountain bike up 4,000 steps of the world’s tallest building – the Burj Khalifa.

The 35-year-old, who in his day job teaches computer science, will have to tackle an additional 1,200 steps for this latest record.

“The UAE is one of my favorite places in the world. I got one of my records here three years back and now I want to do this record of going up the seven-starred Burj Al Arab to give something back to the country I love and appreciate so much”, Brumotti told the press.

“I want to do this for the UAE,” he added, “I am all set for this special occasion.”