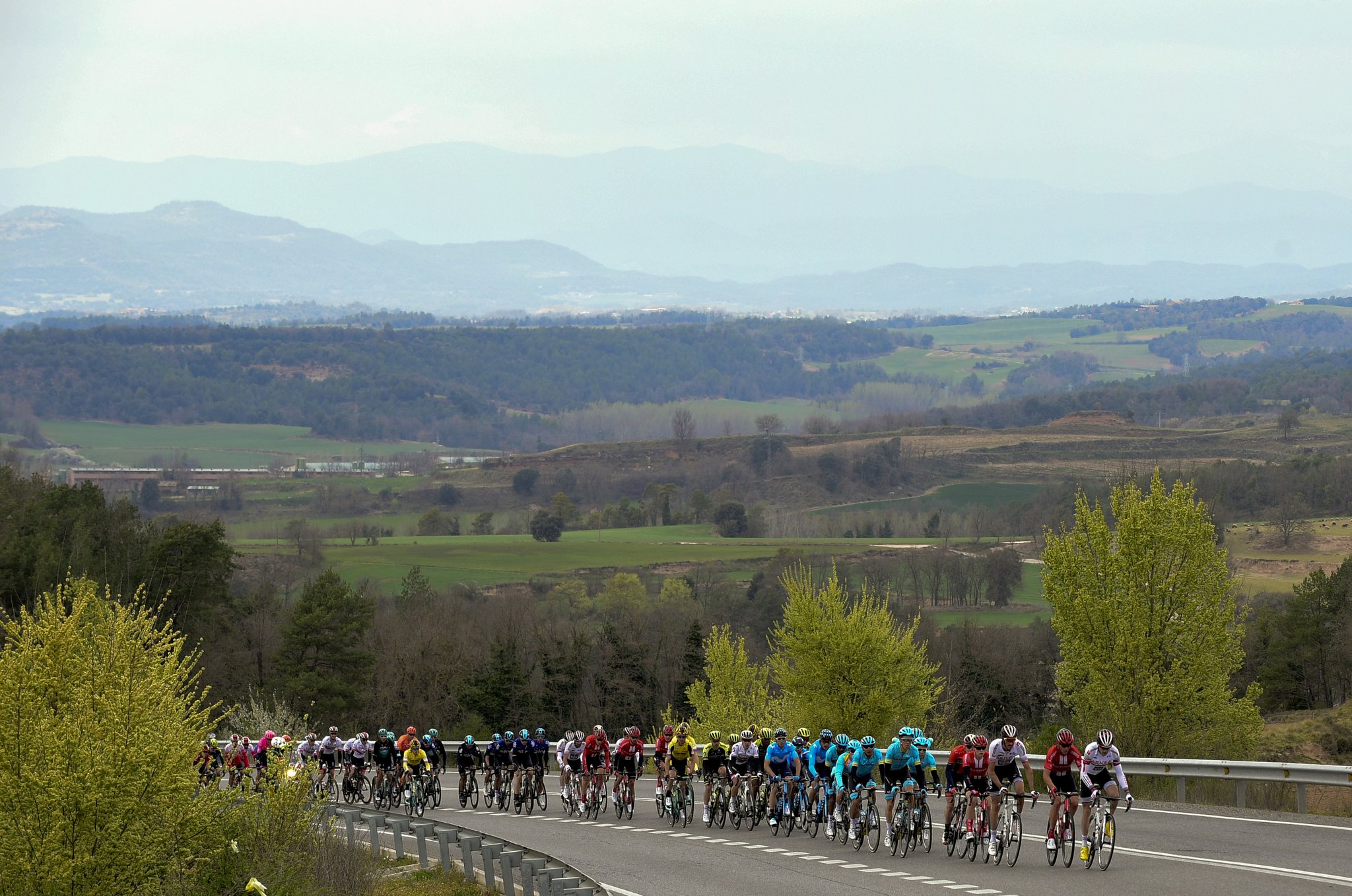 Michael Matthews (Team Sunweb) managed to hold-off a challenge from Phil Bauhaus (Bahrain-Merida) to claim stage 6 of the Volta a Catalunya today.

The Australian rider was the first to launch his sprint, while Bauhaus looked poised to come around him during the closing meters. But, Matthews succeeded in keeping his German rival at bay to win by a mere tire width.

Earlier in the stage, Miguel Angel Lopez (Astana) initiated a late attack during the final run-in to the finish, but was caught inside the last.

Nevertheless, the Colombian managed to retain his lead in the overall race with just one stage left.

From there, the quintet went on to establish an advantage of around three minutes over the peloton, while  Dimension Data and Bahrain-Merida did most of the pace-setting back in the chase.

After cresting both the Coll d’Abarca and the Coll d’Alforja, the escapees’ lead had been reduced to just 1:18 with 25 kilometers remaining.

In the meantime, several crashes plagued the peloton, one of them claiming Simon Yates (Mitchelton-Scott) as its victim. But, the British rider was able to remount and make it safely back to the main field.

With 12 kilometers to go, the breakaway group was eventually caught.

Next, came a daring attack from Brice Feillu (Arkéa Samsic), who subsequently opened up a slight gap for himself before being reined in by the chase a short time later.

With under 3 kilometers to go, Marc Soler decided to animate things, but Team Astana was quick to respond to the Movistar rider’s aggressions, later launching Lopez with his own attack.

Lopez quickly bridged has way to Davide Formolo (BORA-Hansgrohe), who had attacked during the previous kilometer.

However, the duo was unable to hold off a fast charging peloton that caught the two riders during the final 1000 meters.

Rafal Majka (Bora-Hansgrohe) and Enric Mas (Deceuninck-QuickStep) were the next two riders to shake things up before being neutralized during the closing few hundred meters.