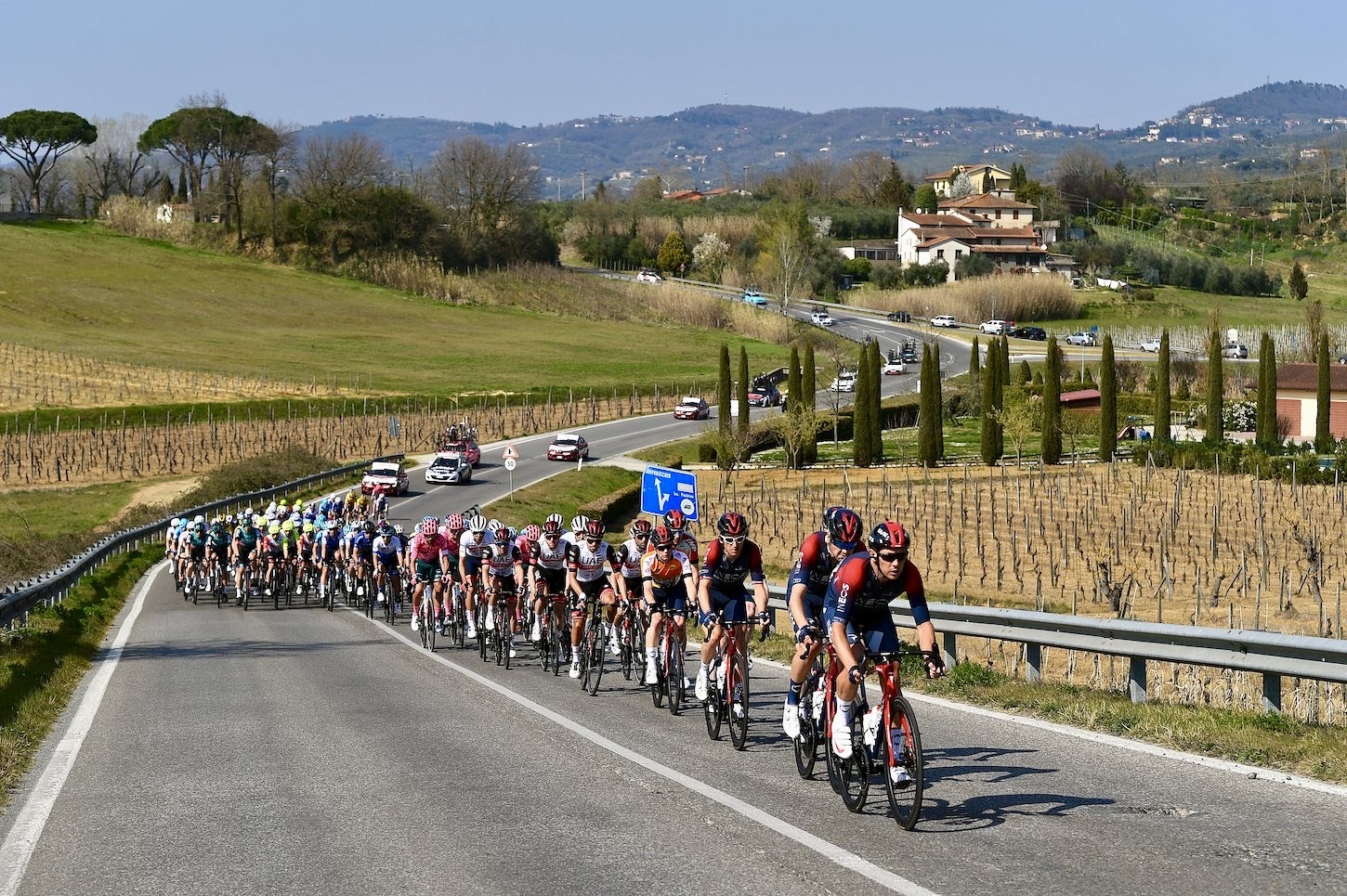 As a result, Carapaz moved up into second place in the overall standings, while Higuita took over the race lead.

Attacks flew from the very start of the race as the road turned uphill almost immediately as the peloton heading inland to the Prades mountain range.

Steven Kruijswijk (Jumbo-Visma), Casper Pedersen (Team DSM), and Simone Petilli (BikeExchange-Jayco) were the first riders to get away, later extending their lead to more than 20 seconds.

However, the trio was reined in after just 20 kilometers as Kruijswijk’s teammate Rohan Dennis countered. But, he too was brought back before the Col de les Llebres, with the peloton quickly fracturing as an elite group of GC riders and climbers emerged at the front.

Shortly thereafter, Higuita and Carapaz launched their winning move along the descent of the Col de les Llebres, taking Luke Papp (Ineos-Grenadiers) along with them.

However, it wasn’t long before Papp was dropped by Higuita and Carapaz, with the South American duo forging ahead despite a constant chase effort being ushered by UAE Team Emirates.

From there, Higuita and Carapaz extended their advantage to 3:30 over the peloton, a margin that would still leave them clinging to almost a one minute gap before they crossed the finish.

In the meantime, Almeida struggled throughout the stage, ultimately losing 52 seconds to Higuita and Carapaz in the overall standings.