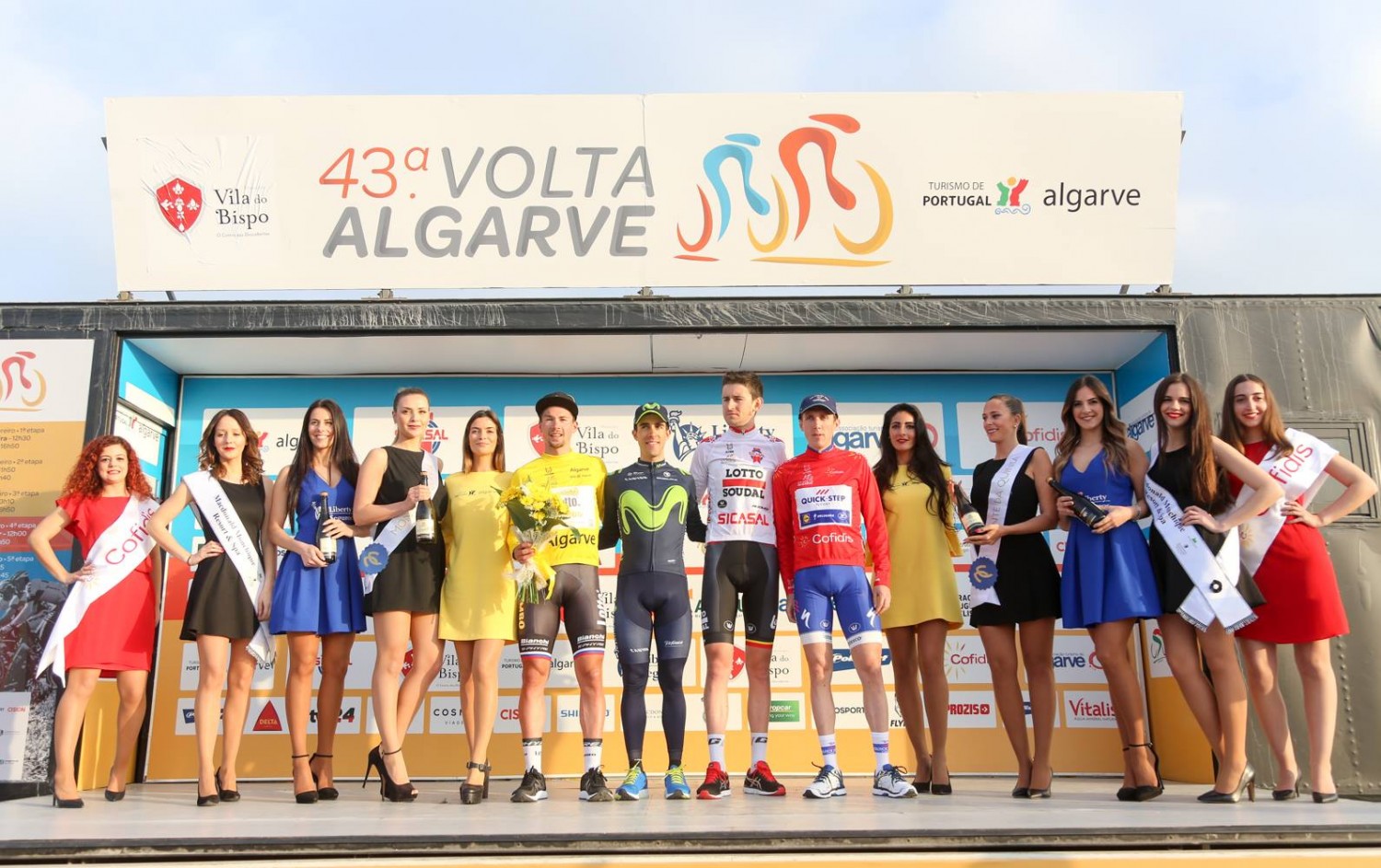 Jonathan Castroviejo claimed a sensational win during stage three of the Volta ao Algarve today, after winning the 18 kilometer individual time trial in and around Sagres, where the current European TT champion earned Team Movistar its fifth victory of the season.

Castroviejo now sits third overall, at 36 seconds behind the race leader, and 14 seconds in arrears of Michal Kwiatkowski, who climbed into second place today.

Castroviejo was the fourth fastest rider through the first intermediate check point, and maintained a constant pace over the parcours that held off a final challenge from Martin.

The Volta ao Algarve will now tackle its longest stage tomorrow, a 203 kilometer route from Almodovar to Tavira that’s suited for the sprinters.

“It’s so special for me to come back to this race, after everything that happened for me last season, and be a protagonist again. As well yesterday as today I could be up there with the top guns, and claiming this victory is a marvellous feeling for me. I couldn’t be more proud of what I achieved on this TT’, said Castoviejo.

“It’s been so rewarding, beating the rivals I managed to leave behind today. I was within the top four at all time trials I took part last season, claimed the European title, a medal in the Worlds… but winning here in the beginning of the season, against such big names, is even a step above for me. Also, my performance yesterday on a mountain finish was quite good, which gives me lots of motivation to keep chasing these one-week stage races.”

“The GC might not be decided yet, I think. Sunday’s finish will see some fireworks for sure. Malhao is a short climb, one you take only eight minutes to complete, but I think it will create more gaps than Fóia. It’s a very explosive one, and with the race finishing there, everyone will do their best and the bunch will split completely, even before the final ascent’, he added.