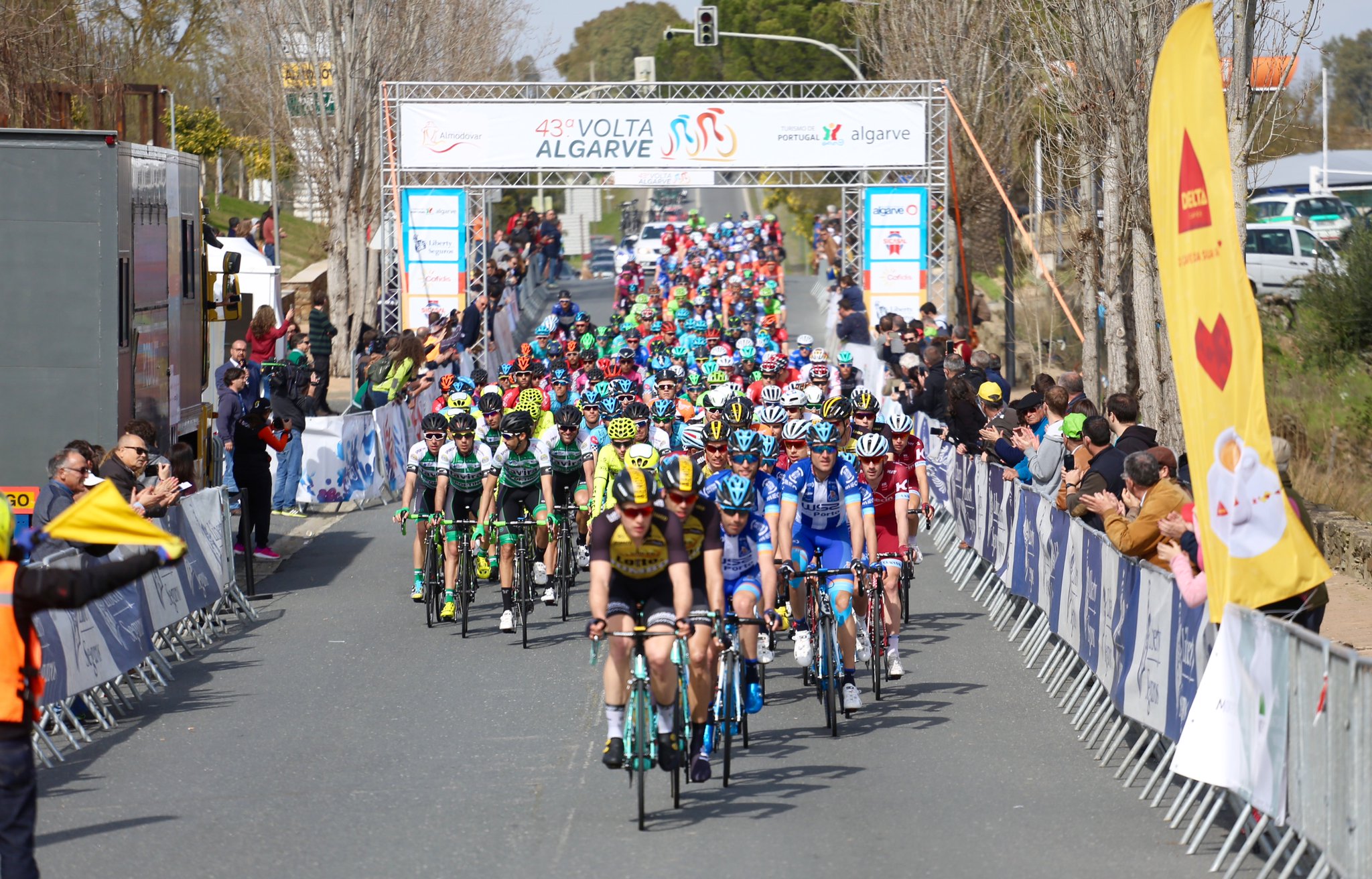 Andre Greipel (Lotto-Soudal) won stage 4 of the Volta ao Algarve today, after beating out John Degenkolb (Trek-Segafrado) in a sprint finish by the slimmest of margins.

As a result of the finish being so close, race officials were forced to review the photo finish, subsequently awarding Greipel the stage victory by a matter of a few centimeters over his fellow German rival.

The fourth stage of the Volta ao Algarve entailed a 204.4 kilometer route between Almodovar and Tavira, with some small climbs along the way.

After only six kilometers of racing, four riders managed to escape and remained out for most of the stage.

LottoNL-Jumbo occasionally took the lead of the peloton to set a higher pace and protect the leader’s jersey of Primoz Roglic, while other teams with strong sprinters like Quick-Step Floors, Cofidis and Dimension Data also helped in the pursuit efforts.

With 50 kilometers to go, Matias couldn’t keep pace with his breakaway companions, and was later swept up by the peloton.

Despite their efforts to remain out front, a determined peloton continued to cut deeply into the lead trio’s advantage during the final 10 kilometers. And, with two kilometers to go, the three escapees were reined in by the peloton.

From there, teams began ushering their respective sprinters into place.

Jasper Stuyven opened up the sprint for Degenkolb, but Greipel was able to mark their move and come around both riders before the line to snatch the win.

Meanwhile, Dylan Groenewegen (LottoNL-Jumbo) finished a bike length further back, after he had managed to follow Greipel’s final move.

The Dutch champion had an impressive final kick and threw his bike full force, lifting his front wheel off the ground in an attempt to win, but fell  just short.

The Volta ao Algarve concludes tomorrow, with a 179.2 kilometer stage from Loule to the summit of the Alto do Malhão.