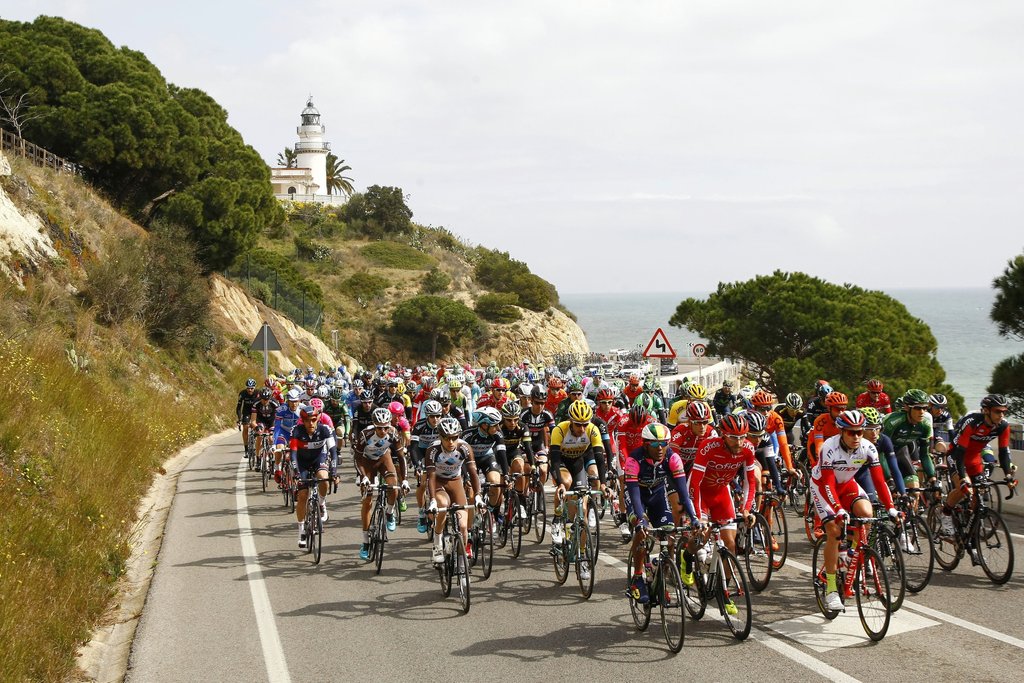 Nacer Bouhanni (Cofidis) continued his winning ways, after claiming stage 2 of the Volta a Catalunya in Olot today.

The French rider once again clinched the stage honors after easily beating his closest rivals, Gianni Meersman (Etixx-QuickStep) and Philippe Gilbert (BMC) in a final sprint for the line.

As a result of today’s victory, Bouhanni picked up the 10-second time bonus to take over the race lead, 14 seconds ahead of Ben Swift (Team Sky) and Thomas De Gendt (Lotto-Soudal), who both share the same time.

Heading into the final 30 kilometers, Dron was the first of the escapees to get dropped from the group, while peloton continued closing down on their advantage.

With the peloton looming close behind, De Gendt decided to make a move during the final 25 kilometers.

However, his time out front was brought to a quick close, as the Belgian rider was reeled back in by the peloton at the 18 kilometer mark.

From there, Cofidis carefully countered a series of surges from the likes of Tinkoff, Team Sky, CCC Sprandi, Trek-Segafredo and BMC during the last 10 kilometers.

Shortly thereafter, a flurry of moves would again come from Team Sky and Tinkoff, as well as AG2R La Mondiale, during the final 6 kilometers, while this time Cofidis decided to sit comfortably in wait for the inevitable sprint finale.

With four kilometers remaining, Team Sky continued to lead the head of the peloton, while Cofidis now proceeded to make their way to the front as well.

However, with 4 kilometers to go, Movistar decided to push the pace, as did Orica-GreenEdge, who was hoping to set up their sprinters Daryl Impey and Simon Gerrans.

Inside the final 2 kilometers, things became even more animated, as riders from various teams began jockeying for position.

However, it was Cofidis’ lead-out effort during the final bend before the finish, that would serve to deliver Bouhanni into perfect position during the closing 400 meters to easily seize the stage victory.