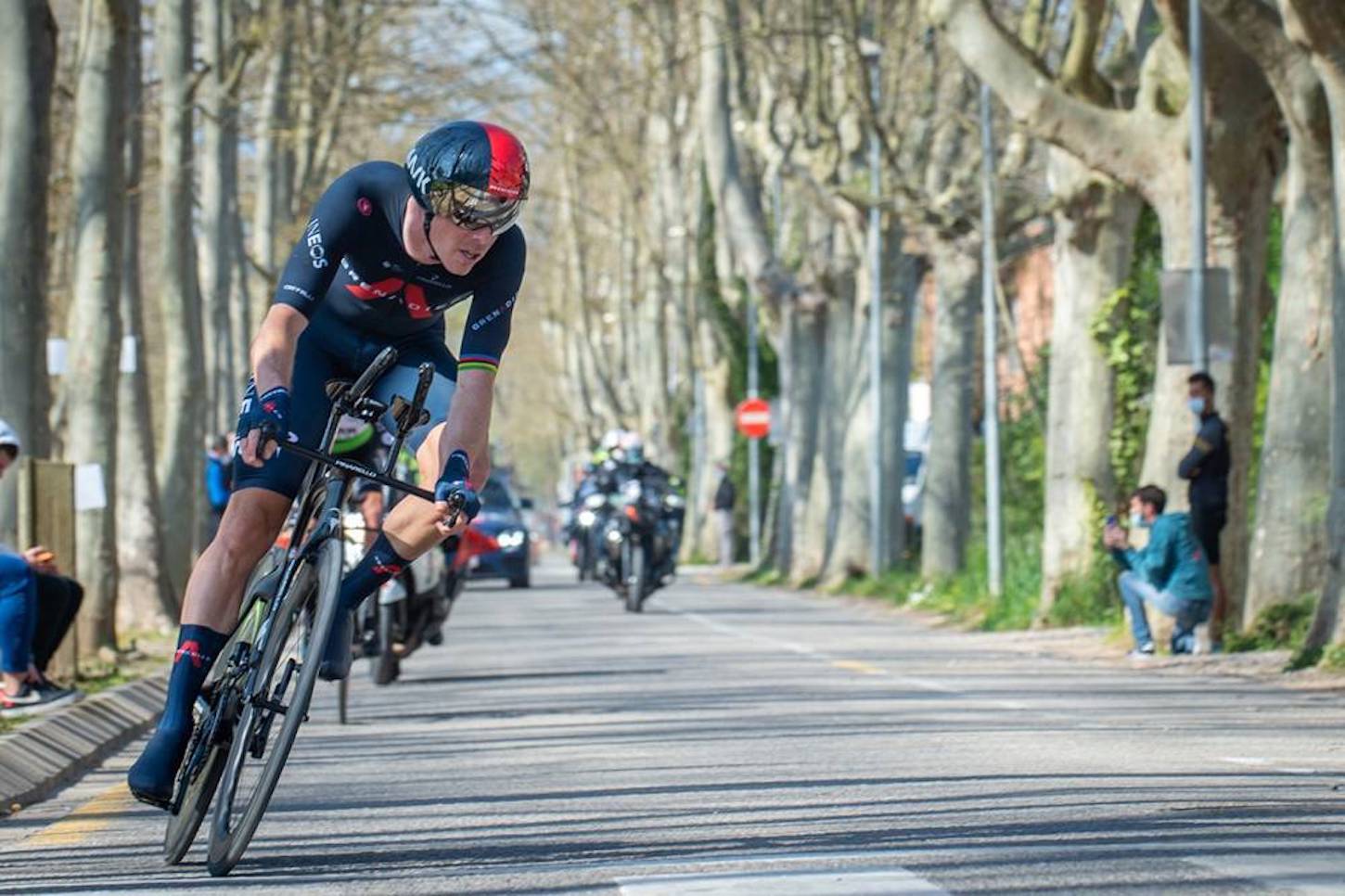 Ineos Grenadiers’ Rohan Dennis won the individual time trial in stage 2 of the Volta a Catalunya, while Deceuninck-QuickStep’s Joao Almeida took the overall lead of the race after placing third.

Dennis produced an excellent performance along the 18.5 kilometer course, setting the fastest of 22:27 to win today’s race against the clock.

With Dennis’ victory, Ineos Grenadiers had four riders finish inside the top 10, with Richie Porte in sixth, Adam Yates in seventh and Geraint Thomas in 10th.

But, it was Deceuninck-QuickStep’s Almeida who took the race lead after coming home in third place, finishing 28 seconds behind Dennis and 23 behind teammate Remi Cavagna.

Meanwhile, stage 1 winner Andreas Kron (Lotto Soudal) was last out of the blocks and finished in 74th place.

“It’s been a long time between drinks, if I’m completely honest with you,” said Dennis.

“It’s been a tough little road but it’s really great to be back on the top step. It’s amazing – the team has always supported me and believed that I can be back on that top step. It’s just amazing to be back. It means a lot. It’s my first victory with Ineos Grenadiers and my first victory since Yorkshire Worlds. Look, it’s been a pretty tough year-and-a-half of second or third places, or even out of the top 10 sometimes. It’s not been easy with all these young guys, so I’m making the most of this win. I train on these roads a lot and I had a lot of friends out there to cheer me on, so it’s great to do it in front of them,” the Aussie added.