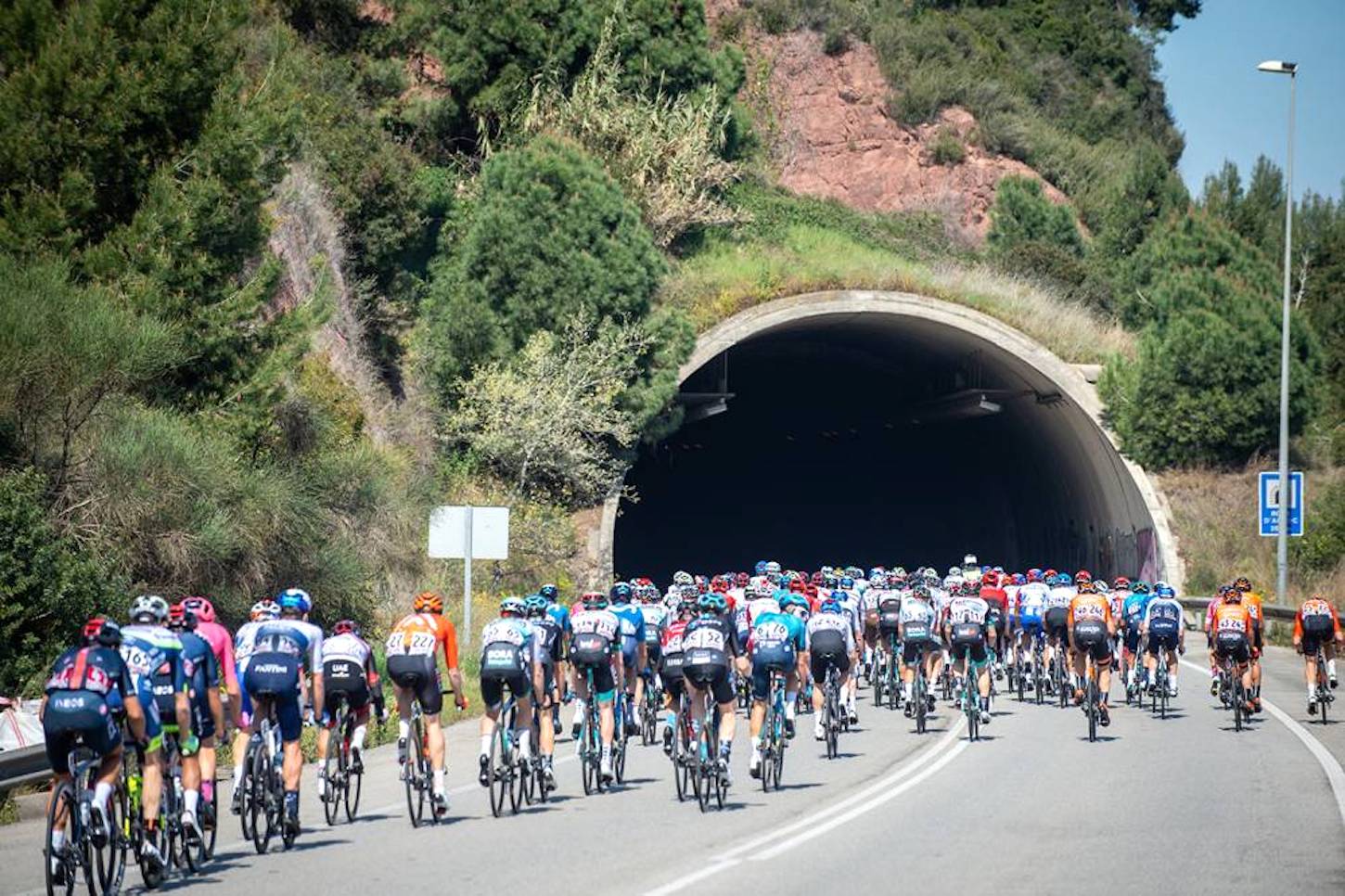 Ineos Grenadiers’ Adam Yates dominated the final few kilometers of today’s stage, climbing his way to victory and seizing the overall race lead by 45-seconds over his teammate Richie Porte.

With 5 kilometer to go, Yates, Sepp Kuss (Jumbo-Visma) and Alejandro Valverde (Movistar) broke away. But, it was Yates and Kuss who rode clear with just over 2 kilometers remaining, with the British rider quickly jettisoning his American rival after attacking along the final climb. And, despite a late charge by Esteban Chaves (Team BikeExchange), Yates crossed the line unchallenged.

From there, the escapees succeeded in opening up an advantage of 12 minutes over the peloton, while Ineos Grenadiers, Jumbo-Visma and Deceuninck – Quick-Step decided to pursue in earnest, bringing their lead down to a more manageable 5 minutes.

As the race reached the next climb, the breakaway group was still holding a 4plus minute gap with 20 kilometers to go.

With 12 kilometer to go, the breakaway was still maintaining a 3 minute lead, with Joyce becoming the first rider to be dropped from the group.

Next came Van Rensburg and Venturini to be dropped from the lead group, while Galván also struggled to hold the pace.

Simon Yates was the next rider to animate things, but the peloton was keen to reined him in with 8 kilometers to go.

Valverde then kicked again, riding clear with 7 kilometers to go.

Meanwhile, Arensman was the only rider left from the original breakaway group, who was still clinging to a 1 minute lead with 6 kilometers left.

The next rider to attack was Nairo Quintana (Arkea-Samsic), leaving everyone in the peloton behind as he bridged his way to his former teammate Valverde.

Ciccone then bridged his way to Quintana and Valverde, who was closely followed by Carapaz, but the Ecuadorian rider looked to be struggling.

Adam Yates then launched his winning move, quickly bridging across with Kuss.

It wasn’t long before the three riders made their way to Arensman with 4.5 kilometers to go and a 30-second advantage over peloton.

Shortly thereafter, Chaves hit out in an effort to get across to the leaders.

Arensman then tried another late attack, but Yates, Kuss and Valverde eased back across to him with 3 kilometers left, dropping the Dutch rider from the break.

Kuss tried a move with 2.5 kilometers to go, but he was swiftly brought back by Yates.

With 2 kilometers left, Valverde lost contact with his rivals, while Harm Vanhoucke (Lotto-Soudal) and Hugh Carthy tried a late move to get across.

In the meantime, Chaves flew past Valverde and Kuss and was closing rapidly on Yates inside the final kilometer, but to no avail, crossing the line some 13-seconds behind.