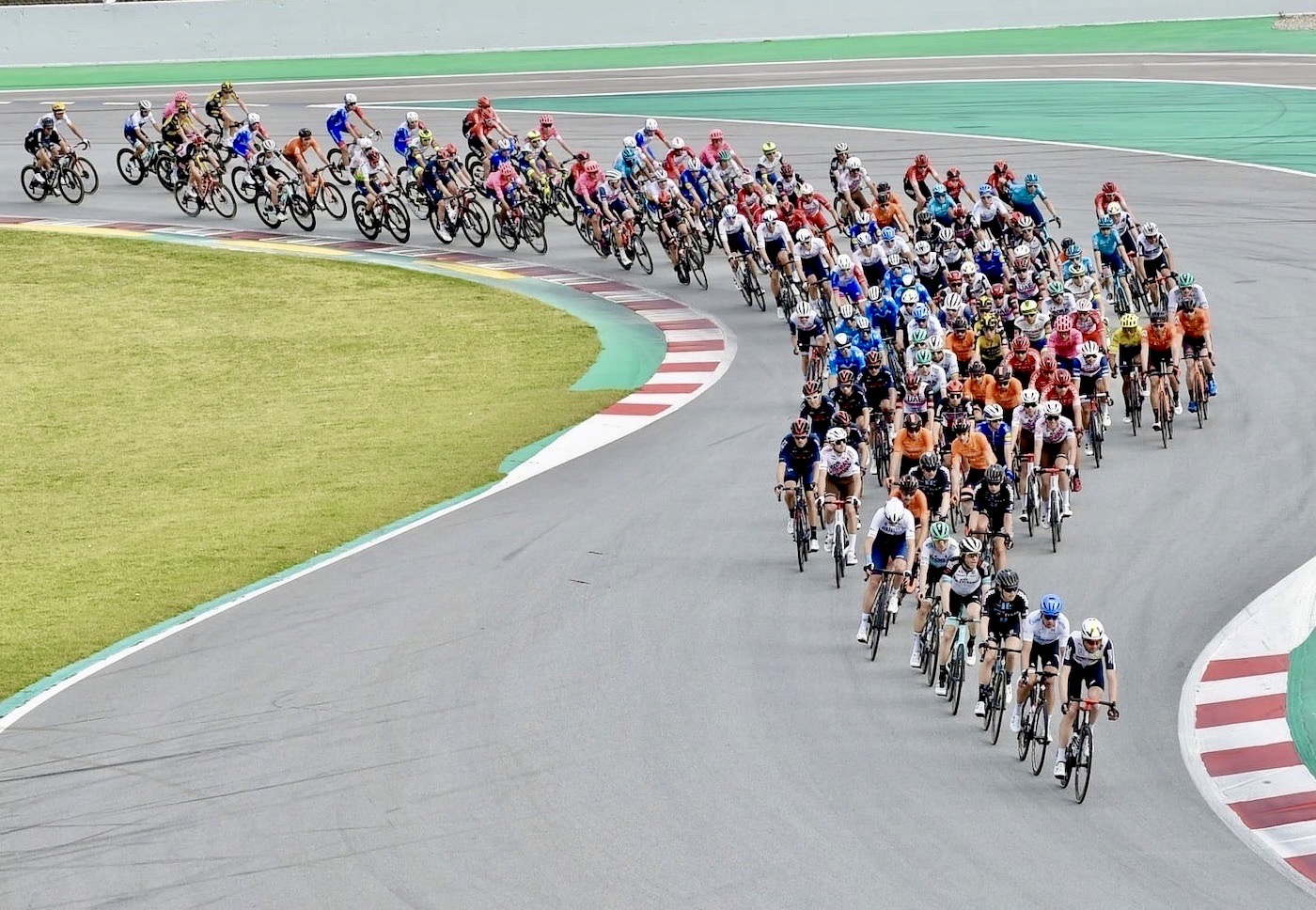 Thomas de Gendt (Lotto Soudal) claimed the final stage of the Volta Ciclista a Catalunya today, after the Belgian rider made a late solo attack along with Matej Mohorič (Bahrain Victorious) on the closing circuits.

This marks the first time that the Ineos Grenadiers team has taken all three top spots in any stage race since the team began back in 2010 as Team Sky. It’s also the first time the Volta a Catalunya has finished with the same team claiming the top three spots since 1960.

The peloton split after the first category 3 climb, with around 32 riders going clear.

The breakaway group later went into the final circuits in Barcelona with a four-minute advantage, with De Gendt and Mohorič making their escape.

From there, the duo opened up a sizable lead, while remainder of the breakaway failed to organize an effective chase effort.

With around 15 kilometers to go, Koen Bouwman set-out in pursuit of the two leaders, with Atilla Valter and two others quickly making their way to him.

Back up front, De Gendt attacked halfway up the climb of the last lap, ultimately dropping Mohorič on the steep 17% slopes and riding clear during the final 4 kilometers.

“I was always successful here and so I tried to do my best,” said De Gendt. “The first days I wasn’t very good but these last days I could feel some improvement. I had a really good day today. I’ve already won once in Barcelona, it’s special to win in such a big city.”

“I knew I had to attack Mohorič because if he stayed with me until the downhill he would have dropped me on the downhill and I’d have got second place,” De Gendt said of his winning move. “I could feel he was slowing a little bit so I had to try.”

In the meantime, Valter narrowly held off the chase to claim the third spot on the podium.