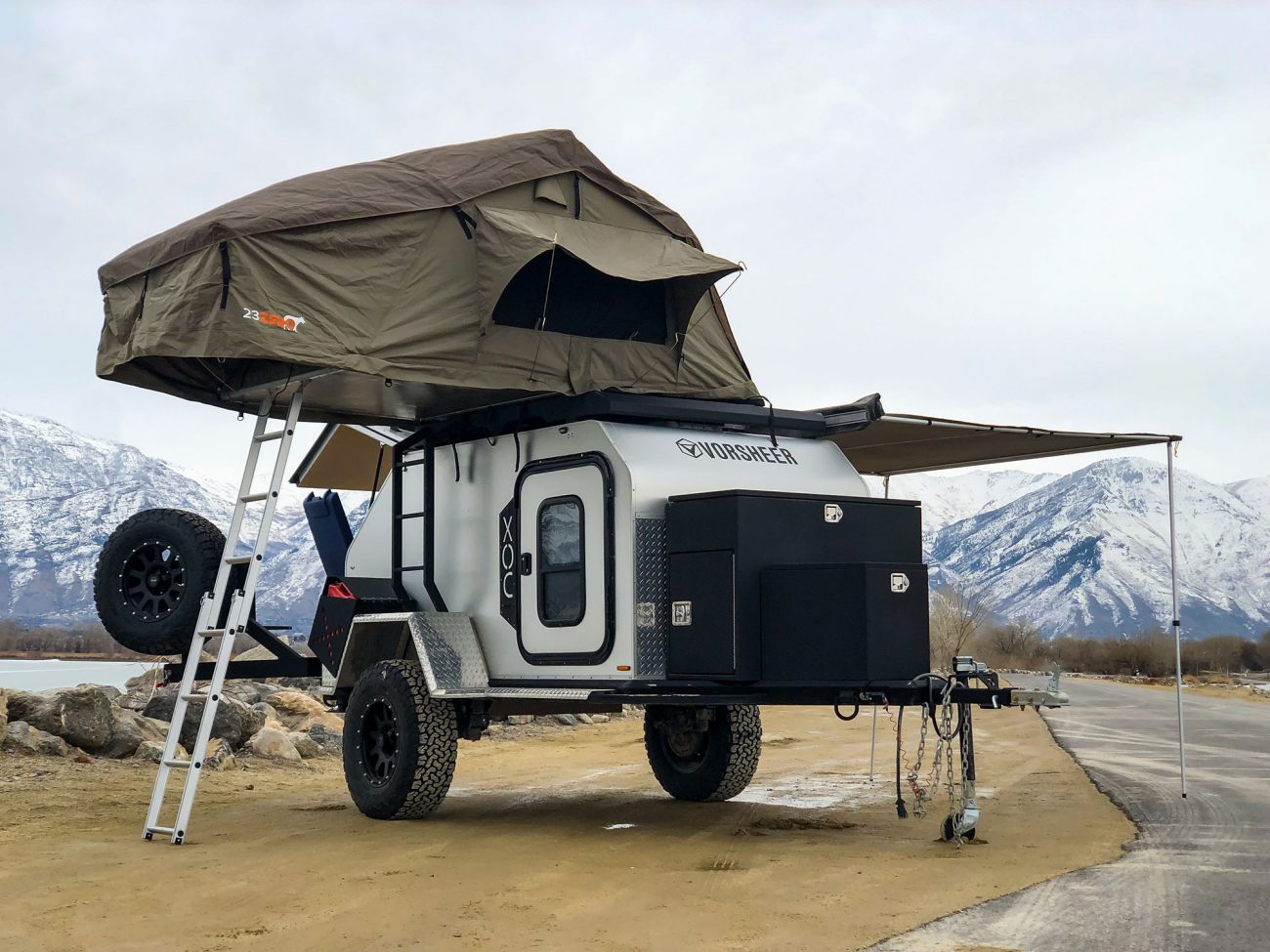 Some of the more impressive trailer designs to emerge these days, hail from the Utah-based company Vorsheer.

Vorsheer is a family-owned and operated company that began producing custom trailers in small batches in 2018.

However, it wasn’t long before the demand increased, doubling production in just one year.

Vorsheer trailers distinguish themselves by virtue of their bespoke designs, functionality, expandability and ease of servicing – given that all of the components used are made in the USA.

Every Vorsheer is designed via CAD, along with state-of-the-art CNC laser cutting and hydraulic bending to build every aspect of the trailer including aircraft grade aluminum roof racks, boxes and fenders. Crafted-wood is also utilized in the construction of the frame as well.

Vorsheer’s range of trailers include the company’s debut XOC model, and the recently added Armadillo and VRT.

Additionally, Vorsheer doesn’t request deposits and has virtually no waiting lists, so customers can expect to see a turn around time as quickly as two weeks from the date of order.