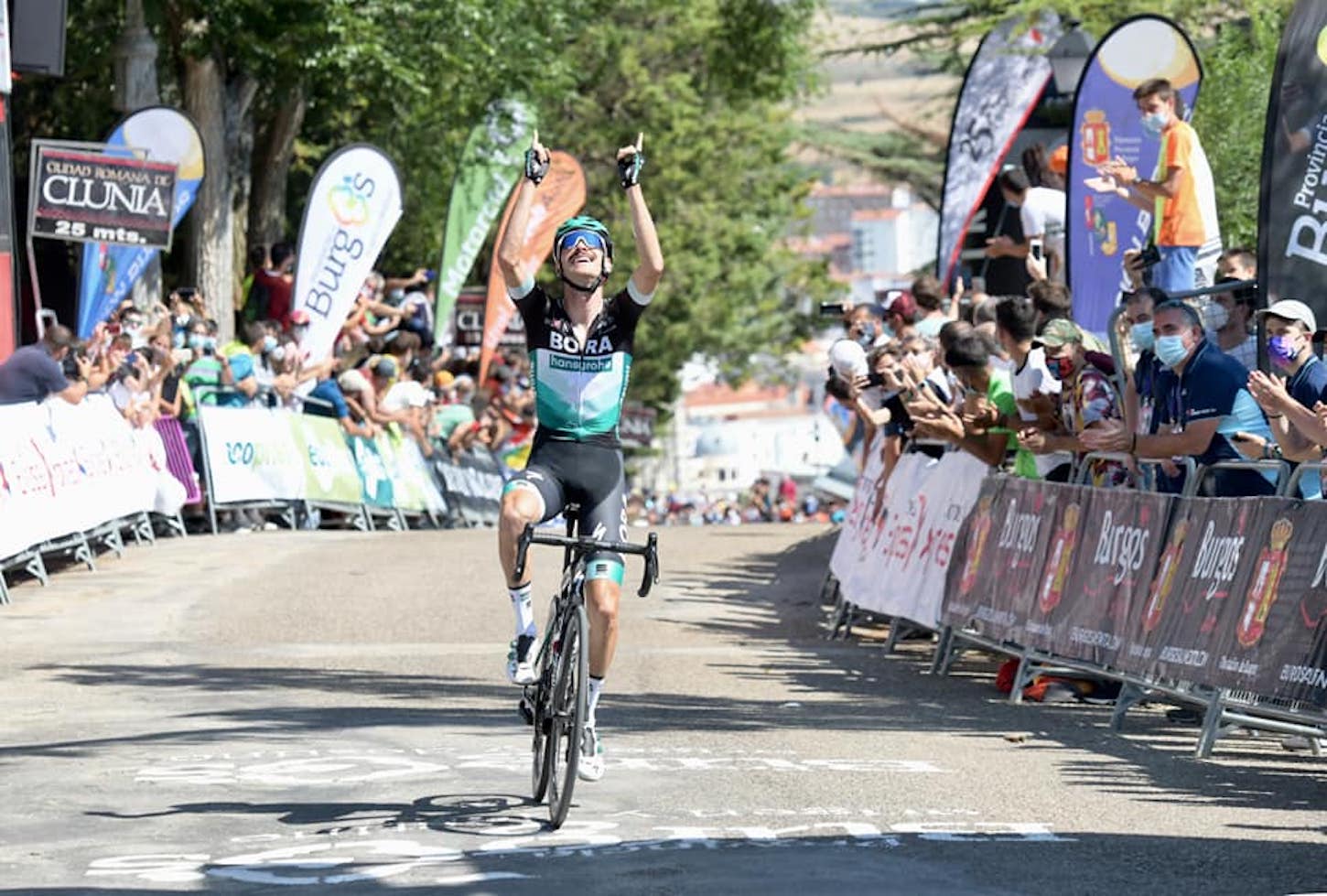 Felix Grossschartner (Bora-Hansgrohe) claimed the opening stage of this year’s Vuelta a Burgos, after the Austrian rider executed a brilliant attack along the final climb to the finish.

“I’m super happy,” said Grossschartner. “I checked the parcours yesterday and I saw it wasn’t a bad finish for me. I have to say thanks to the team, they brought me to the perfect position on the last corner at the beginning of the climb. I went full gas and said, what can happen? If they catch me, they catch me. It’s always better to be in front than to have to chase.”

The stage was marred by a crash that saw Jumbo-Visma rider Gijs Leemreize sustain a nasty finger injury on his professional debut.

Chris Froome’s soon-to-be team Israel Start-Up Nation also suffered a setback before the race as they withdrew two riders due to coronavirus concerns.

The stage covered 157 kilometers, starting and finishing in Burgos, and is the first of five stages around the north of Spain.

A number of cycling’s big-hitters are competing as they start their competitive preparations for the Tour de France on August 29, including Valverde, Mikel Landa (Bahrain-McLaren), Richard Carapaz (Team Ineos) and Simon Yates (Mitchelton-Scott).

Leemreize (Jumbo-Visma) and Sebastian Henao (Team Ineos) did not finish the stage after falling in a crash with around 50km to go.

The small breakaway was reeled in soon afterwards and it was Grossschartner who made the decisive move in the closing stages as he attacked up the final climb to win.