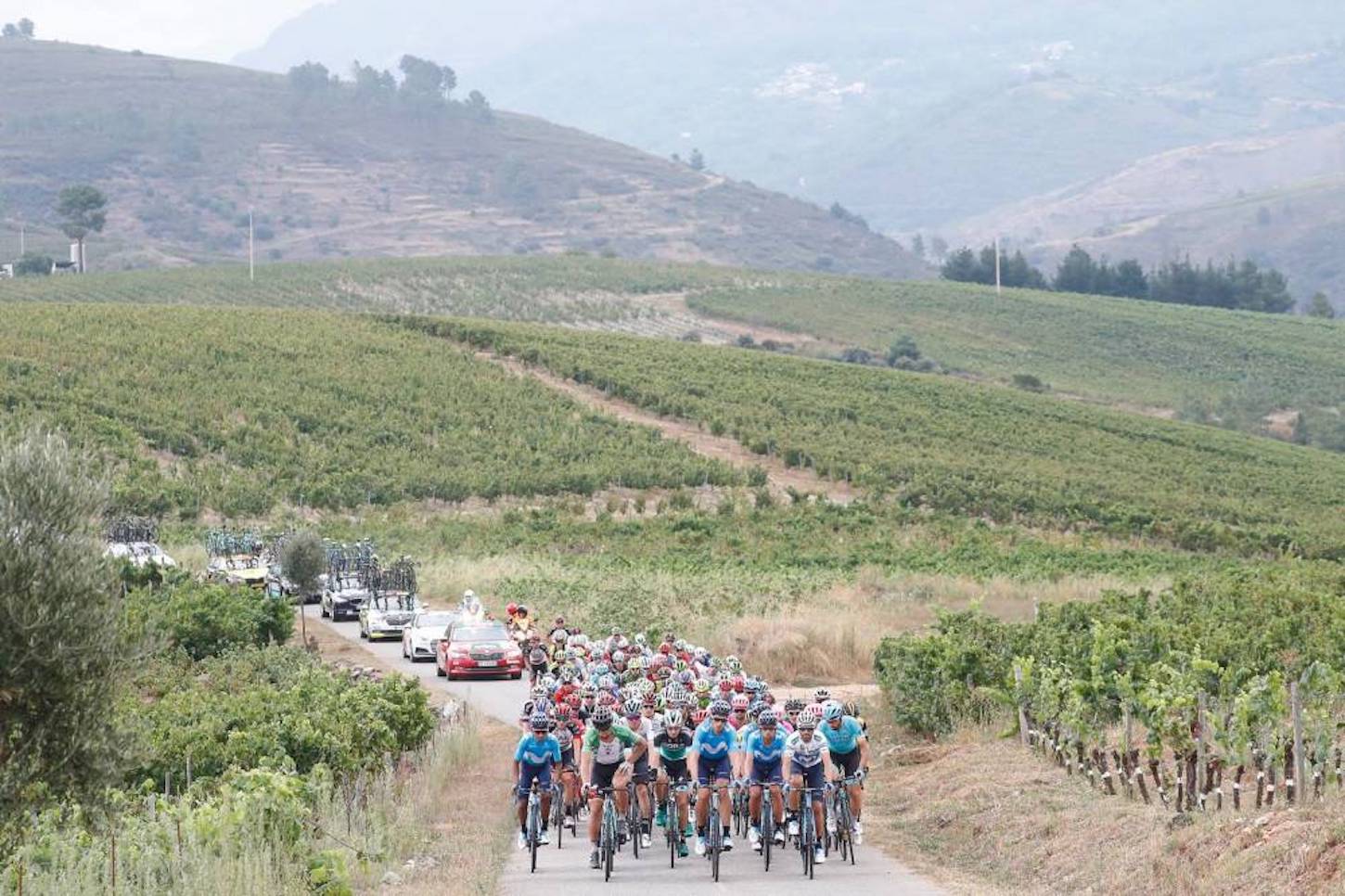 Alexandre Geniez (AG2R La Mondiale) claimed the race honors in stage 12 of the Vuelta a Espana today, after the French rider edged out Dylan Van Baarle (Team Sky) in a furious sprint for the line followed by Bahrain-Merida’s Mark Padun, who rounded out the podium in third place.

Herrada, who began today’s stage 5:45 down in the overall classification, crossed the finish a couple of minutes after Geniez to wrest the red leader’s jersey from Simon Yates.

The former Spanish national champion now leads the general classification by 3:22 over his British rival.

From there, the group continued to increase their gap throughout the day, which at one point extended to a massive 11-minute advantage over the peloton.

With 23 kilometers remaining, Padun, Brambilla, Formolo, and Campenaerts jettisoned their fellow breakaway companions, with no immediate response from the group.

However, Teuns, Van Baarle, Devenyns and Geniez eventually responded, later bridging their way to the quartet a short time later.

But, the chasers were able to rejoin the leaders during the final kilometer, after making up lost ground along the short descent.

Geniez was the first rider to open up his sprint, which saw a fierce challenge from Van Baarle who tried to close down his French rival during the last 200 meters, but to no avail.