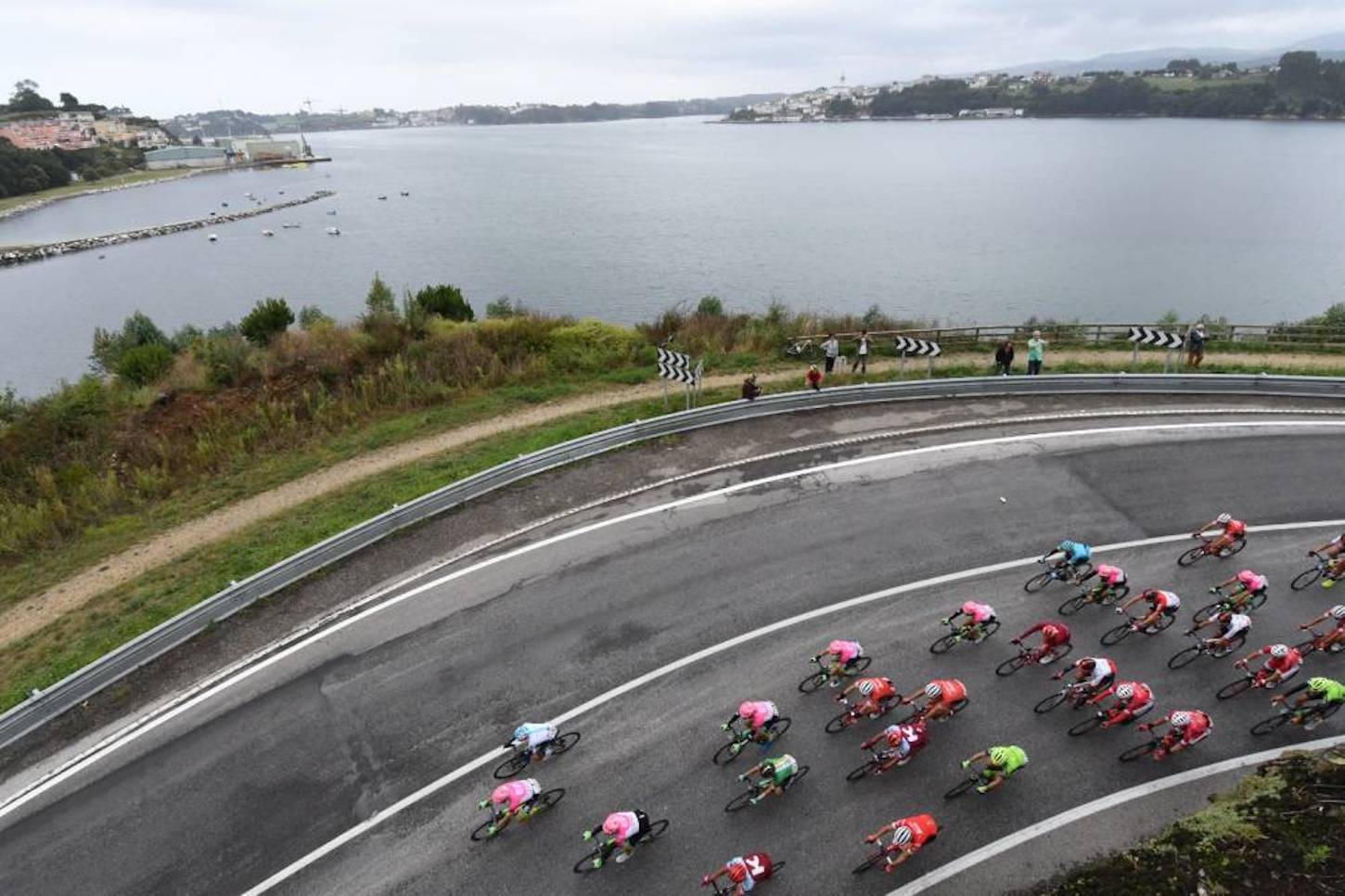 Oscar Rodriguez (Euskadi-Murias) claimed stage 13 of the Vuelta a España atop the summit finish of La Camperona today, after the Spanish rider out-maneuvered Rafal Majka (Bora-Hansgrohe) and Dylan Teuns (BMC Racing Team) during the final approach to the finish.

Rodriguez timed his move to perfection, catching and passing Majka and Teuns, who managed to ride clear of the day’s breakaway group during the final kilometer, to seize a solo victory in his Grand Tour debut.

Meanwhile, Nairo Quintana (Movistar) and Simon Yates (Mitchelton-Scott) proved to be the strongest amongst the GC contenders, riding clear of the group of favorites on the steepest section of the climb.

Quintana came in 2:32 down on Rodriguez and picked up 6 seconds on Yates when he accelerated again on the final steep approach to the line.

In the meantime, Alejandro Valverde (Movistar) came in 2:49 down, just ahead of Thibaut Pinot (Groupama-FDJ), Miguel Angel Lopez (Astana) and Wilco Kelderman (Sunweb).

Meanwhile, Jesus Herrada (Cofidis) managed to hold onto the leader’s jersey, but his lead was reduced to 1:42 over Yates and 1:50 over Quintana, while Valverde is fourth overall at 1:54 back.

From there, the group went on to established a maximum advantage of just over six minutes, which they held onto a good portion of until final climb 8 kilometer climb of La Camperona that featured gradients upwards of 20% toward the summit.

De Gendt was one of the riders to try and push on the pace towards the climb and split the group, with Cofidis leading the peloton in service of race leader Herrada along with Movistar.

On to the climb, Bora drove the pace on the front of the break with Marcus Burghardt and Jay McCarthy, putting a lot of riders in trouble with still over three minutes on the peloton.

The first move of intent came from Zakarin with 3.3 kilometer to go, but he was quickly tracked by Majka and the rest of the group.

As the road rose steeper in the final 2.5 kilometers, it was Majka who then got away with Merhawi Kudus (Dimension Data) able to bridge across first, before losing contact with the Polish rider  on the 15% gradients.

Teuns was the next rider to get across to Majka, reaching him on the horrific 20% sections of the climb. Oscar Rodriguez (Euskadi-Murias) then made it across with just over a kilometre to go with the gradient remaining steep, and he quickly went ahead of Teuns and Majka.

Such was his speed, there was nothing either of them could do to stop the Pro Continental rider getting away and heading towards victory on the line and take a huge victory for his team.

Meanwhile, back in the main group, Astana drove the pace on the peloton early on the climb as they looked to setup Miguel Angel Lopez for an attack, before Mitchelton-Scott took control heading on to the steeper sections.

Lopez then suffered an untimely mechanical problem and was dropped out of the main group but fought to get back.

As attrition set in, it was Quintana and Yates who got away in the final kilometre with their rivals lagging behind at around 12 seconds.

Quintana then attacked with around 100 meters to go to overtake Yates and hold him off by six-seconds on the line.

Quick-Step’s Enric Mas came in just three seconds after Yates, with Alejandro Valverde (Movistar) then coming in with Thibaut Pinot (Groupama-FDJ) eight seconds after, with Lopez just being. A larger group including Rigoberto Uran (EF Education First-Drapac) and Wilco Kelderman (Sunweb) then reached the finish another eight seconds back.