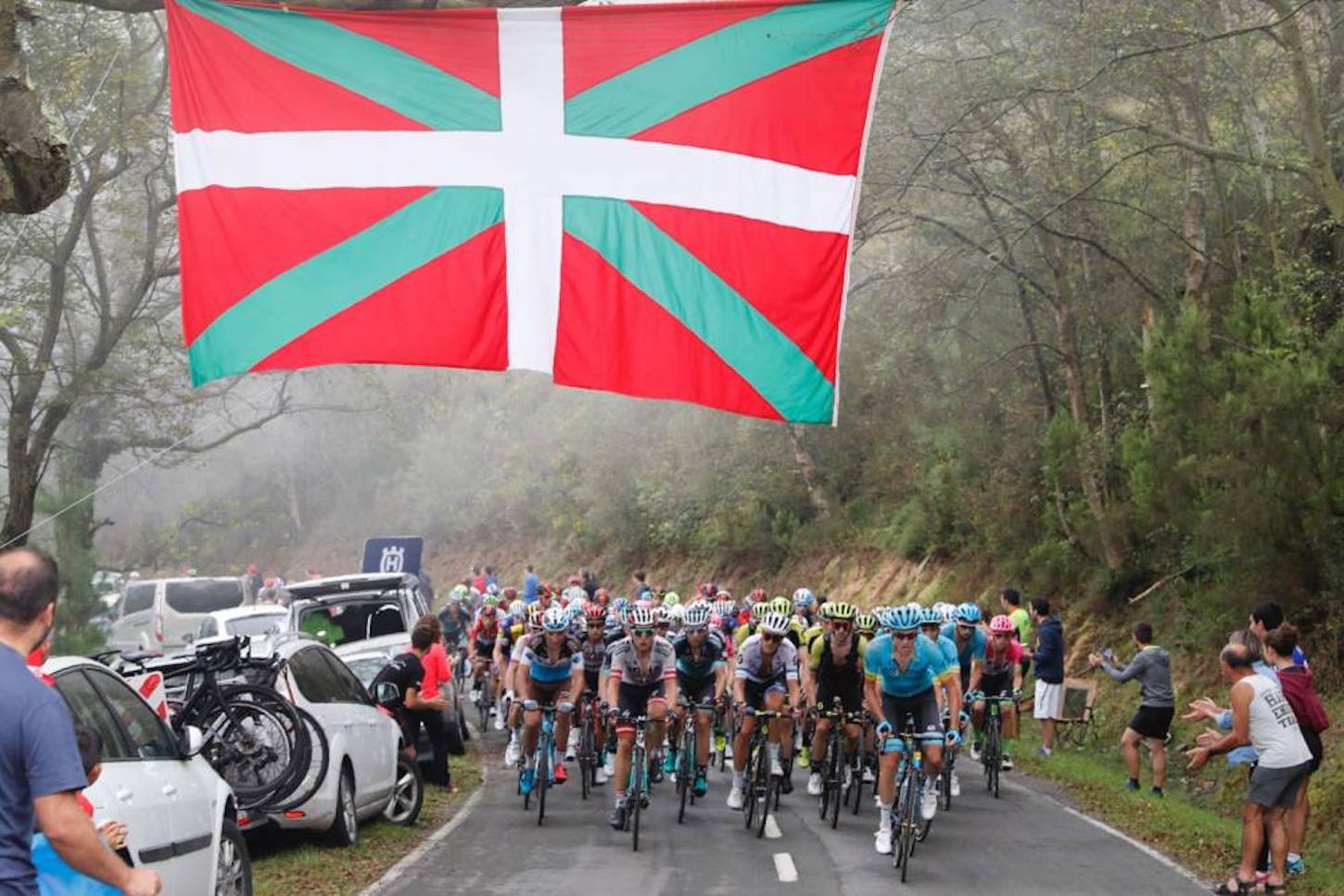 Thibaut Pinot (Groupama-FDJ) claimed a solo victory atop the Lagos de Covadonga during stage 15 of the Vuelta a Espana day, while Miguel Angel Lopez (Astana) and Simon Yates (Mitchelton-Scott) rounded out the podium half a minute behind the French winner.

From there, the group went on to establish and advantage of around four minutes over the peloton.

With 15 kilometers to go, the group had been reduced to riders, prompting an attack from Ivan Garcia (Bahrain-Merida. But, the Spanish rider was reined in just a few kilometers later.

Next, came an attack from Lopez, but he too was quickly reeled back in.

Pinot then had a go with 6.2 kilometers remaining, with no immediate response from the group.

Shortly thereafter, Yates then set off in pursuit, immediately gapping the other favorites. Alejandro Valverde tried to pick it up to help Quintana get back to the red jersey, and was eventually able to make contact with 5.3 kilometers to go.

Pinot continued to gain and moved to 16 seconds up the road, with the attacks continuing to fly behind with Yates making a move that cut down the group to four with Enric Mas as well as Lopez and Quintana involved. Valverde was able to work his way back to that group shortly after.

Lopez then made a move again with 2.1 kilometers to go, with no interest from anyone in taking up the chase again, and he was able to get a decent gap up the road.

It wouldn’t be enough to stop Pinot, who by now was assured of a stage victory on the Vuelta’s famous climb, but the Colombian was able to make a small time gain, crossing the line two seconds ahead of race leader Yates who made a late attack, with Valverde a further two seconds down. Quintana arrived a further two seconds back, with Steven Kruijswijk (LottoNL-Jumbo), having made it back after getting dropped with a few kilometers to go, beating him to the line.