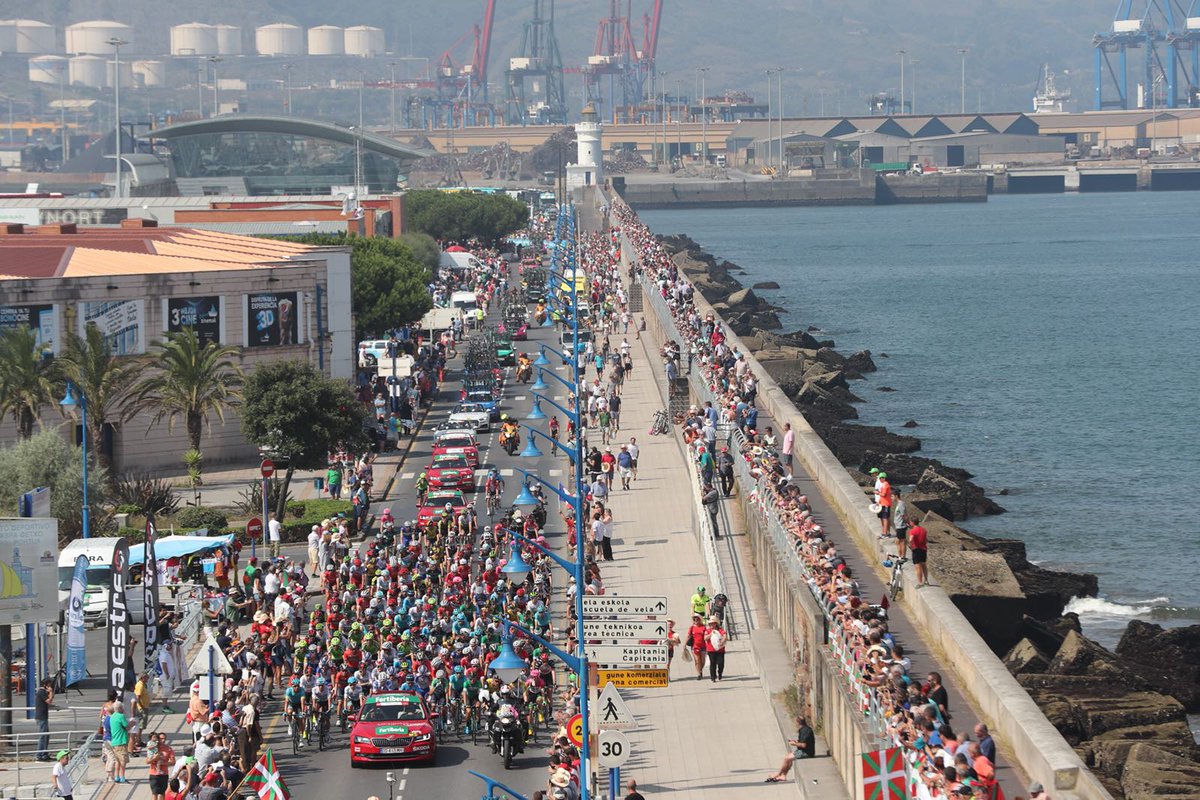 The dreaded ascent of the Alto del Balcon de Bizkaia offered a major showdown with Michael Woods (Education First-Drapac) taking a spectacular win ahead of Dylan Teuns (BMC Racing Team) on Wednesday. The Canadian puncheur went for the early breakaway and dominated climbers such as Rafal Majka (Bora-Hansgrohe) and Vincenzo Nibali (Bahrain-Merida) in the final climb featuring slopes up to 24%. Alejandro Valverde (Movistar Team) was the strongest of the GC contenders, gaining 8’’ on Simon Yates (Mitchelton-Scott), who retains the red jersey. Nairo Quintana (Movistar Team) lost one minute and dropped out of the top 5.

They had opened a gap of 2’30’’ after 35 km and five more joined them at the front as the race approached the last 100km: Franco Pellizotti (Bahrain-Merida), Pieter Serry (Quick-Step Floors), Merhawi Kudus (Dimension Data), Valerio Conti (UAE Team Emirates) and Jose Mendes (Burgos-BH). At the summit of the Alto de San Juan de Gaztelugatxe (km 85.2) the gap had stabilised around 8’ with Simon Yates’ Mitchelton-Scott driving the bunch. Euskadi-Murias upped the tempo in the last 60km and the gap was down to 5’18’’ atop the first ascent of the Balcon de Bizkaia (36km to to go), where Thomas De Gendt moved ahead of Luis Angel Mate (Cofidis) in the KOM standings.

Valverde gets closer, Quintana moves down

The attackers still enjoyed a 3’ lead at the bottom of the final climb (7.3km at 9.7%), more than enough to battle it out for the stage victory on slopes up to 24%. Rafal Majka, Michael Woods, Dylan Teuns and David de la Cruz were together for the final kilometre, where the Canadian went for a very strong effort to open a gap and then resist to the return of Dylan Teuns, once again frustrated.

In the GC group, Astana set a very hard pace and Nairo Quintana (Movistar Team) was dropped with 3km to go. Adam Yates (Mitchelton-Scott) then set the pace for his brother, until Enric Mas (Quick.Step Floors) accelerated in the final kilometer. Alejandro Valverde (Movistar Team) followed him and they won 8’’ on Simon Yates, whose GC lead is down to 25’’. Enric Mas moves up to third place ahead of Steven Kruijswijk (LottoNL-Jumbo). Nairo Quintana (Movistar Team) is out of the top 5 after losing 1’04’’ on Vavlerde.