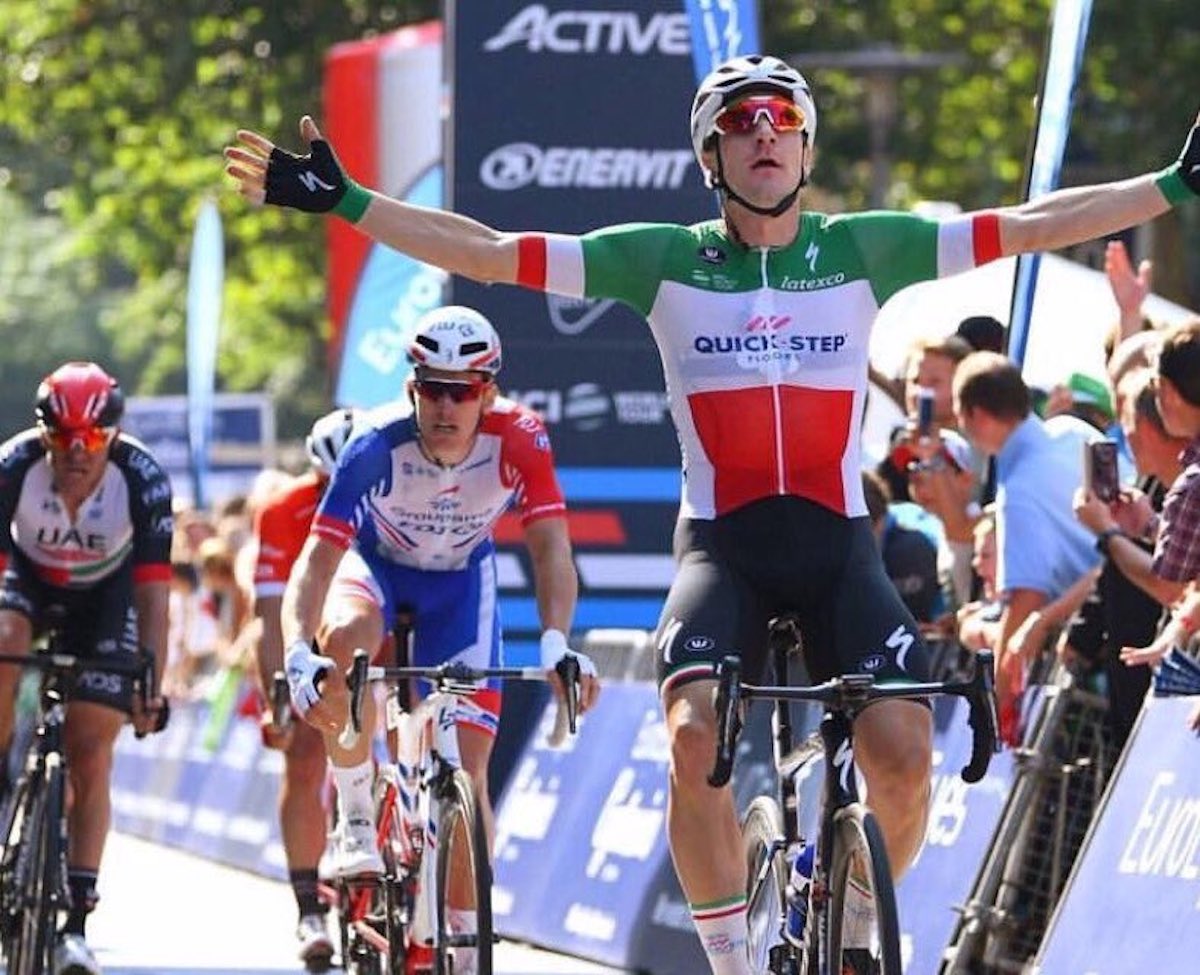 Meanwhile, Michał Kwiatkowski (Team Sky) retained his grip on the overall race lead after a race after finishing safely in the main field.

Blustery winds and some heavy policing from the Quick-Step Floors team of Viviani ensured that the break was given little leeway, which resulted in Frenchman Rolland sitting up with 50km remaining once the gap had come down to one minute.

The five leaders were joined by four counter-attackers in Belgian duo Victor Campenaerts and Jelle Wallays (bothy Lotto Soudal), Lukas Postlberger (Bora-Hansgrohe) and Alexis Gougeard (Ag2R-La Mondiale). A quick foray off the front by the Spaniard Simon came to nothing and the break –despite the injection of fresh blood – could never stretch its lead north of a minute.

One by one, riders in the break faltered – with Wallays and Peters being dropped before Campanaerts crashed on a bend with 23km remaining. Austrian champion Postlberger rode clear with 20km remaining as the Movistar-led peloton came within 20 seconds of the break – at which point the likes of Richie Porte (BMC) and the European champion Matteo Trentin (Mitchelton-Scott) had been shelled out the back.

While Trentin was able to fight back to contest the final sprint, the same could not be said of the beleaguered Porte who would come home the best part of nine minutes in arrears as his troubled start to the race continued.

Postlberger was the last man from the break caught, the Austrian rider sitting up with 7km remaining as the peloton zipped along towards the finish.

Once Movistar and Team Sky gave way to the teams of the sprinters, it was the Spanish minnows Caja Rural who combined with the LottoNL-Jumbo team of Dutch sprinter Danny Van Poppel going under the flamme rouge one kilometre from the finish.

But, Viviani demonstrated his sprinting prowess with a fast finish from the wheel of team-mate Morkov, winning by a bike length over Nizzolo and a sub-par Sagan still looking for form and fitness following his big crash in the final week of July’s Tour de France.