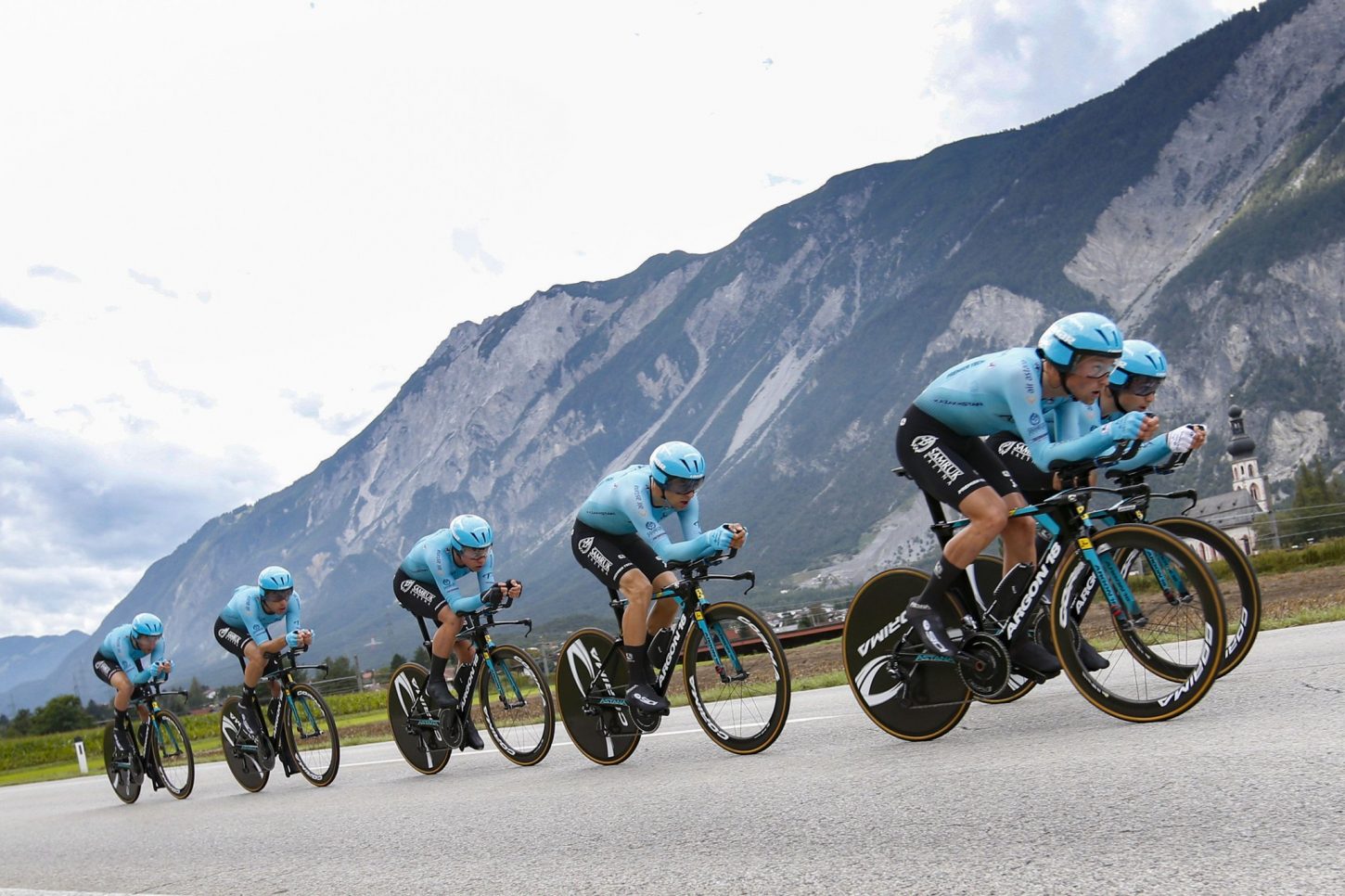 Astana stamped its authority during the opening stage of the Vuelta a Espana today, after the Kazakh team set the fastest time of 14:51 along the 13.4 kilometer course to win the Team Time Trial ahead of Deceuninck-QuickStep and Team Sunweb.

Meanwhile, Jumbo-Visma suffered a huge crash involving four of their riders that could only be described as a “disaster”.

What appeared to be a wet patch of road brought down four of the team members at a tight corner, which included race hopeful Primoz Roglic, Steven Kruijswijk, Lennard Hofstede and Neilson Powless.

After Astana set their winning benchmark, only Movistar and Deceuninck-QuickStep posed a viable challenge.

However, the Spanish team was already 13 seconds down at the first check and would eventually finish seventh on the stage, while Deceuninck was hampered by a Jumbo-Visma car that had stopped in the road to aid a rider.

Angel López took the first leader’s jersey for Astana, while with Deceuninck’s Philippe Gilbert the next non-Astana rider on GC, two seconds down in seventh place.