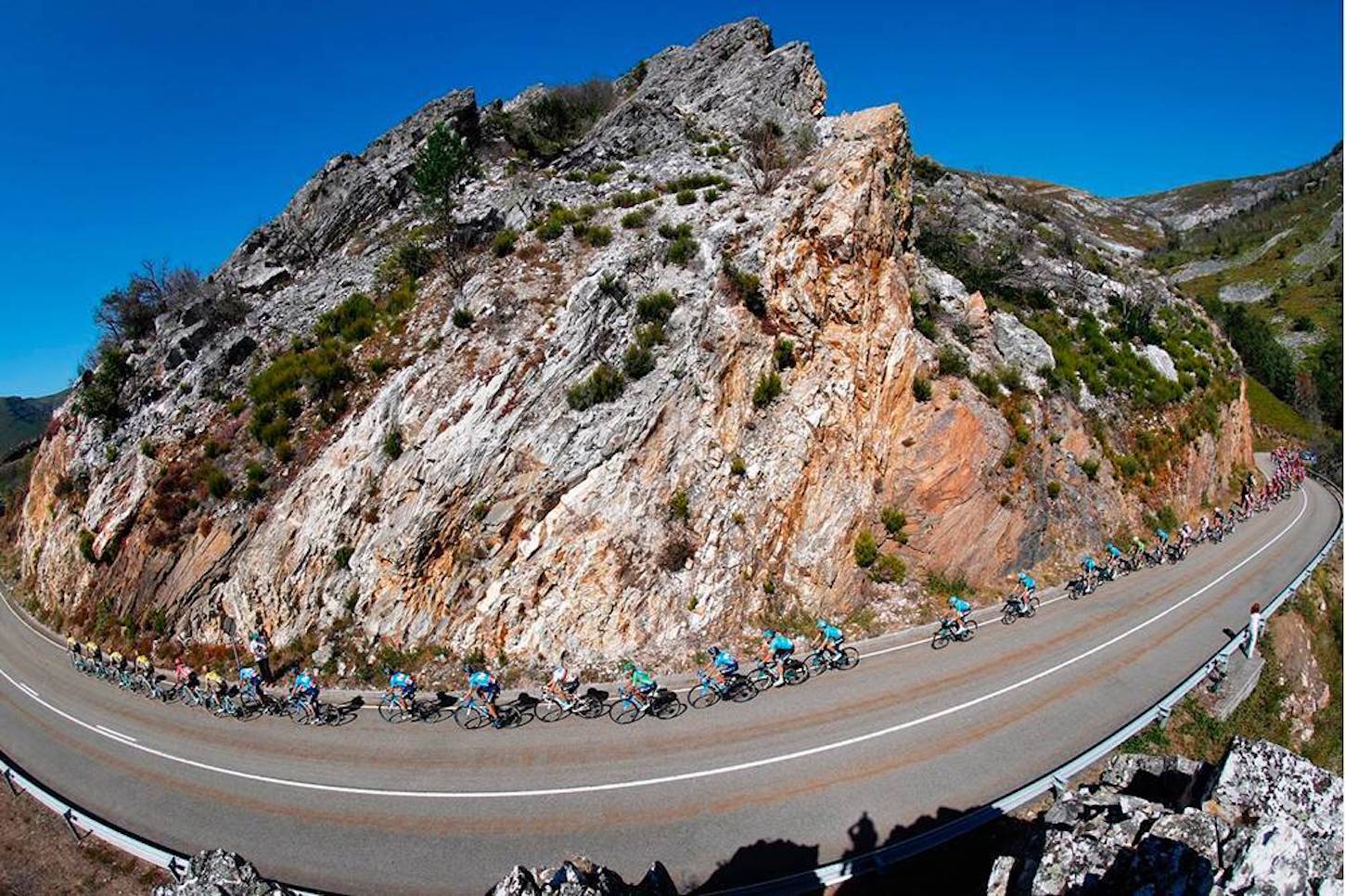 Sepp Kuss (Jumbo-Visma) won stage 15 of the Vuelta a Espana today, after the American rider attacked along the final climb with 6.6 kilometers to go, holding-off a late charge from Ruben Guerreiro (Katusha-Alpecin) and Tao Geoghegan Hart (Team Ineos) to claim the stage honors.

Meanwhile, Primoz Roglic responded to Alejandro Valverde’s (Movistar) attack inside the final 6.2 kilometers to not only retain his grip on the overall race lead, but also put considerable time into the likes of Nairo Quintana, Miguel Angel Lopez and Tadej Pogacar (UAE Team Emirates).

Attrition took its toll on the day’s breakaway group, eventually leaving just Ben O’Connor (Dimension Data), Dani Navarro (Katusha-Alpecin) and Sergio Simitier (Euskadi-Murias) at the front during the final descent of the day.

With around 16 kilometers to go, Samitier decided to attack, while his former escapees were reeled back in by the chase.

With around 6 kilometers remaining, Kuss succeeded in bridging his way to Samitier, quickly dispatching his Spanish rival and setting out on a lone breakaway.

In the meantime, Valverde launched a strong attack, with Roglic being the only one to follow the veteran Spanish rider’s move.

Jakob Fuglsang led the group that included his Astana teammate López, Tadej Pogacar, Rafal Majka and Quintana, trying to avoid a big time loss to Valverde and Roglic. But, with one kilometer to go, Quintana could be seen struggling to stay on terms with the pace set by the Danish rider.

Back up front, Kuss went on to seize a solo victory, followed by Guerreiro and Hart, while Roglic and Valverde crossed the finish 14 seconds adrift of the leaders.

Roglic continues to lead Valverde in the overall classification by 2:45, while López trails at 3:59 followed by Quintana at 5:09.