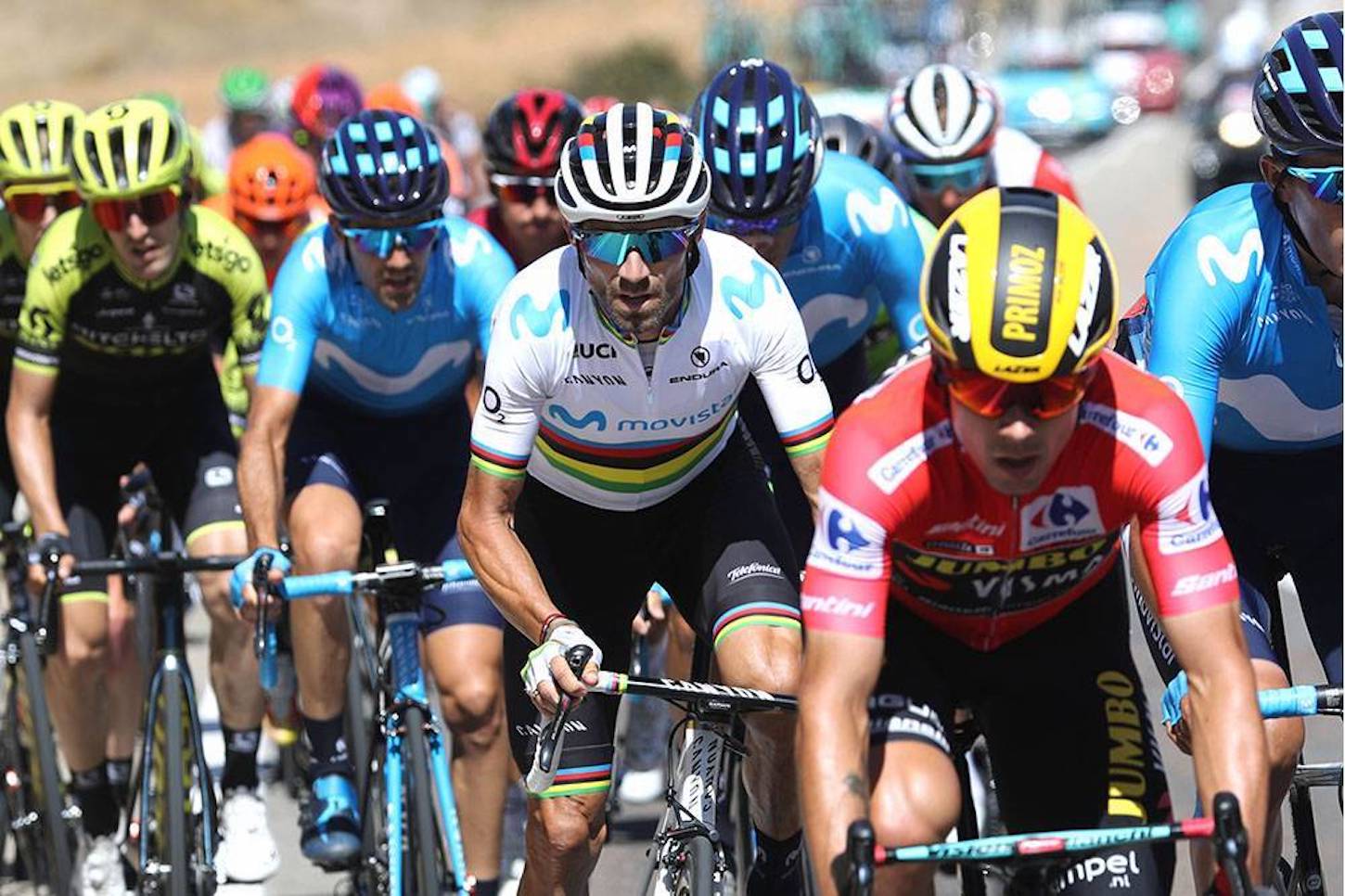 Deceuninck – Quick Step’s Philippe Gilbert produced another fine performance in stage 17  of the Vuelta a España to take the victory in Guadalajara, while Primož Roglič (Team Jumbo-Visma) remained in control of the GC.

As crosswinds affected the teams’ tactics a large 47 rider front group formed early on this hectic 219.6 kilometer stage, with Gilbert and Nairo Quintana (Movistar Team) amongst that contingent.

There were significant tailwinds in the final few kilometres which saw Gilbert eventually grab his second win of the 2019 Vuelta by two seconds from Sam Bennett (BORA – hansgrohe), while Rémi Cavagna (Deceuninck – Quick Step) was third.

Quintana had started the day sixth overall at 7’43” but he made up significant ground to move up to second and reduce the deficit to race leader Roglič to 2’24”. Quintana’s teammate Alejandro Valverde reamins 2’48” behind Roglič, but now sits in third place in the GC.

“It was a very special one. I think it’s the kind of stage that will stay in the history, because of the way we rode. It was crazy from the gun,” said Gilbert.

“We went with a big group of more than 40 guys, with some guys there for GC, with Nairo Quintana and James Knox for us. We were like seven out of eight guys from Deceuninck-Quick-Step and, honestly, we rode like crazy as a team, giving morale to each other – it was really nice to see.

“With the passing kilometers we dropped guys, on different difficulties – crosswinds or climbs.”

Zdenek Śtybar (Deceuninck-Quick-Step) attacked with 2 kilometers to go, but the Czech rider was caught inside the final 500 meters.

Sam Bennett (Bora-Hansgrohe) initiated a subsequent attack with Gilbert on his wheel.

However, the Belgian rider came around his Irish rival during the closing 200 meters to snatch the stage honors.

All four riders were part of the large breakaway group of the day, which formed soon after the start of the stage, later building up a maximum advantage of nearly six minutes over the peloton.