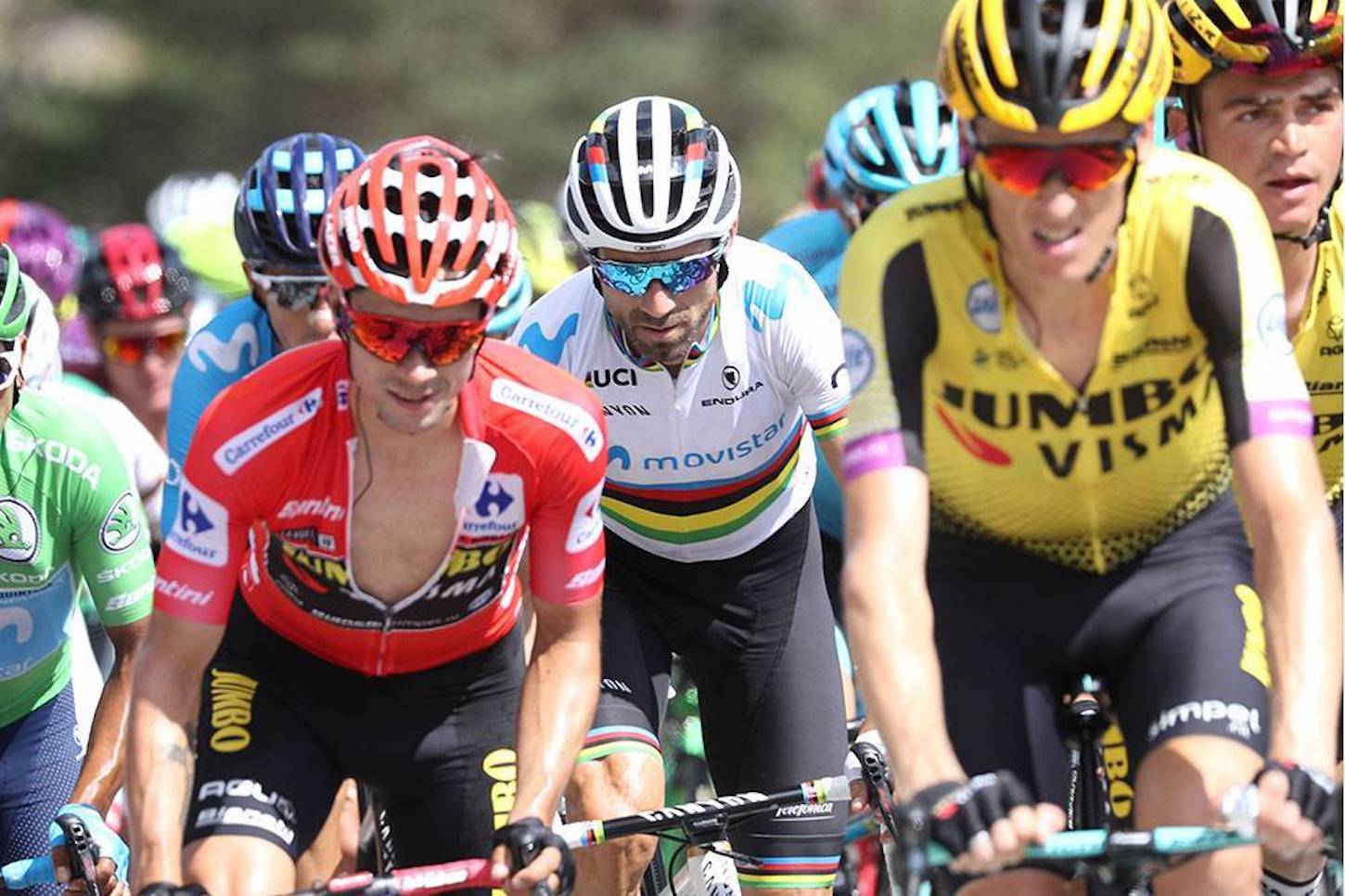 Sergio Higuita (EF Education First Pro Cycling) soloed to a memorable first Grand Tour stage victory on Stage 18 of the Vuelta a España, attacking from the breakaway 52km out and riding alone all the way to the finish in Becerril de la Sierra.

Primož Roglič (Jumbo-Visma) retained his hold on the GC, and extended his lead in the overall standings to 2’50” as Alejandro Valverde overtook his Movistar team-mate Nairo Quintana to slot into second in the GC.

Roglič came across the finish line in second place, 15 seconds behind Higuita, beating Valverde to a six-second bonus, and Miguel Ángel López followed behind Rafal Majka (BORA – hansgrohe) as he took the white jersey from Tadej Pogačar (UAE Team Emirates).

Pogačar lost 59 seconds to López, with the Colombian leapfrogging the young Slovenian into fourth overall thanks to an aggressive ride in which he attacked multiplied times.

“I had good legs today and the stage suited me,” said Higuita.

“I wanted to win a stage for the team too because we’ve had so much bad luck. I got a gap and wanted to stay away, so I gave it absolutely everything. It was nice to celebrate with the Colombian fans at the finish.”

Earlier in the stage, Wout Poels (Team Ineos) was the lone leader as he created the summit of the first climb of the Puerto de Navacerrada.

With 71 kilometers to go, the race revisited the climb of the Morcuera from the opposite side, wherein Miguel Angel Lopez (Astana) attacked from the peloton and started closing in on the escapees 3 kilometers from the summit.

On the Puerto de Cotos climb, Higuita commenced his winning move, riding clear of the breakaway group with 37 kilometers still to go.

In the meantime, Lopez fell back into the peloton, only for the Colombian rider to attack again, this time taking Roglič, Valverde and Rafal Majka (Bora-Hansgrohe) with him.

Back up front, Higuita continued to increase his lead along the descent, which was enough for the young Colombian rider to hold-off the chase during the final 17 kilometers and seize the stage honors.