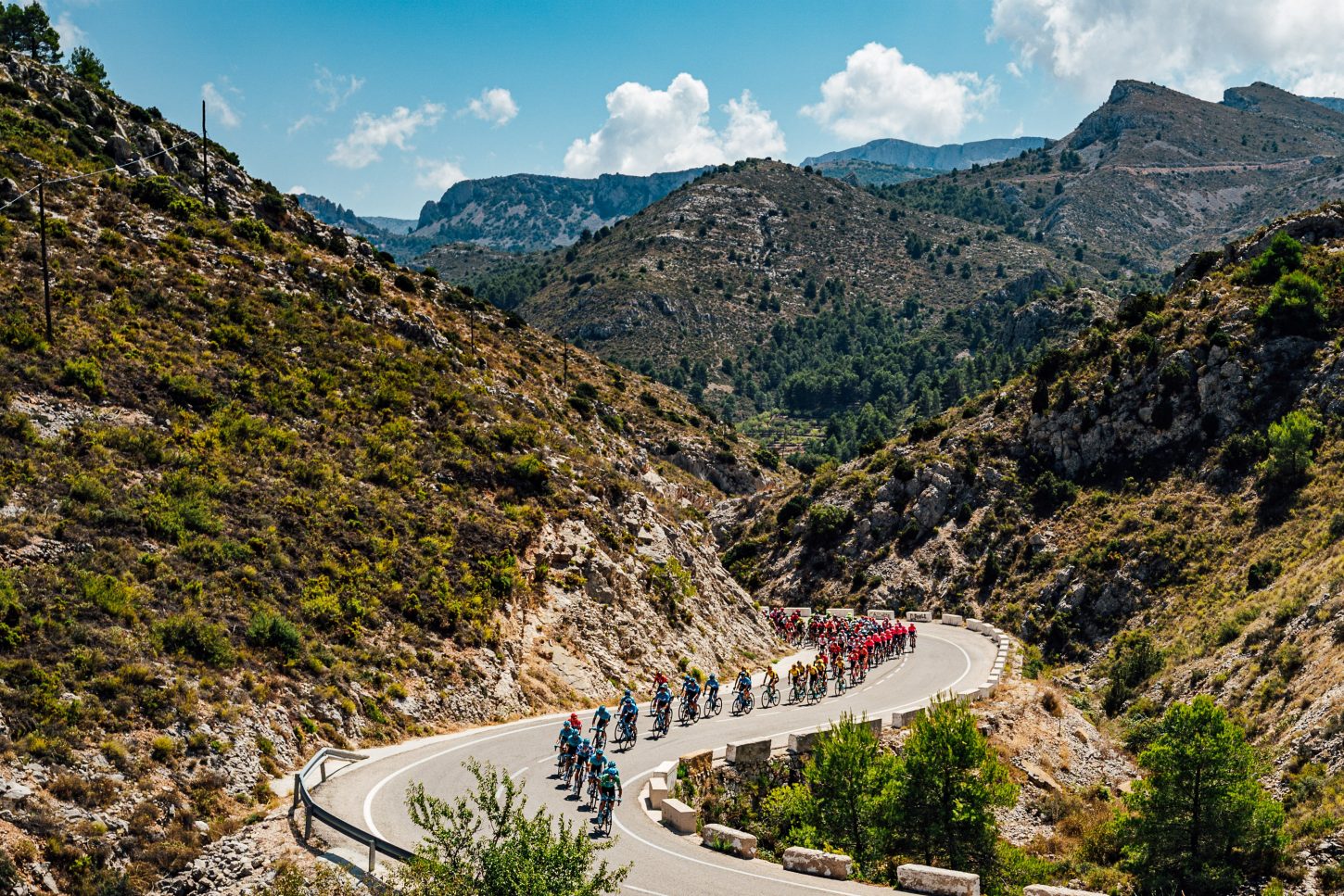 Sam Bennett (Bora-Hansgrohe) won stage 3 of the Vuelta a Espana today, after the Irish rider beat Edward Theuns (Trek-Segafredo) and Luka Mezgec (Mitchelton-Scott) in a bunch sprint in Alicante.

But, there was no place for Fernando Gaviria in the bunch sprint, after the Colombian rider who crashed badly in the opening team time trial on Saturday was distanced on a climb some 40 kilometers from the finish.

Bennett praised the efforts of his Bora-Hansgrohe teammates.

“I knew it was a very fast final and I wanted to kick first,” the 28-year-old said. “But I couldn’t have done it without the help of my team, who were perfect today.”

The breakaway of the day came when Angel Madrazo, Hector Saez and Diego Rubio managed to escape the peloton early on in today’s 188 kilometer stage from Ibi to Alicante

But, after along day out front, the escapees were eventually reined in with 39 kilometers to go, with a flurry of attacks subsequently coming from Thomas De Gendt, Marc Soler, Damien Howson, Sepp Kuss and Nielson Powless.

However, the peloton arrived intact for the final kilometer, with Trek-Segafredo’s John Degenkolb serving as the lead out man for Theuns.

But, as soon as the Belgian rider launched his sprint, Bennett countered with a final acceleration that proved to be too powerful for his rivals to match.