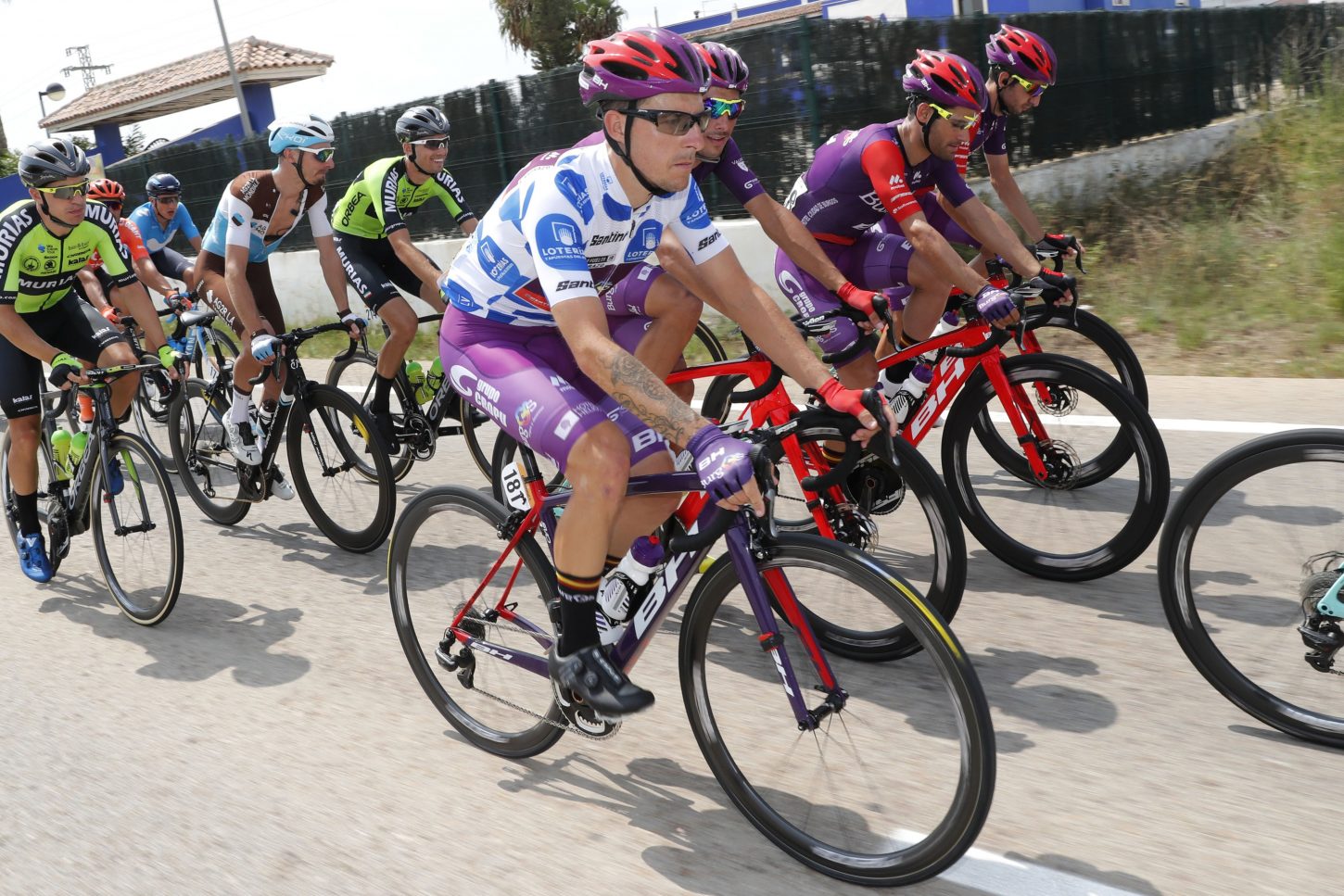 Angel Madrazo (Burgos-BH) took a surprising victory in stage 5 of the Vuelta a España today, after the Spanish rider rode clear of fellow breakaway companions Jetse Bol (Burgos-BH) and José Herrada (Cofidis) during the final kilometer to seize the stage honors atop the summit finish of the Alto de Javalambre.

Meanwhile, Miguel Angel Lopez (Astana) moved back into the overall race lead, after commencing a forceful attack with a few kilometers remaining to finish in fourth place, wresting the red jersey from the shoulders of Nicolas Roche (Sunweb).

The three-man break had a nine-minute lead going onto the decisive climb and managed to hold on despite attacks from the race favorites behind.

Lopez made the telling move with 4 kilometers to go, attacking from an elite group which had formed around the world champion Alejandro Valverde.

With overnight race leader Roche digging deep but distanced on the final climb, Lopez moved back onto the summit with a 14-second lead over Jumbo-Visma’s Roglic.

Movistar’s Nairo Quintana, who came eighth on the stage but couldn’t keep up with teammate Valverde’s surges, is third at 23 seconds, five seconds clear of the man in rainbow stripes.

After three days in red, Roche dropped to fifth place on GC, at 59 seconds, on the first of eight summit finishes on a typically mountainous edition of the Vuelta.