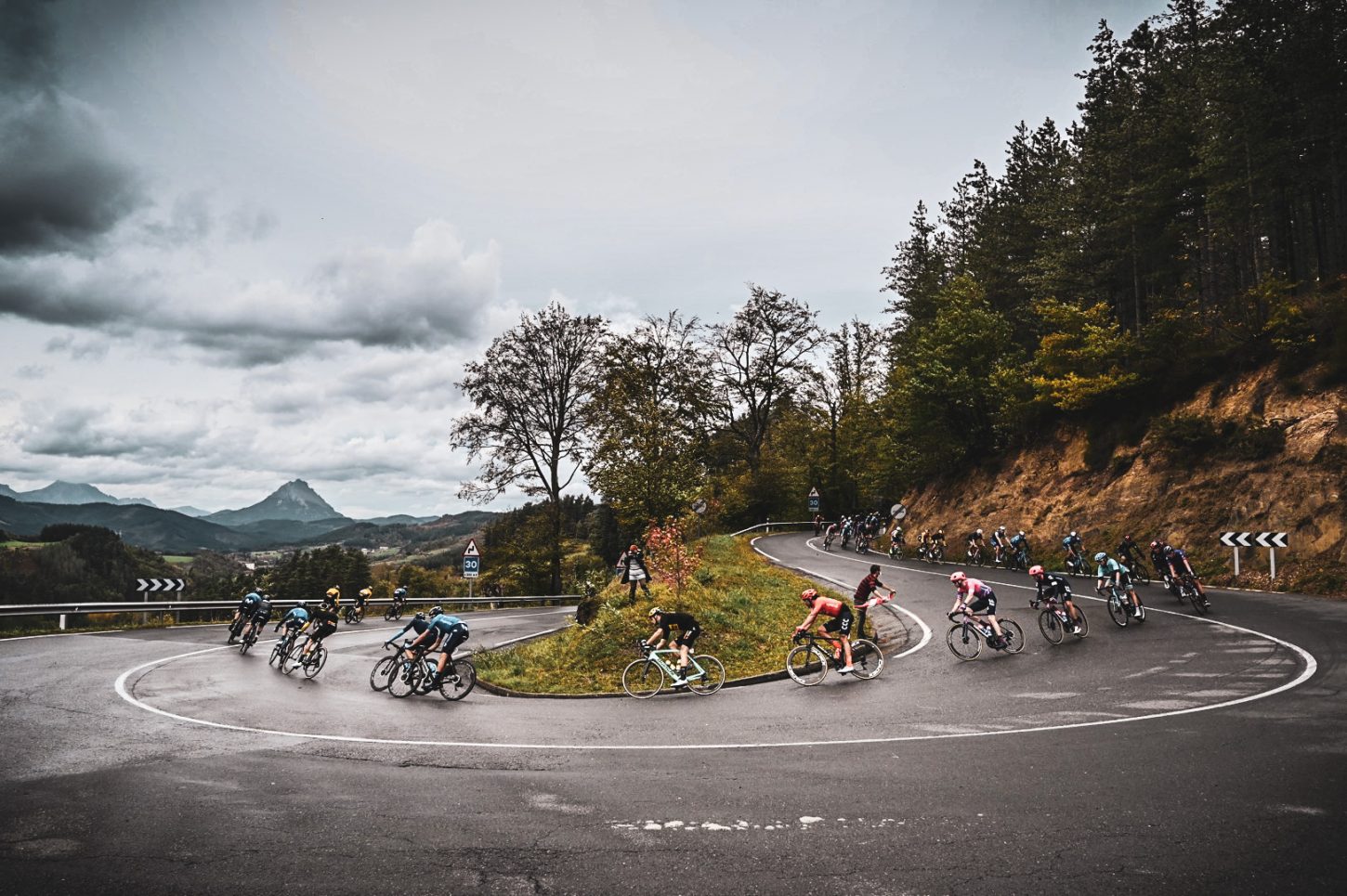 Primož Roglič (Jumbo-Visma) won the opening stage of the Vuelta a España today, emerging from a select group of riders atop the Alto de Arrate to claim the first red jersey of race.

The Slovenian rider succeeded in riding clear from an eight-man lead group during the final kilometer after having crested the steep finishing climb of the Arrate, taking victory ahead of Richard Carapaz (Ineos Grenadiers) and Esteban Chaves (Mitchelton-Scott) to seize the stage honors.

In the meantime, race hopefuls, Chris Froome (Ineos Grenadiers) and Thibaut Pinot (Groupama-FDJ), both got dropped on the penultimate climb of the day, with their chances for victory in this year’s Spanish Grand Tour already looking bleak.

Attacks got underway from the start, with Rémi Cavagna (Deceuninck-Quick Step) and Quentin Jauregui (AG2R-La Mondiale) opening up a slight  gap after 5 kilometers of racing.

From there, the escapees’ advantage swelled to almost four minutes over the peloton. However, the combination of rainy conditions and a determined pursuit effort later brought the curtains down on them with 25 kilometers remaining.

An attack later came from Jonathan Lastra (Caja Rural-Seguros RGA) with 19 kilometers to go, but Ineos Grenadiers was quick to control the aggression along the Alto de Elgeta.

Still, their captain, Froome, was among those who couldn’t keep pace on the climb, quickly falling back from the fast tempo his teammate Andrey Amador was keeping.

Ivan Sosa upped the pace shortly thereafter for the British squad, thinning the lead group out to 16 riders.

With 4.5 kilometers to go, Sepp Kuss (Team Jumbo-Visma) initiated an attack, with Carapaz quick to respond.

But, the American rider kept pushing on behalf of his team leader, Roglič, who surged during the final kilometer to seize a solo victory by a minute over his rivals.