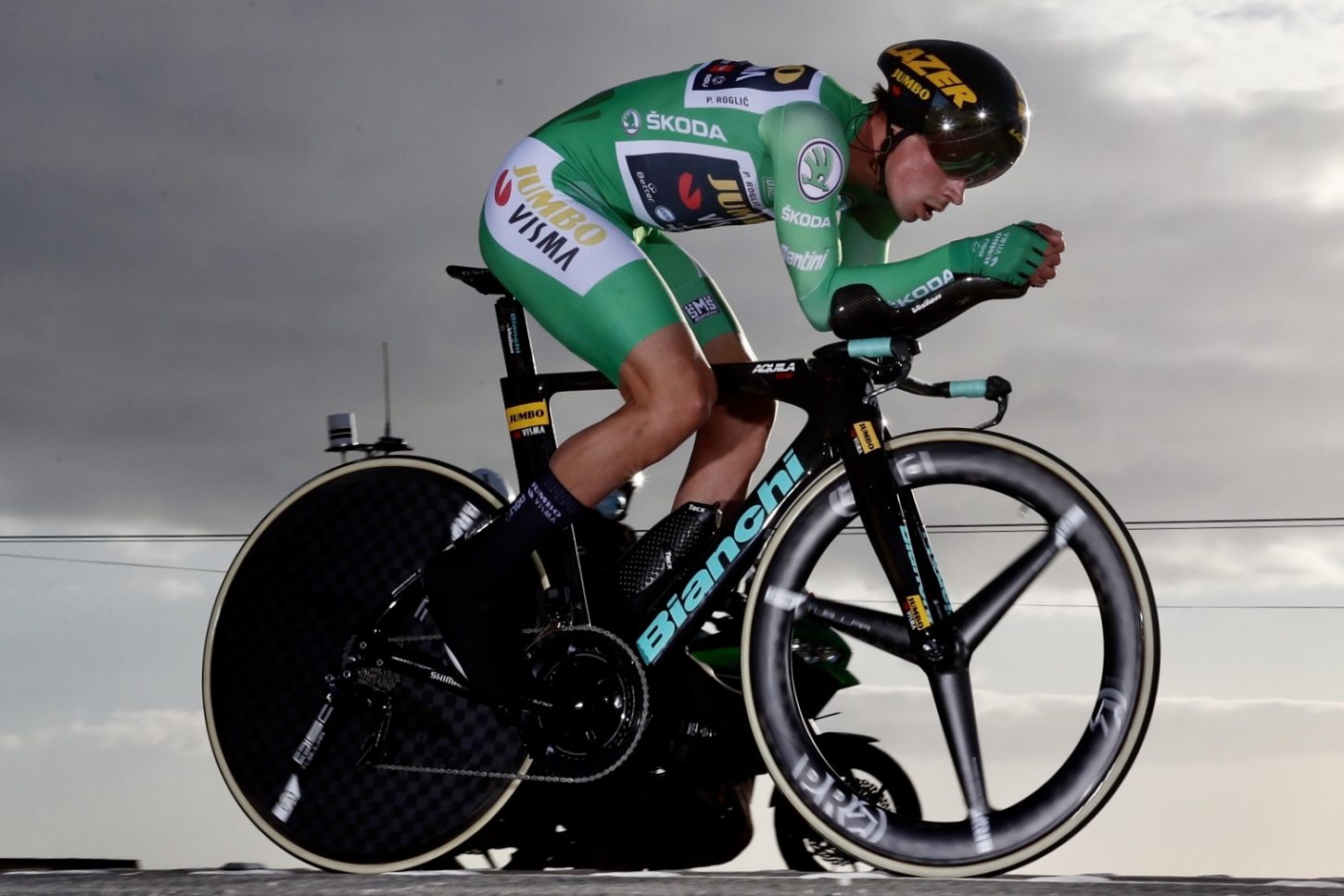 A superior bike change at the foot of the climb and an explosive assault on the 14.8% average gradient saw Roglič edge-out the American rider Will Barta (CCC Team) by one second.

Going into the stage, Richard Carapaz (INEOS- Grenadiers) held a 10-second advantage over Roglič, but after conceding 49-seconds in today’s ITT, the Ecuadorian rider now trails his rival by 9-seconds in the overall standings.

Meanwhile, Hugh Carthy, who entered the GC fray with a victory on the Angliru on Sunday, crossed the line in provisional third place behind Barta and Nelson Oliveira (Movistar)

Carthy ended up in fourth place, 25 seconds down on Roglič, to retain his third place on GC and stay within 47 seconds off the red jersey entering the final phase of the race.

The last man down the ramp was Carapaz, putting in a solid ITT to take seventh place on the day.

Dan Martin (Israel Start-Up Nation) and Enric Mas (Movistar) did enough to stay in fourth and fifth place in the general classification, but both riders conceded over a minute to Roglic as they drifted further back in the standings. Martin is now 1’42” down and Mas, the white jersey as best young rider, 3’32 in arrears.