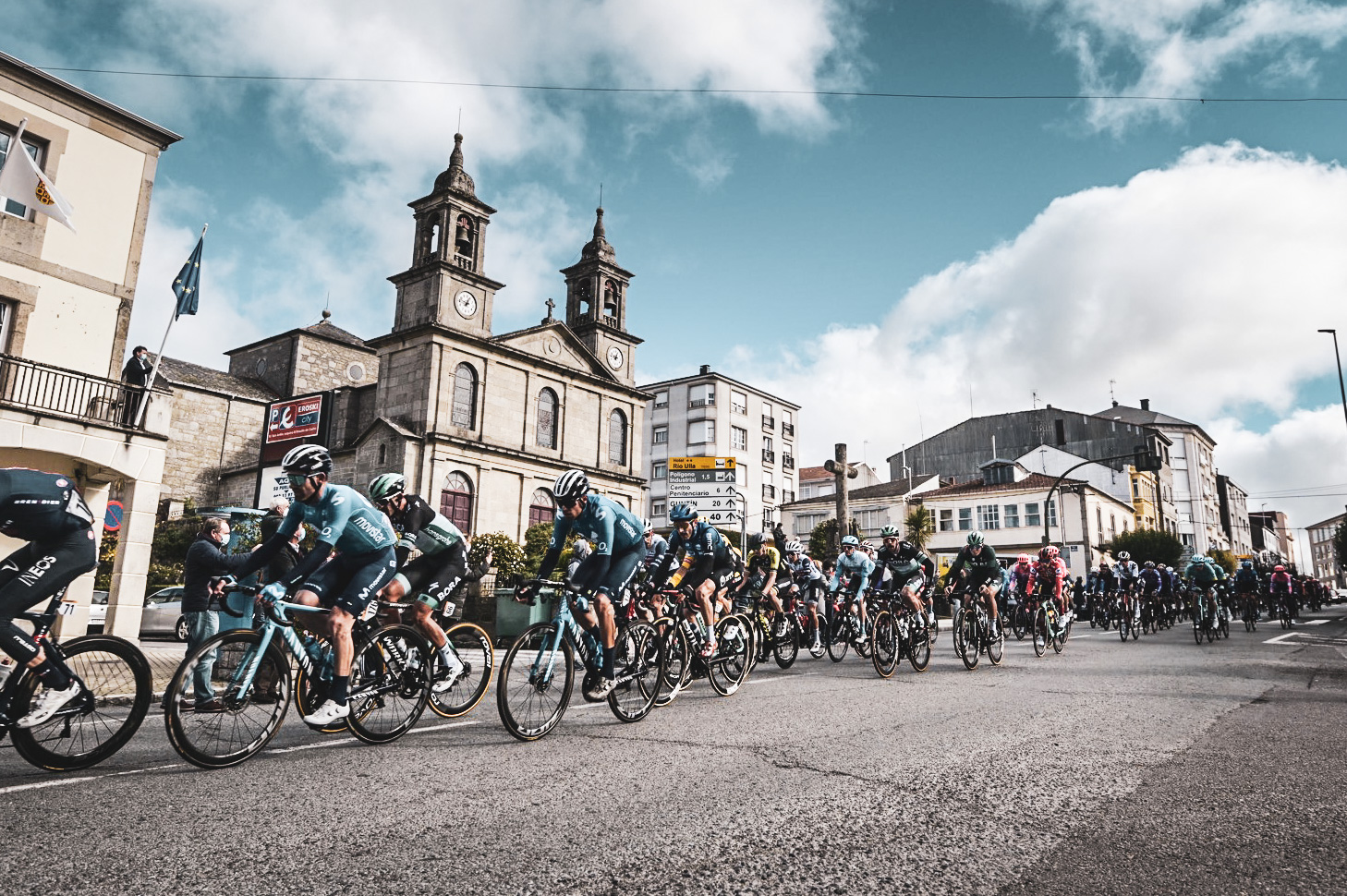 Tim Wellens (Lotto Soudal) won stage 14 of the Vuelta a España in Ourense today, after the Belgian broke clear of a small group of riders with a final surge to claim the stage honors.

A small group of riders containing Zdenek Stybar (Deceuninck-Quick Step), Marc Soler (Movistar), Dylan van Baarle (Ineos Grenadiers), Michael Woods (EF Pro Cycling), Wellens, Thymen Arensman (Sunweb) and Pierre-Luc Périchon (Cofidis) seized the opportunity to breakaway from the peloton at the outset of today’s 204.7 kilometer stage from Lugo to Ourense, later building up an advantage of over five and a half minutes.

However, their lead over the peloton continued to dwindle to where it was just over a minute with 35 kilometers remaining.

Still clinging to a slim margin, Woods attacked 2.5 kilometers from the summit of the Aldo de Abelaira, with all but Périchon able to follow his move.

From there, a series of attacks and counter-attacks ensued with Soler and Stybar riding clear.

But, Wellens was wise to their move, surging ahead of his rivals just before the summit to clinch the victory – thwarting a final effort by Woods to catch him.