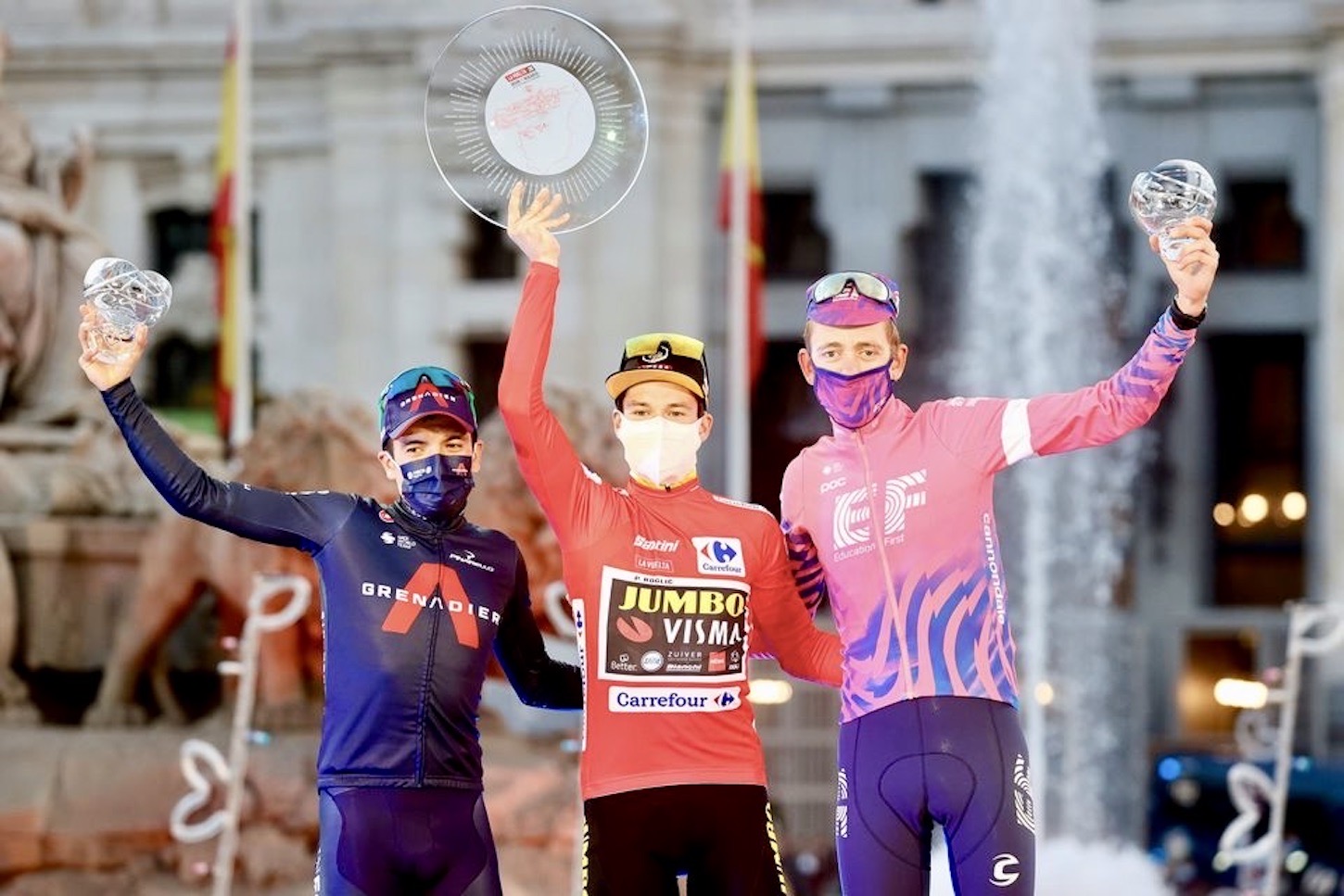 Pascal Ackermann claimed the 18th and final stage of the Vuelta a España today, beating Sam Bennett in a sprint finish in Madrid, while Primoz Roglic sealed the overall race victory.

Ackermann beat Bennett in a photo finish, with the German rider getting the better of his former Irish teammate.

The Slovenian rider lost out on the Tour de France title in brutal fashion in the final time trial in September, having led for much of the race. But the Jumbo-Visma star bounced back with a brilliant Monument victory before dominating this year’s Vuelta.

The polka dot was a more hotly-contested jersey, with Guillaume Martin (Cofidis) running out the eventual winner after a fierce battle early in the race with Tim Wellens (Lotto Soudal).

Remi Cavagna was awarded the most combative rider of La Vuelta this morning, after some sterling performances in breakaways and coming dangerously close to stealing a couple of stage wins along the way as well. Also receiving recognition before the day began was Chris Froome, who was presented with the trophy for the 2011 Vuelta which he won only after Jaunjo Cobo was disqualified.