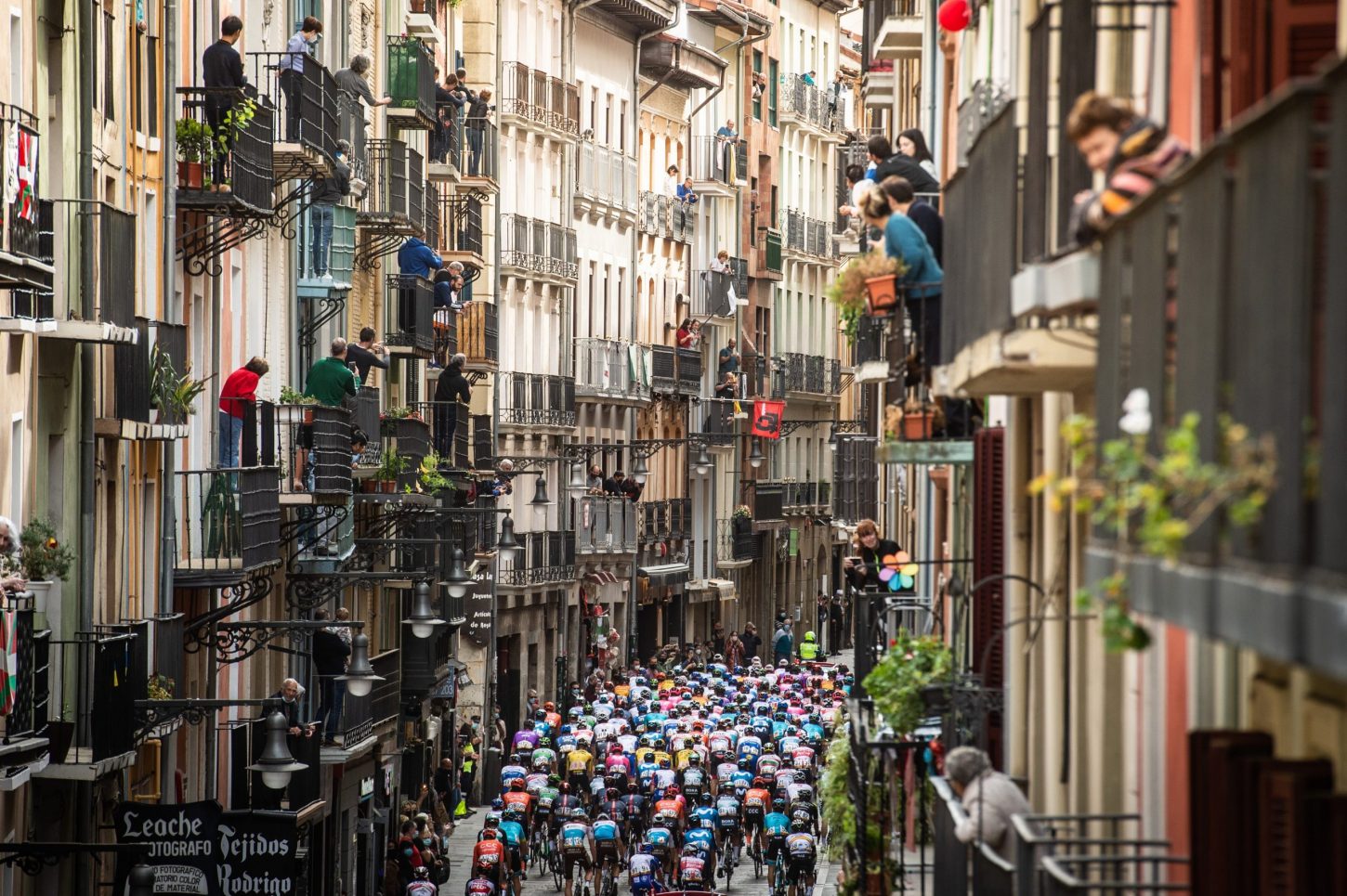 Marc Soler (Movistar) won stage 2 of the Vuelta a Espana in Navare today, after the Spanish rider commenced a late attack from a select group to claim a solo victory ahead of Primoz Roglic and the rest of nine-man group.

Today’s victory was Soler’s first at Grand Tour level and his biggest since his breakthrough victory in the 2018 Paris-Nice.

“I’m very happy because we’re racing on home roads,” Soler said. “This was a stage we really wanted to win and we’d studied the roads this week. This is my first win in a Grand Tour and I’m very happy about that. It pays us back for all the hard work done during what has been a very difficult year. It’s great for all the team and I can only thank them for their support.

“We knew the climb and Carlos Verona set a high pace. Then I kept going as fast as I could. If I got caught I knew that Alejandro could perhaps win. But I stayed out front and made it to the finish.

Soler used the momentum going over the summit of the last climb of the day to launch an attack, establishing a gap to the elite selection behind then forging on solo to victory.

Meanwhile, Dan Martin (Israel StartUp Nation) continues his great showing in this year’s Vuelta with a couple of bonus seconds for third place on the stage. He leapfrogs Carapaz into second overall and now sits just nine seconds adrift of Roglic’s lead, while Carapaz is third on GC at 11 seconds, followed by Esteban Chaves (Mitchelton Scott) in fourth at 17 seconds, the same time as fifth-placed Enric Mas (Movistar).

Hugh Carthy (EF Pro Cycling), Sep Kuss and George Bennett (Jumbo Visma) also move up one place in the GC at the expense of Felix Grosschartner (Bora Hansgrohe), who was dropped on the last climb of the day.

Further back it was another day of big time losses for Chris Froome as he was dropped on the penultimate climb. Before the day Froome told reporters that he did not expect to be able to compete with the top riders as he continues his comeback, and that prediction was evidenced by another performance far below his previous best. Guillaume Martin also lost considerable time after being caught on the wrong side of a split.

In the meantime, Kuss lost the king of the mountains jersey today to Richard Carapaz, while Enric Mas cemented his place in the lead of the white jersey for best young rider with a very convincing performance, with Roglic retaining his lead in the green points jersey.