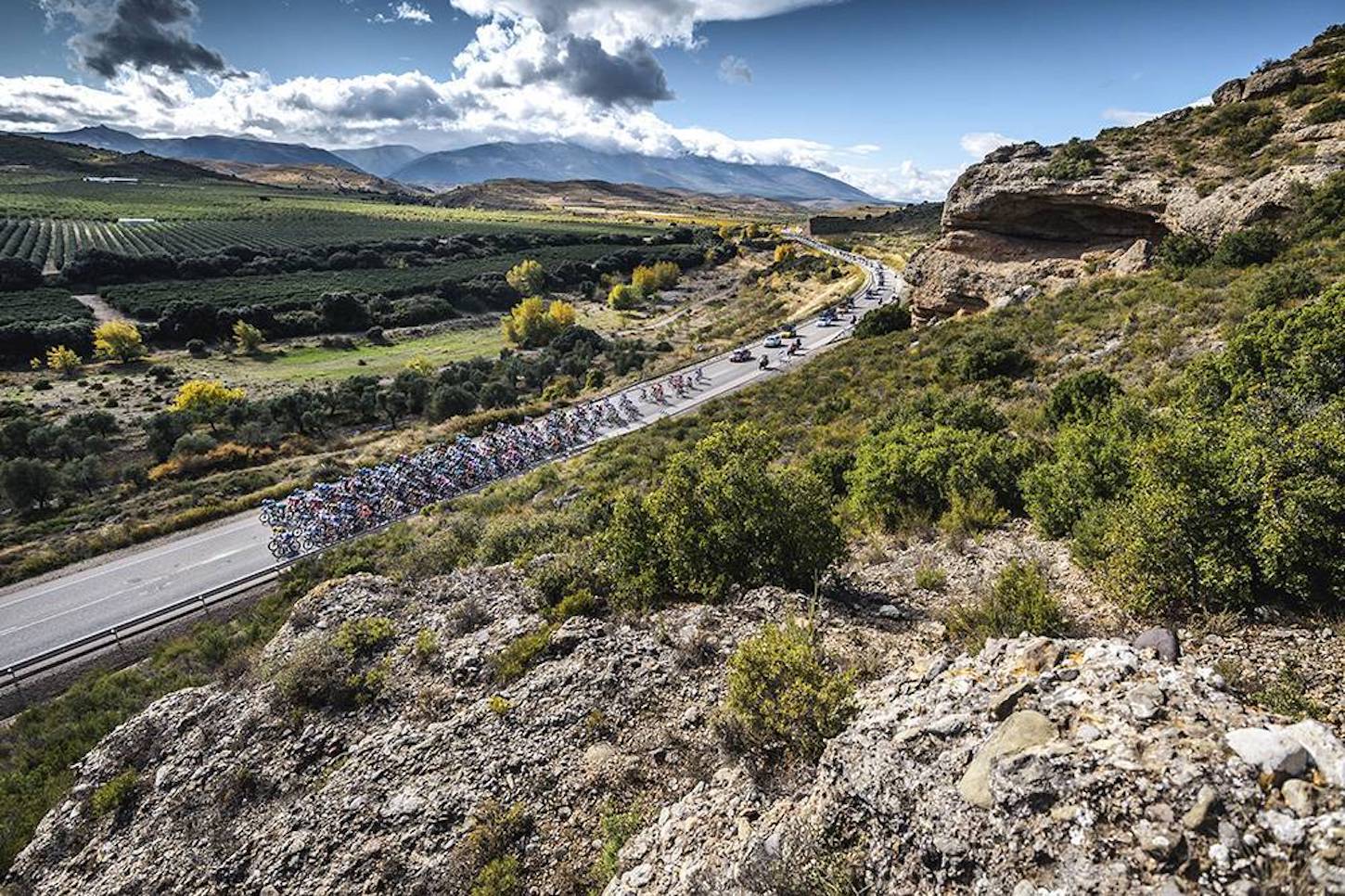 Sam Bennett (Deceuninck–Quick-Step) made it back-to-back victories for Ireland in the Vuelta a España today, after winning stage 4 with a perfectly timed sprint ahead of Jasper Philipsen (UAE Team Emirates) – followed by Jakub Marecko (CCC) and Pascal Ackermann (Bora-Hansgrohe) who sprinted for third and fourth respectively.

Bennett made the most of a flat stage en route to Ejea de los Caballeros, with his Deceuninck–Quick-Step team working hard all day to ensure a bunch sprint for the Irish rider.

However, as the escapees entered the 100 kilometers to go mark, their advantage had been cut in half.

Back in the peloton, Movistar upped the ante outside of Borja, decreasing the lead quartet’s margin to just 20 seconds. But, a lull in the chase allowed the breakaway to extend their lead blackout to 1:30 en route to Ejea de los Caballeros – with 65 kilometers remaining.

With 23 kilometers to go, the peloton was once again successful in reducing the leaders’ advantage to just 34 seconds.

At one point, only Smit remained out front, but the Burgos-BH rider was eventually reeled in 14 kilometers from the finish.

From there, the peloton kept a fast pace, with each team working to position their respective sprinters for an inevitable sprint finale.

Deceuninck-Quick Step was the first team to hit the front inside the final 5 kilometers, with a strong showing by Rémi Cavagna that ultimately delivered Bennett to victory.