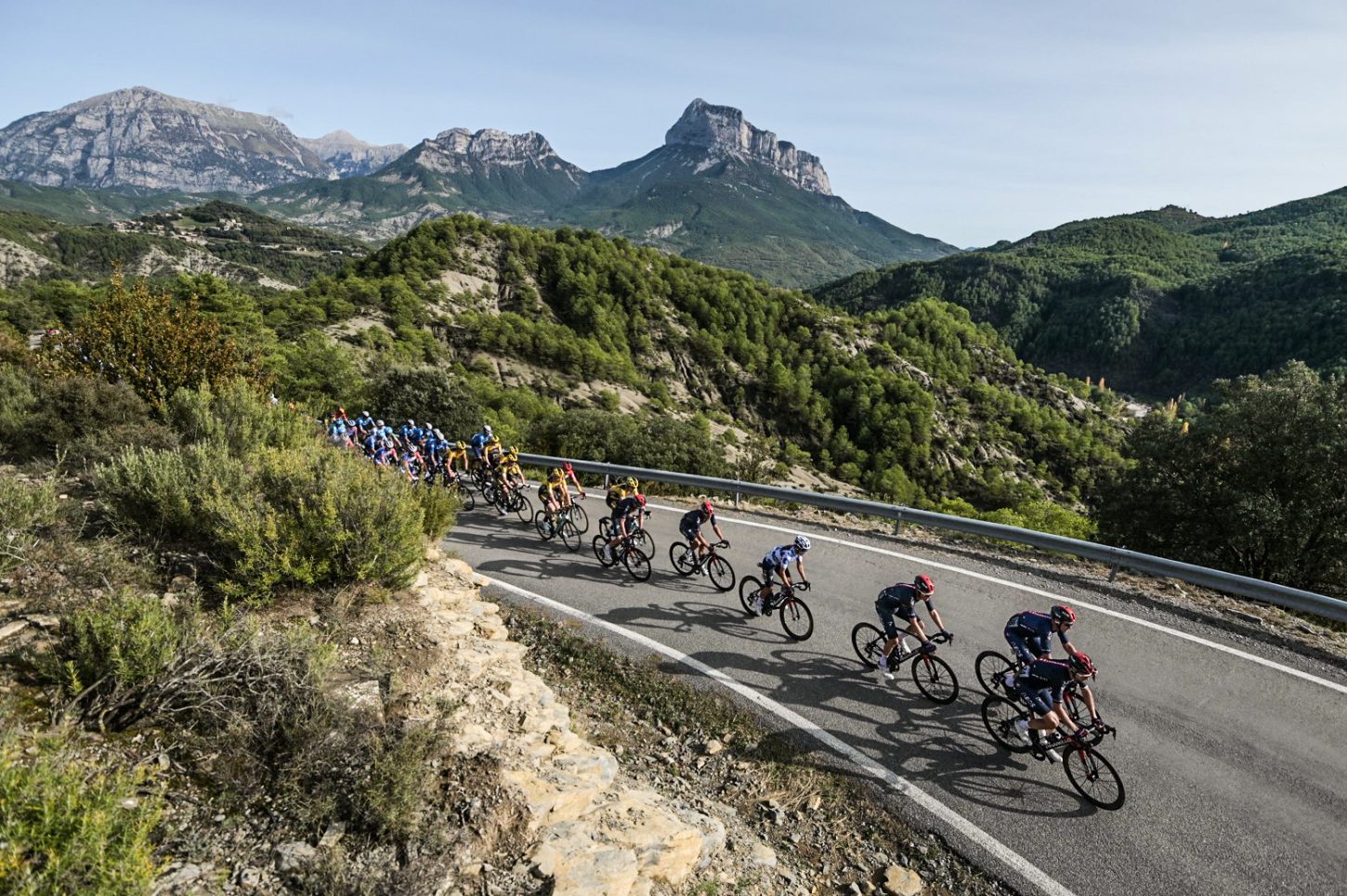 Tim Wellens (Lotto–Soudal) pulled away from Guillaume Martin (Cofidis) on a brutal final ramp to the line to win stage 5 of the Vuelta a España  from a three-man breakaway group.

Dan Martin (Israel Start-Up Nation), second in GC, crashed as the peloton came home more than two minutes later – but he will awarded the same time because his fall occurred during the final three kilometers.

Meanwhile, Primoz Roglic (Team Jumbo-Visma) led the main bunch home to successfully hold onto the red jersey for another day and may even increase his lead after attacking out of the peloton in the final 100 meters.

Wellens did enough during the stage to claim the lead in the mountains classification after securing maximum points across all three climbs.

Early competition for the escape was fierce, with a successful move not getting underway until nearly 100 kilometers of racing.

Follow-up replays seems to suggest that a dramatic change of line from Roglic on the final corner may have caused the crash the brought down Matin.

With around 80 kilometers to go, all of the escapees were caught. But, Martin, Wellens and Arensman later formed their own breakaway just 10 kilometers later.

The trio arrived at he last kilometer together, with Arensman being the first rider to attack. But, the French rider was quickly reeled back in.

Wellens was the next to try his luck, which proved to be a winning move for the Belgian rider, despite a valiant effort by Martin to try and rein him in during the closing meters.