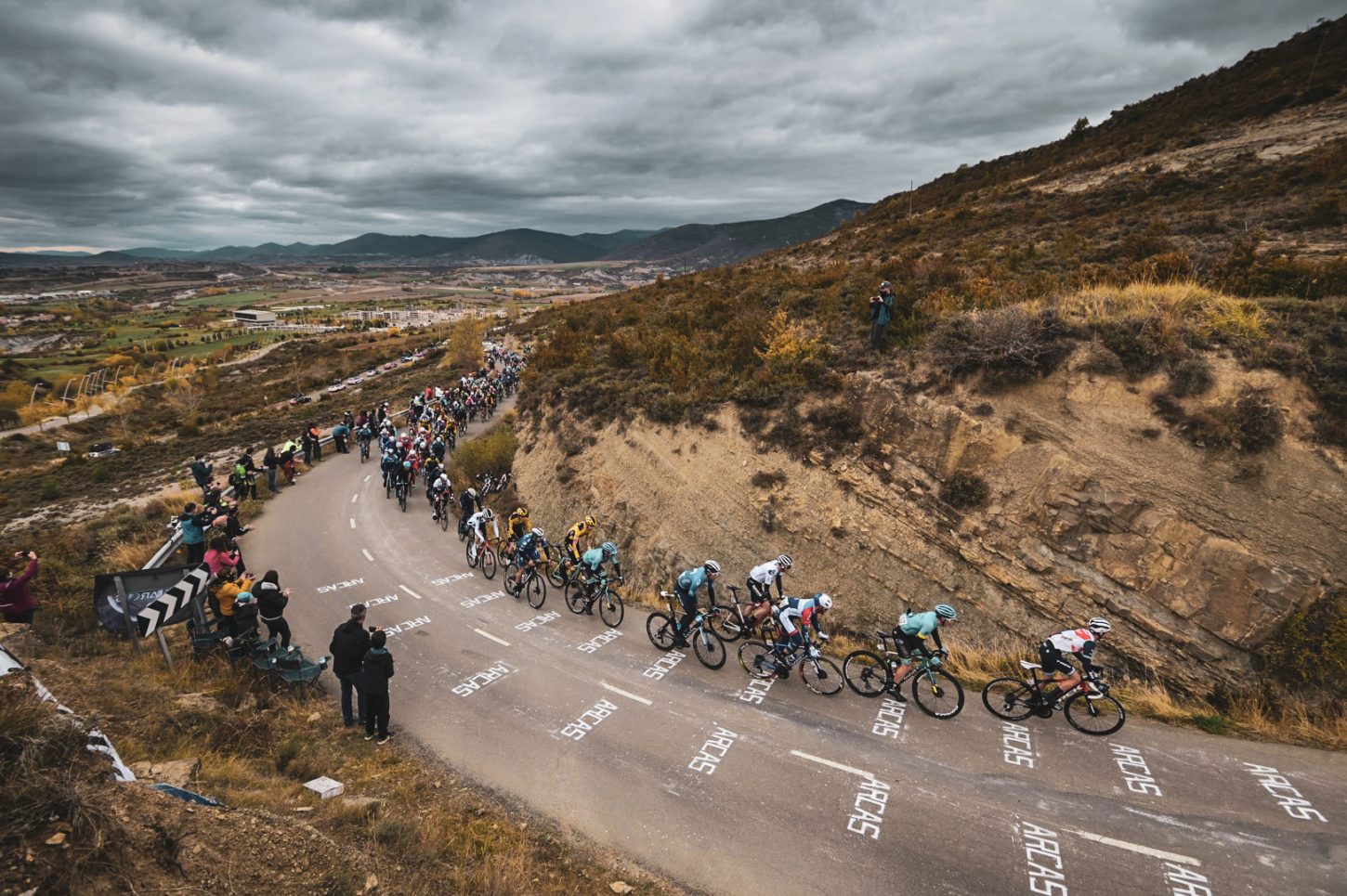 With driving rain soaking the peloton for the second half of the 147.5 kilometer stage, Izagirre pulled clear with three kilometers remaining after his brother, Gorka, had seen his solo breakaway attempt foiled

Roglic appeared to suffer a mechanical problem before the final climb. As a result, he was dropped during the last two kilometers.

Hugh Carthy (EF Pro Cycling) finished strongly to move up to second in the overall standings, beating Carapaz to the line with a very late surge .

The general classification was turned on its head with Roglic now down in fourth, off the podium. Dan Martin (Israel StartUp Nation) cedes one place and sits third overall.

Roglic retains his lead in the green jersey, while Tim Wellens (Lotto Soudal) takes the king of the mountains polka dots into the first rest day. Enric Mas leads the white jersey competition as he has since the first day of the race, with Andrea Bagioli losing considerable time and tumbling out of the top three in that classification to be replaced in second place by Aleksandr Vlasov (Astana).

The stage began with a furious fight to make it into the break. Remi Cavagna (Deceuninck Quick-Step) did much of the early work to establish a move and, once the peloton sat up, he was among the 23 who led the race. At the summit of the penultimate climb, the category 2 Alto de Cotafablo, Gorka Izagirre pushed on – and from that point, with 40 kilometers left in the stage, the large breakaway group never reformed.

A few minutes later, it was also on the descent of the Cotafablo that the first shots were fired in the general classification fight, with Andrey Amador of Ineos putting the peloton to the sword with some impressive descending. In the valley before the climb of Aramon Formigal it was Movistar who took up their cudgels, calling back two riders who had been in the break to assist in the furious pace-setting.

Roglic became isolated at this point and while George Bennett did what he could to help his leader, the Kiwi was distanced with much of the final climb still remaining. From there, Roglic was unable to respond to the multiple attacks that came, with Carthy and Carapaz following an attack from Esteban Chaves (Mitchelton Scott). Roglic was unable to follow the move, despite eventually catching a slowing Chaves. He finished 50 seconds behind Carthy, 43 behind Carapaz.

David Gaudu also improved his GC position after a late attack out of the peloton with Groupama teammate Bruno Armirail saw him come within seven seconds of catching Carthy.