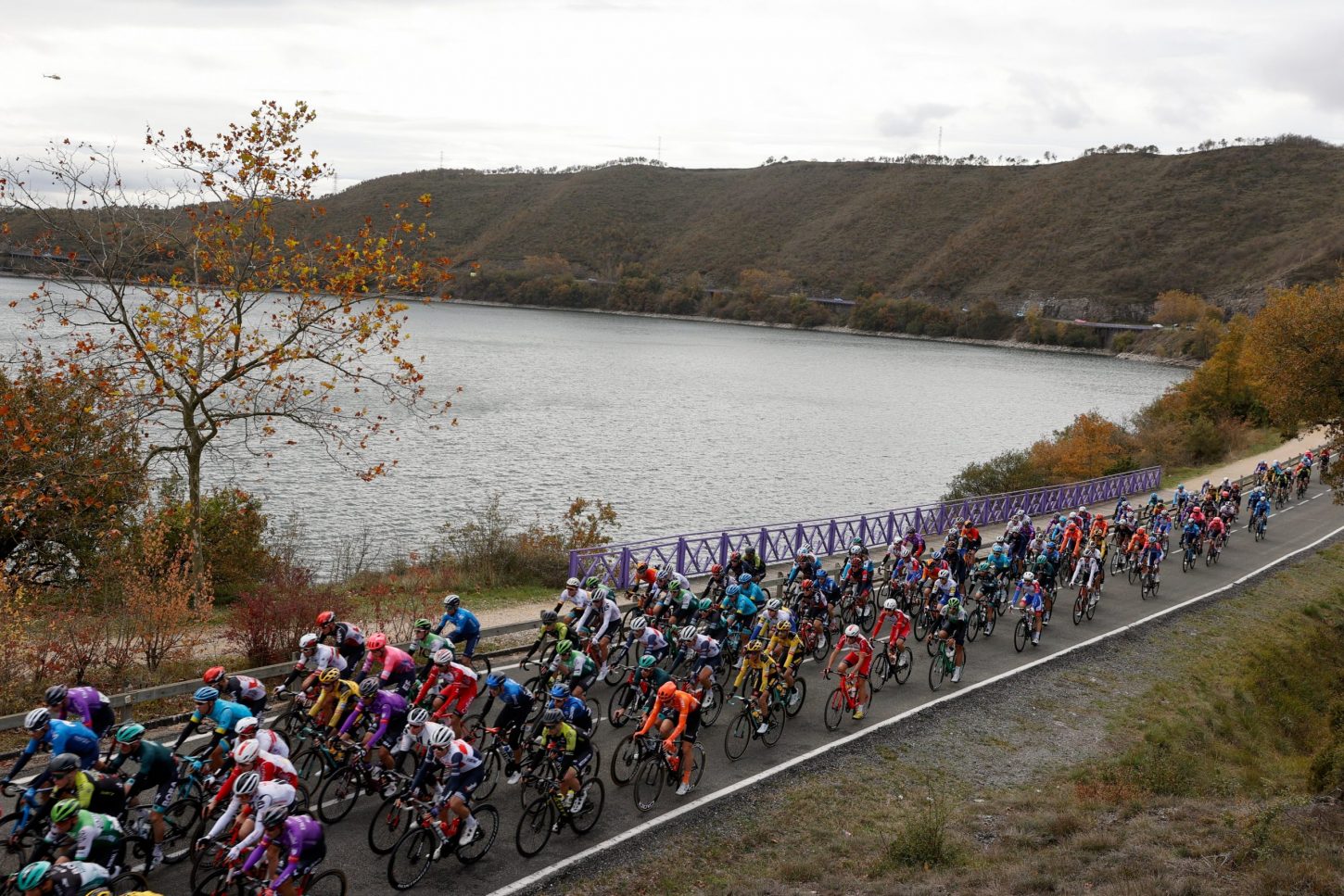 Michael Woods (EF Pro Cycling) won stage 7 of the Vuelta a España in Villanueva de Valdegovia today, after the Canadian rider rode clear of a small the breakaway group along on the final ascent of the Puerto de Orduña to claim the stage honors with a late attack – beatingOmar Fraile (Astana) and Alejandro Valverde (Movistar) to the line.

Meanwhile, the peloton crossed the finish almost a minute in arrears, with no attacks coming from the GC hopefuls on the steep slopes of the Puerto de Orduña.

As a result,  Richard Carapaz (Ineos Grenadiers) retained the red jersey with an 18-second advantage over Hugh Carthy (EF Pro Cycling), while Guillaume Martin (Cofidis) takes over the lead of the mountain classification as the race heads to La Rioja and the summit finish of the Alto de Moncavillo tomorrow.

Woods made his initial move on the second ascent of the Puerto de Orduno before being joined by the two Spaniards over the summit, along with French duo Nans Peters (Ag2R-La Mondiale) and the new polka dot jersey Guillaume Martin (Cofidis).

With Spanish veteran Valverde a general classification threat to Woods’ EF Pro Cycling teammate Hugh Carthy, the Canadian refused to pull for the leading quintet as a chase group of a dozen riders led the chase behind, one minute ahead of the peloton.

Valverde, Peters and Martin all put in digs in the final 10 kilometres on the tense approach to the finish at Villanueva de Valdegovia before Woods took his chance on a sweeping downhill section ahead of the final kilometre.

Fraile led the chase but ran out of road, the two-time Vuelta king of the mountain winner left to rue his indecision as he crossed the line just four seconds back with compatriot Valverde on his wheel.

The victory was Woods’ second of the season and came two years after his only previous win on the Vuelta. It also saw the 34-year-old turn the page after a nasty crash in the opening stage effectively ended any hope he had of improving on his career-high seventh place in the Spanish Grand Tour.

“I was with four other guys and they were riding super strong,” Woods said. “I felt bad I couldn’t pull through but with Valverde in the group – I couldn’t give him any time because we had Hugh Carthy in the peloton behind. So I was able to sit in a bit, then, with a bit of luck, I had the legs and I was able to get the win.”

Carthy finished safely in the pack almost one minute behind to retain his second place on GC, 18 second behind Carapaz, with Dan Martin (Israel Start-Up Nation) still in third at 20 seconds back.

Valverde moved up one place to ninth and is now 2:03  down on Carapaz, with George Bennett (Jumbo-Visma) moving up three places and entering the top 10 after also starring in the day’s break.